Even though this live record might sell tickets, it’s hard to recommend these readings over the classic versions that retain their modest yet earnest emotional punch.

Even if Graham Nash wasn’t a two-time Rock and Roll Hall of Fame recipient (with The Hollies and Crosby, Stills, & Nash), his place in the genre’s history is secure. Even his work outside of music in photography, as an author and an organizer for social issues (No Nukes) is recognized worldwide. He’s won numerous songwriting awards and was also appointed an Officer of the Most Excellent Order of the British Empire (OBE) by the Queen of England. It has been quite a life.

And it’s not over.

Although Nash released six records under his own name throughout the decades, and others sharing billing with ex-pal/band mate David Crosby, his first two, Tales for Beginners (1971) and Wild Tales (1973), are generally acknowledged as his finest and most popular solo works.

So it comes as little wonder that he would join the ever expanding club of legacy acts who play entire older albums live, reprising those first few successes. Significantly though, only one of Nash’s biggest hits, or songs he is best known for, ‘Chicago’, is included here. Still, it allows him to re-examine compositions from five decades ago with a fresh perspective.

These folk, pop and occasionally twangy (‘You’ll Never Be the Same’ should have been a hit on county radio) tunes are cherry picked from three nights in September 2019, just before the pandemic raged. Nash is supported by a terrific core band of six, along with a duo of backing vocalists, bringing crispness and vitality to the stage.

Unlike Bob Dylan or David Bowie, he doesn’t mess with or update the arrangements, sticking close to their recordings. Since some deeper titles never made it to his live shows, this provides a chance for their first concert airing.

Despite little to no chit-chat with the audience, Nash is in stellar form. His voice has lost little of the boyish enthusiasm he exuded with The Hollies (although none of that material gets an airing) and his multi-talents on guitar, piano and harmonica remain impressive. The supporting musicians do an admirable job replicating the studio takes without altering them. The result is exactly what you would expect; respectful, professional and a little dull.

While a few minor variations enhance the program (like getting the audience to sing along to “we can change the world”), and the sturdier audio adds mystery to the closing ‘Another Sleep Song’, the question begged is “why bother?” The set list doesn’t deviate from the initial running order and there are few surprises… so why not just listen to the originals, all easily available in this age of streaming? Perhaps reviewing the enduring concepts concerning some of Nash’s political statements and matters of the heart highlights his songwriting abilities for a new generation.

Nash, now 80, has every right to be proud enough of these songs to revisit them live for both his and his audience’s enjoyment. But even though it might sell tickets, it’s hard to recommend these readings over the classic versions that retain their modest yet earnest emotional punch even 50 years after the fact.

Graham Nash: Live is out on Friday 6th May via Proper Music. You can purchase the record from Holler's selected partners below: 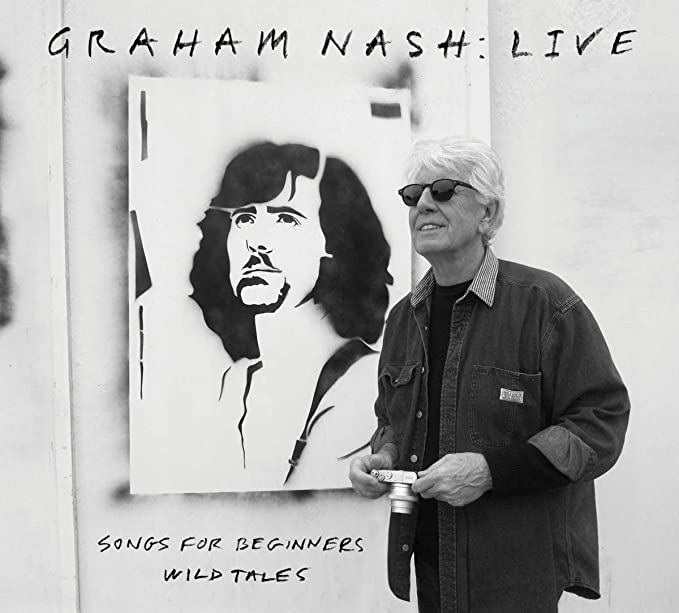