The party vibe and positivity that oozes out of this album is surely what we all need to hear in 2021. Florida Georgia Line are back to their best. 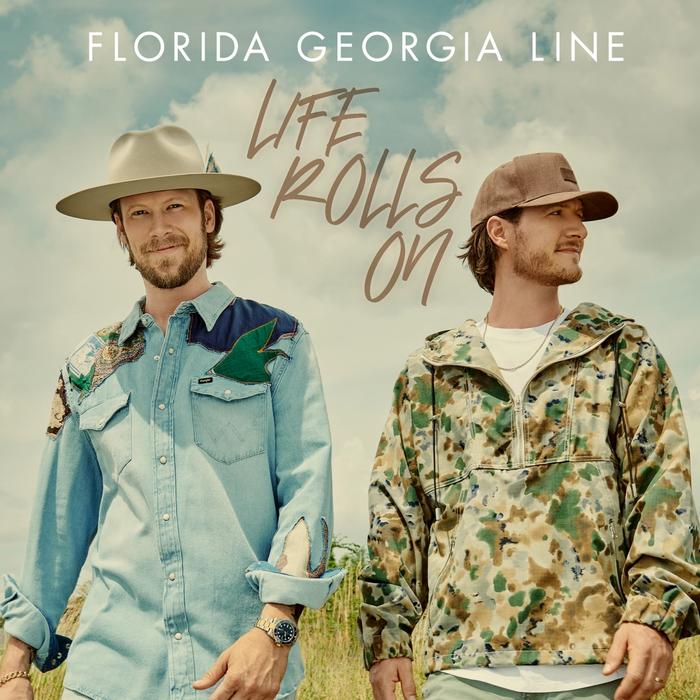 Florida Georgia Line have dominated the country charts since they first burst onto the scene in 2012. Their up-beat, feel good, anthems such as their 11x platinum, number 1 hit ‘Cruise’, and their record breaking, cross-over hit ‘Meant To Be’, have captured the hearts of fans in the US, while opening doors for the duo across the Seas. However, never before has the world needed a well-written, well-produced mood booster of a record like they need it now; with their fifth album, ‘Life Rolls On’, Florida Georgia Line have delivered.

Since their inception in 2010, the duo have had to justify their place within country music to the purists of the genre. Their last record was a direct response; Can’t Say I Ain’t Country got to number 1 on the US Country Albums chart, just as all their previous records did before it. While the unmistakable twang in their vocals and the traditional instrumentation helps to continuously justify their statement, the pop sensibilities within their melodies are ever present - showing just how set they were on breaking through to the mainstream. Life Rolls On is not too dissimilar in the sense that it pays homage to the duo’s Country roots, whilst still managing to push the boundaries of the genre - extending an invitation to those who feel alienated by a stereotypical sound.

When it comes to Florida Georgia Line, the odd cliché is always appreciated. Here that's offered by two songs that book-end the record, driven by banjo. ‘Long Live’, co-written by the duo with Corey Crowder, David Garcia and Josh Miller, is very much on brand for the pair. The chorus celebrates the country lifestyle, as Hubbard and Kelley swoon about small towns and dirt roads, all with a nod and a wink to “Haggard and Hank”. At the other end of the shelf, ‘Life Rolls On’s arrangement of the percussion, alongside its relationship with the mandolin and banjo, makes it feel like the calm before the storm; like when you reach the end of a good book and you can’t wait the extended time for the sequel to come out. So it's interesting that one of the biggest departure’s for the duo, and perhaps the centrepiece of the record, is the ballad ‘Long Time Comin’. The heartfelt love song leaves so much space for the lyrics to soar - particularly within the beautiful harmonies and the Hammond organ that blossoms within the country.. Let's be honest, every Country artist needs a powerful 6/8 ballad in their repertoire.

Despite Florida Georgia Line’s loyalty to their musical roots, they have always had a penchant for genre-bending within their productions. ‘Countryside’ feels like a juxtaposition within itself; lyrically it contains all the buzzwords - ‘Park this truck in the pale moonlight’ and ‘Backroad, go and turn the Twitty up / pour some whiskey in a dixie cup’ - but it's melodically hip-hop feel takes Florida Georgia Line into uncharted territory. The phased vocals of ‘Ain’t Worried Bout It’ elude to more of a pop refrain, whereas the spoken word style of the verses explore another new technique for the duo who don't rest on their laurels.

The record as a whole of course possesses the Florida Georgia Line stamp - the ear-worm hooks and carpe diem style of songwriting is ultimately ingrained within them - but at the same time, it feels fresh. Life Rolls On is sure to be the soundtrack to summer, despite whatever might be happening outside of the music, the whole record speaks to those who are just loving life and living every minute. The party vibe and positivity that oozes out of this album is surely what we all need to hear in 2021. Florida Georgia Line are back to their best.