Scott misses a golden opportunity to break new ground - though you can’t help but feel this was never his aim in the first place.

Since releasing his debut album in 2016, which spawned his break-out hit, ‘My Girl’, it’s safe to say that Dylan Scott has been biding his time. He teased this new album way back in 2019 with his Nothing to Do Town EP, but has spent the following years crafting and honing his sound. It’s this unhurried approach that Livin’ My Best Life embodies.

Scott’s decision to take his time is commendable. However, the fact that some of these tracks were released three years ago runs the risk of them feeling dated. This is compounded by the fact that Scott is considered to be a member of the highly maligned bro-country wave that defined the 2010s.

Lyrically, this is unfair, with Scott’s music tackling far deeper topics than the appeal of Daisy Dukes and the number of tequila shots that’ll be consumed at the next bonfire party. Sonically, however, Scott’s new project is noticeably reminiscent of the Kings of bro-country, Florida Georgia Line - who both also have writing credits on the record.

FGL’s muscled-up, layered vocals and hip-hop impulses loom large over the majority of Livin’ My Best Life. This is not necessarily a criticism, particularly given the fact that FGL have recently announced their own hiatus; leaving a gaping, diamond-record-sized space in country radio that Scott could well be aiming to fill.

Jimmie Allen-collab ‘In My Blood’, for instance, draws heavily on the souped-up bro-country sound, and the song’s frequent gear changes and high energy revs work wonderfully, as they drive the song towards a compellingly vivid destination.

Admittedly, though, Livin’ My Best Life is largely unoriginal. The album opener, ‘New Truck’, is as generic as its title; territory previously covered by Tim McGraw’s ‘7500 OBE’ and Morgan Wallen’s ‘Silverado For Sale’, for example.

Speaking of Wallen, the track he penned with his songwriting buddies HARDY, Mark Holman and James McNair, ‘Amen to That’, sounds far too similar to his own material for it to feel fresh on Dylan Scott’s album. It begs the question of whether a song’s lack of individuality should necessarily get in the way of its quality.

What it certainly shouldn’t detract from is this album’s thematic cohesiveness.

All the tracks feel true to what Scott truly wants to be singing about. Again, these are often the classic tropes of celebrating small-town living (‘Nothing To Do Town’), love songs dedicated to his childhood-sweetheart-turned-wife (‘Ain’t Much Left of Me’, ‘Nobody’, ‘Lay Down With You’), and wistful odes to growing up (‘Tough’, ‘Good Times Go By Too Fast’).

‘Tough’, in particular, has a philosophically interesting message about the relationship between a father and son, but the repetitive melody unfortunately ends up obscuring the emotional impact of the final chorus.

Even so, Scott delivers each of these tracks with enough vitality and heart that they feel genuine. His vocals are consistently strong, and he sounds just as comfortable turning down the lights on a slow, romantic ballad as he does blowing out the speakers on an electric, hell-raising anthem.

Livin’ My Best Life presents a strange paradox of being unavoidably derivative while at the same time being unquestionably authentic to the artist. Scott misses a golden opportunity to break new ground - though you can’t help but feel this was never his aim in the first place.

Livin' My Best Life is out on Friday 5th August via Curb Records. You can purchase the record from Holler's selected partners below: 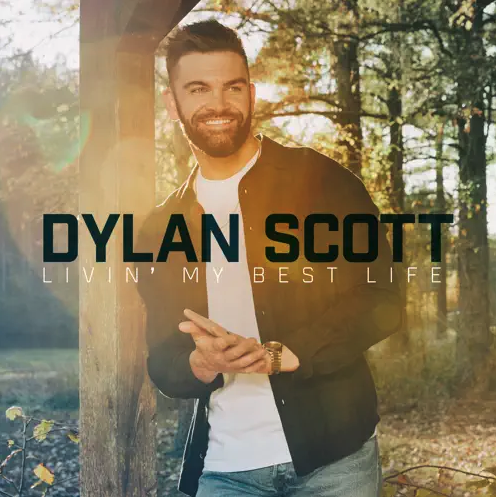