Listening to Almost Proud, you might think effortlessness is something that comes along with age. 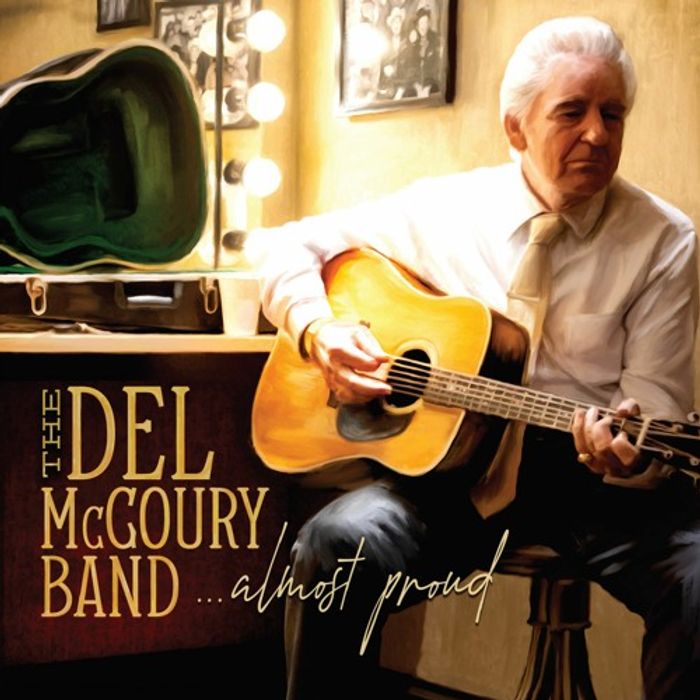 As much as we should all see it coming, age has a way of sneaking up on people. Of course, countless songs have reminded us not to take youth for granted, but if Del McCoury’s new album Almost Proud is any indication, there are benefits to ageing too.

It’s this appreciation for getting older, which McCoury gets across with a combination of wisdom and whimsy, that makes Almost Proud such a charming breath of fresh air. “I did things that I’m not proud of / to see if anybody cares” McCoury sings in the opening verse of the title track. “That’s the wrong kind of attention / I was young and dumb and loud / Now I’m quiet and I’m older / Would you believe I’m almost proud?”

Penned by Eric Gibson and Mike Barber of The Gibson Brothers, ‘Almost Proud’ was written ten years ago and forgotten about, scrawled into a notebook that was inadvertently left in a touring van Gibson gave away to his brother-in-law. When the brother-in-law returned the notebook years later, Gibson added some fresh touches before passing the tune along to McCoury.

The delay proved to be fortuitous, as McCoury, now in his eighties, is quite convincing in the way he winks at the audience while playing up his bewilderment. Apparently, the song’s narrator did his damndest to forestall maturity, but time, alas, has caught up with him. Though we smile at McCoury’s comic flair, the profundity of the moment doesn’t slip by unnoticed when, in a later verse, he describes the simple joy of watching a cardinal at his bird feeder.

We expect wistfulness and bittersweet reminiscing from songs that gaze back to the past—and, to be fair, this album does contain its fair share of those sentiments—but Gibson, Barber, McCoury and his band lend new meaning to the term growing older. Rather than offer the familiar lampoon of an old curmudgeon who feels left behind, McCoury keeps tongue planted firmly in cheek whilst sketching a portrait of what it’s like to catch up with oneself.

Oddly, though, McCoury’s reedy, high-pitched voice sounds like it belongs to someone one-third his age. Backed by his sons Ronnie and Rob on mandolin and banjo, along with fiddle player Jason Carter and upright bassist Alan Bartram, McCoury creates an ambience that’s hard to pinpoint to the present day. That said, McCoury’s enthusiasm for discovering new material enlivens the album with a freshness that’s hard to resist.

With two songs written by McCoury—‘The Misery You’ve Earned’ and ‘Running Wild,’ the latter of which also sat forgotten for over a decade—the majority of the album consists of songs McCoury just happened to really enjoy. He gives Kris Kristofferson’s ‘Love Don’t Live Here Anymore,’ for example, a bluegrass makeover that renders the song almost unrecognizable from its original version, a slow-loping honky tonk ballad that first appeared on Natural Act, a 1978 duet album by Kris Kristofferson and Rita Coolidge.

Predictably, this new arrangement lifts the song out of 70s-era Nashville; it could’ve emerged out of an Appalachian cabin in the early 20th century, if not earlier. That said, McCoury actually picks up the tempo, seemingly unable to repress his energy level even as he conveys heartache. Likewise, ‘Honky Tonk Nights,’ which features Vince Gill, practically explodes out of the speakers in a tumbling avalanche of stringed instruments.

Throughout, McCoury and company spring from one musical setting to the next, sounding as lithe and alive as ever. Listening to Almost Proud, you might think effortlessness is something that comes along with age.

Del McCoury's new album, Almost Proud, is out now via McCoury Music. You can purchase the record from one of Holler's selected partners below: 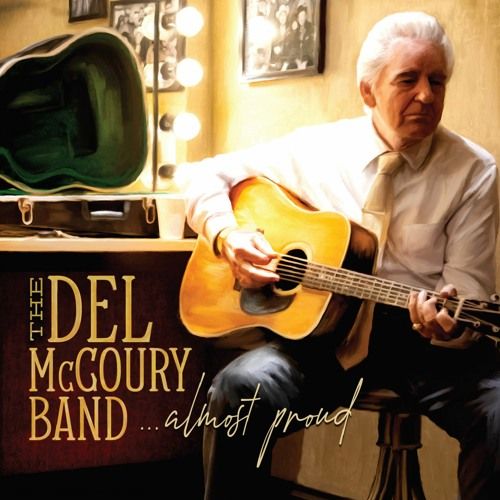