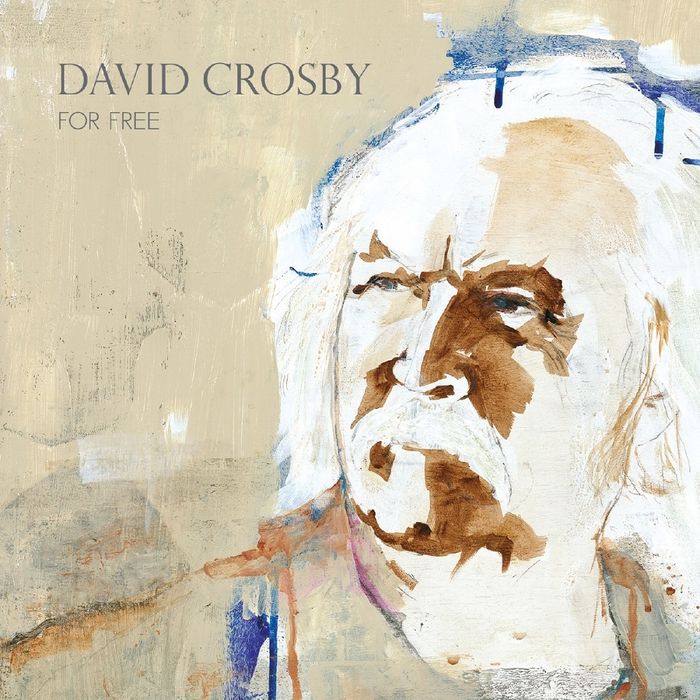 For a reformed wild man who already felt himself to be on his ninth life all of 25 years ago, David Crosby has not just seized the day, but the decade. His latest release, For Free, is his fifth studio project of the past seven years. It's a remarkable scorecard for a lifetime talisman of the California sound, and double Rock and Roll Hall of Fame inductee with the Byrds and CSN, who is about to assume status he never expected as an inspirational octogenarian.

Crosby's follow-up to 2018's Here If You Listen, with Michael League of Snarky Puppy, Becca Stevens and Michelle Willis, has been created with the help of some fellow big-leaguers. Michael McDonald, Donald Fagen and Sarah Jarosz are all superbly cast in key roles, but his chief collaborator - and the album's masterful wrangler - is James Raymond, who only found out he was David's son in the early 1990s. The bloodline ran all the way through their first work together in the band CPR (check out their self-titled 1998 record and the 2001 follow-up Just Like Gravity for some vital background listening).

Opening these latest proceedings is 'River Rise', a perfectly judged meeting of mighty voices with McDonald, on which the only caveat on a stirring first track is an excess of studio sweetening on Crosby's vocals. But there's a joy and vivacity in his delivery, a magic in the memories they conjure and an inquisitiveness to see just how far he can take this late-period purple patch, that outweigh such concerns.

The record never looks back, exuding a warm ambience and an assured sense of imagination. 'The Other Side Of Midnight' typifies the dream harmonies on offer from a man who helped invent them in the rock milieu, and 'Secret Dancer' is a delicate acoustic confessional with an exquisite jazz sheen.

'Rodriguez For A Night' has you scrambling through your Steely Dan rarities to figure out how you missed it. The answer is that Fagen wrote it especially for this record, as a mark of their mutual admiration. It's a teaming from far beyond the velvet rope, replete with the mysterious sophistication of Fagen's best with Donald Fagen.

'For Free' itself is a delightful cover of the typically insightful song from Joni Mitchell's third album, Ladies of the Canyon, by a lifetime friend who is eminently qualified to take it on. Croz always admired it as a simple depiction of music as a compulsion, inspired by a “one-man band by the quick lunch stand”. Sarah Jarosz shadows him vocally with all the required elegance.

Raymond's solo composition 'I Won't Stay For Long' is the perfect closer, inspired by the 1959 film Black Orpheus and made by his father into an inspirationally appropriate piece of self-analysis. “I don’t know if I’m dying or about to be born”, he sings with searing poignancy, standing on a porch that feels like a cliff. Crosby's better angels have delivered in spades again.