David Crosby & The Lighthouse Band - Live at the Capitol Theatre

All quite lovely, charming and sedate, although at times the adjective snoozy rears its head... 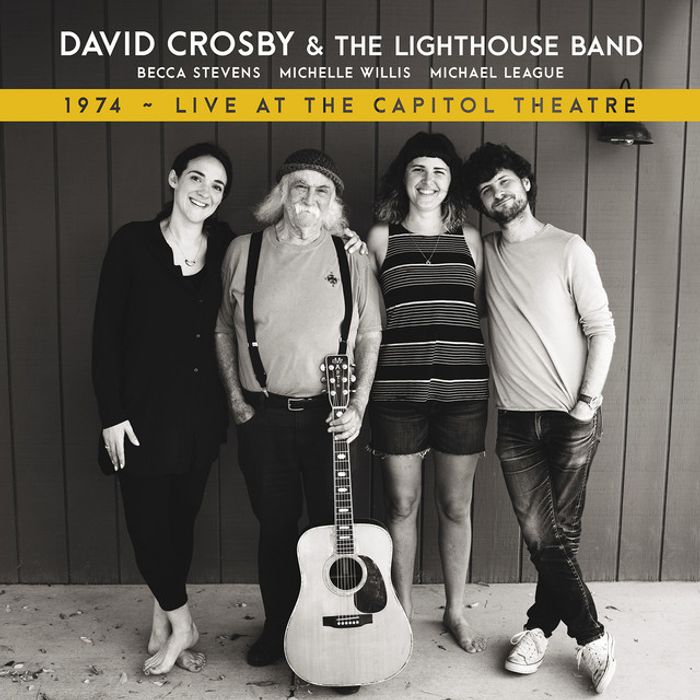 David Crosby might have burned musical and personal bridges with members of his other bands, but the 81-year-old singer/songwriting icon (The Byrds/CSNY) still attracts plenty of fans. He’s been on a career high prolific streak too, crafting five solid studio releases since 2014. This, his first live one as a frontman, was recorded at the titular venue in December 2018.

Croz toured with support from the three-member Lighthouse Band who helped create his 2016 and 2018 albums. It’s a drum-free, predominantly acoustic affair with Michael League (from jazzers Snarky Puppy) and Becca Stevens on various stringed instruments along with keyboardist Michelle Willis. Crosby sticks to vocals.

As the instrumentation implies, this is a laid-back folk show. The foursome coheres musically, especially when harmonizing together for the 16-song, hour-and-fifteen-minute performance. About half the selections are from two albums he recorded with The Lighthouse Band, the rest are rearranged versions of older fare such as ‘Carry Me’ (Crosby and Nash), ‘Guinnevere’, ‘Laughing’, and ‘What are Their Names’, all played with grace and subtlety.

The mood turns jazzy on a 10-minute version of ‘Déjà Vu’ that starts with Crosby scatting before entering the song’s main sections. It’s the highlight of the gig, one where the band solidifies around Crosby’s amazingly (for his age) agile and youthful vocals.

It’s all quite lovely, charming and sedate, although at times the adjective snoozy rears its head. The newer material is pleasant but the songs are often wispy and Crosby’s predilection for twisty, oblique compositions yields aloof melodies with complex arrangements. Classically trained singer Stevens turns in wonderfully sweet vocals, especially on her own ‘Regina’. A closing delicate cover of ‘Woodstock’ evokes Crosby’s past while paying tribute to Joni Mitchell, whose music he was an early proponent of.

It’s understandable that Crosby wants to promote his recent songs, but the lack of any Byrds tunes, and only a handful of gems from his CSNY days is disappointing. While few would expect him to rock out like his ex- comrade Neil Young, the overall hushed nature of the evening could use some extra oomph to connect more effectively.

Live at the Capitol Theatre is out on Friday 25 November via BMG. You can purchase the record from one of Holler's selected partners below: 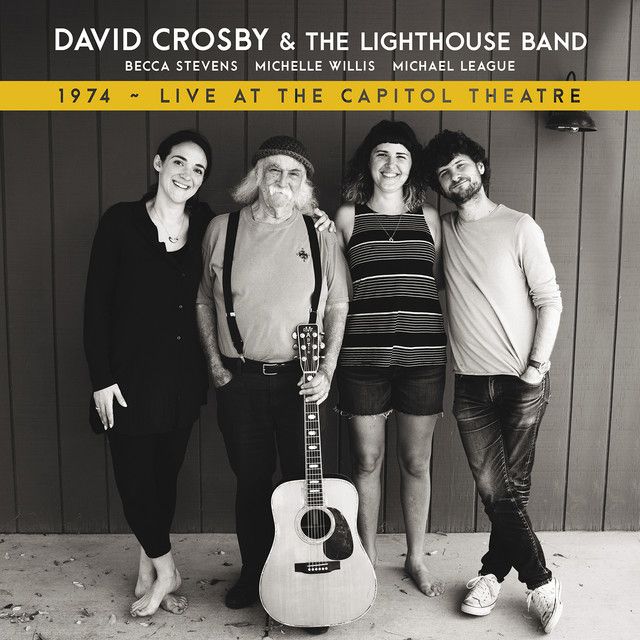