Watson's spirited, affectionate work on Presents: The Memphians may only be a side trip in an extensive career, but it further confirms his love of a genre he will never abandon. 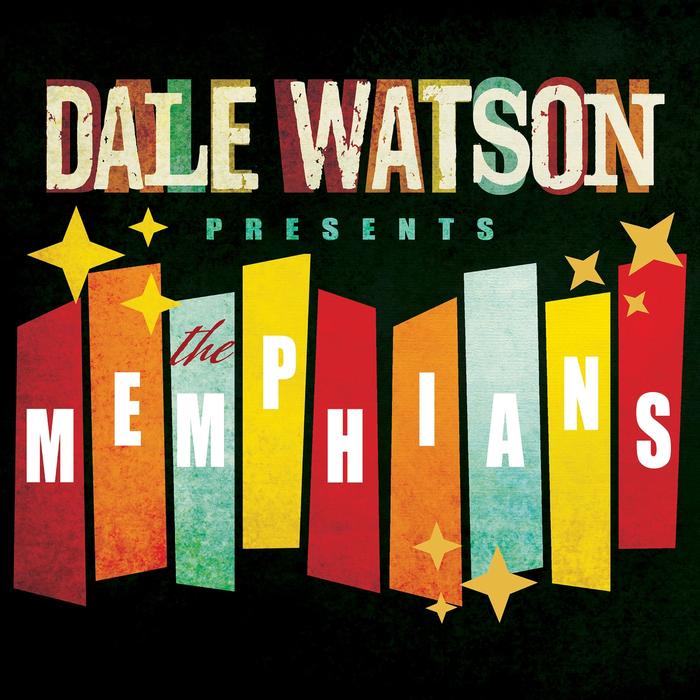 It’s arguable that, the only country musician tied more closely to Texas than Dale Watson, is Willie Nelson. So it came as a surprise, shock even, that honky-tonk veteran Watson, who calls his brand of roots-country “Ameripolitan,” picked up his Lone Star stakes in 2017 and moved to Memphis.

Still, to borrow a cliché, you can take the man out of Texas but you can’t take Texas out of the man. The tattooed troubadour with the grey-haired pompadour may have shifted home base, but his basic MO of retro country and Americana made for ragtag bars and taverns remains intact on this, his first all instrumental release. Watson, known as much for humorous, self-deprecating and occasionally heartfelt lyrics sung with his booming baritone, puts those trademarks, fine-tuned over a three decades-plus career, on hold – for this album at least.

Instead, Watson and a tight-knit quintet of musician friends decamped at Memphis’ Wat-Sun Studios (note the Sun studio reference) he owns and cranked out ten vocal-free originals. Even though these are all penned or co-written by Watson, the songs have clear antecedents to the retro sounds of rockabilly, dimly lit nightclub noir and other twang-heavy chestnuts of the past. It’s no stretch to hear the strains of Floyd Cramer (‘Remembering Gary’), Santo & Johnny (‘Serene Lee’), Duane Eddy (the appropriately titled ‘Deep Eddy’) and any number of Sun cats (‘Mi Scusi’) in these tunes. Rollicking performances like ‘Hernando’s Swang’ (a reference to the landmark Memphis club Elvis used to hang out at, now owned by Watson) rock and swing with a gleeful exuberance, arguably more so than some of Watson’s vocal catalog.

On the flip side, the slow dance, indigo mood of ‘Serene Lee’ and the cha-cha ‘Dalynn Grace’ are some of the most tender music attached to the honky tonker’s name. Those looking for a dollop of double time gee-tar pickin’ will gravitate to the jittery ‘2020’ – where Jim Spake’s strip club-inspired honking sax is prominent, appearing liberally throughout the album to add an extra slice of sleaze to the proceedings.

Watson and band are clearly having a blast reproducing the sounds of 50s and 60s instrumental rock, pop and country – or a combination of all three - that inspired them. You don’t have to listen closely to pick out tributes to classic artists in that field such as Ace Cannon, Lonnie Mack, Dick Dale, Bill Black’s Combo and others in the tone, licks and overall vibe that’s generously splashed over these frisky selections. The opening ‘Agent Elvis’ even unapologetically borrows the riff of ‘Heartbreak Hotel’, while slathering on the reverbed husky quality of Duane Eddy.

Whether originating in Texas or Tennessee, no one will accuse Dale Watson’s music of not being true to its American roots. His spirited, affectionate work on Presents: The Memphians may only be a side trip in an extensive career, but it further confirms his love of a genre he will never abandon.