Leaning heavily on old school rock and pre-war blues, Vane’s songwriting also explores paths of gospel, bluegrass, delta blues, country and even waltzes, resulting in a record that resembles a patchwork quilt of influences, both old and new. 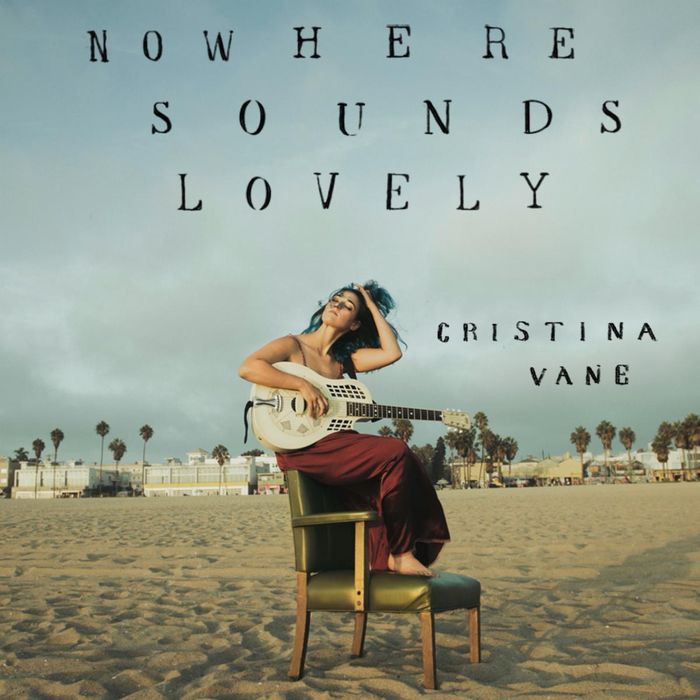 In capturing the artist’s first tour across the U.S, the record chronicles Vane becoming acquainted with the intricacies of American music; from sea to shining sea. Leaning heavily on old school rock and pre-war blues, Vane’s songwriting explores gospel, bluegrass, delta blues, country and even waltzes, resulting in a patchwork quilt of influences, both old and new.

Rather than focusing solely on emotional reflection, Nowhere Sounds Lovely sees Vane venture into the theme of place - something that immediately surfaces on ‘Badlands’, a delta blues ballad about the picturesque Badlands of South Dakota.

The journey continues with the whimsical ‘Blueberry Hill’, named after a street she walked daily during her adventures in Taos, New Mexico; a fitting feel for the land of enchantment. Vane later dips into stripped-back, pre-war blues nostalgia on the reminiscent ‘Dreamin Of Utah’, before pivoting to the upbeat, ragtime musings of ‘Heaven Bound Station,’ a song that documents her awe of the musical community in Nashville, whom she met when paying her first visit.

‘Prayer For The Blind’, a bluegrass-heavy banjo and fiddle duel, is inspired by a story Vane was told by a Nebraskan couple in Iowa; where a woman is concerned that her husband is cheating on her, with a woman with two peg legs. It seems that no matter the song, Vane’s vivid writing allows her newfound sense of place to shine through, welcoming the listener into the passenger seat on her travels.

While place is an underlying theme throughout the record, so is self-discovery. Vane tackles the highs and lows of relationships; on ‘Dream Boy’, she flips the script of typical “dream girl” and “lover boy” tropes, to instead describe the perfect, imaginary man of her dreams.

‘What Remains’ ponders love with a more sombre outlook, questioning if the constant process of picking yourself up from heartbreak is really worth it. Self-doubt also creeps into the picture, on the haunting blues of ‘Driving Song’; as she recounts a desolate late-night drive down I-10 in Los Angeles.

Other reflective compositions, like the country waltz stylings of ‘Satisfied Soul’, look at how the varying local flavors of the American landscape have contributed to Vane’s sense of fulfilment, while the happy-go-lucky ‘Travelin Blues’ confronts the fine line between freedom and running from your problems whilst living alone on the road. While Vane’s journey has been filled with wonder, it's also seen its fair share of bumps along the road.

But it’s this expression of vulnerability throughout Nowhere Sounds Lovely that acts as one of her biggest strengths, in the process showing both herself and others that life’s toughest moments oftentimes yield the most valuable lessons (and some of the best songs).

Though she may not be a United States native - admittedly still referring to herself as an outsider - Vane captures the sound and essence of American music to a T. From amber waves of grain to purple mountain majesties, Nowhere Sounds Lovely proves that Vane is more ingrained in western culture and music than many who’ve lived it their entire lives.