Breakup albums are well-worn folk territory, but Andrews brings fresh perspective to the larger picture of loss and sorrow on her beautiful album Old Flowers. 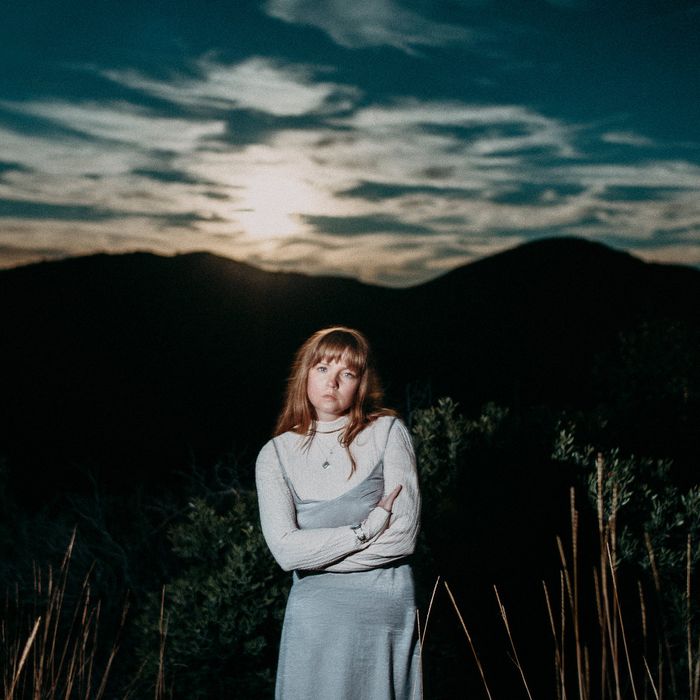 The aftermath of a relationship often leaves a lot to parse. There’s the why of it all, followed closely by the wherefore. But the bigger question eventually becomes: what next? Having opened yourself up to someone and loved them deeply, how do you trust that you have what it takes to do it again? Looking at things from the vantage point of an ending, love isn’t so inviting, nor starting over so simple.

On her album Old Flowers, singer-songwriter Courtney Marie Andrews poses those questions, excavating her nine-year relationship and examining the pain of its end with unflinching candor. Breakup albums are well-worn folk territory, but Andrews brings fresh perspective to the larger picture of loss and sorrow, and how both apply as much to oneself as to an ex.

While the vast majority of songs mourn her relationship, new fears surface about love’s heady demands. “I may never be the same,” Andrews sings on the thunderstorm of a song “Carnival Dream.”

That reckoning builds to a cathartic crescendo. “Will I ever let love in again?” she practically howls, while drums whirl around her voice, lightning strikes illuminating the larger angst of her grief. On the album’s opening track “Burlap String,” she admits against winding pedal steel, “I’ve grown cautious, I’ve grown up/ I’m a skeptic of love/ Don’t wanna lose what I might find.”

That same sentiment arises again on the twinkling “How You Get Hurt.” Andrews mulls over the initial hurt of her breakup, but eventually looks ahead to the larger risk of vulnerability: “I don’t want to get hurt/ Let my guard down/ Fall in love if it doesn’t work out.” It’s such a bare, honest rendering, and why vulnerability remains such a daring thing.

Over albums past, Andrews has flexed her folk inclinations in different directions. 2016’s Honest Life opted for more standard arrangements to showcase her rich storytelling and reach-for-the-rafters voice, while 2018’s May Your Kindness Remain wove in gospel influences to build a more colorful sound.

But on Old Flowers, the songs follow a slower pace, keeping tempo with Andrews’ memories, reflections, and her larger doubts for the future. She whittles her lyricism down to a pointed truth, which she surrounds with spare arrangements that intensify the flourish of her honesty.

As Old Flowers suggests, it’s impossible to water something past its prime. Best to let wilting leaves lie. But that doesn’t make saying goodbye so clear-cut. It never is. “What a goddamn mess/ Fate is such a joke,” she sings on “Together or Alone,” her voice nearing an emotional edge.

What happens next isn’t yet clear, but there’s hope for a time when things won’t sting quite as much. Perhaps there will even be room for joy - for holding dear the memory of what was. As she sings in the song’s chorus, “I hope one day we’ll be laughing, together or alone.”

The Songs That Changed My Life: Courtney Marie Andrews