Chris Young says he just can’t wait to start playing this new music on the road, and you simply can’t help but sense that excitement coursing through the songs on Famous Friends. 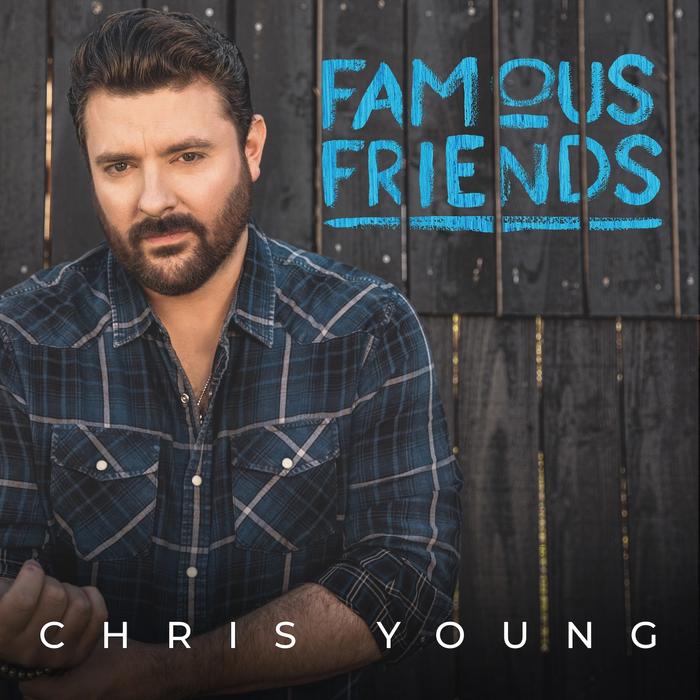 Chris Young says he just can’t wait to start playing this new music on the road, and you simply can’t help but sense that excitement coursing through the songs on Famous Friends. The headline news here is that Young genuinely has roped in some famous friends for this record, including Lauren Alaina, Mitchell Tenpenny and, of course, Kane Brown on the already award-winning title track.

The mood is established early on, when Young includes a knowing, sideways nod to the Garth Brooks classic ‘Friends In Low Places’, by referring to his own “friends in high places” on the title track. This solid-gold singalong with Kane Brown name-checks their humble, hometown friends, including teachers, preachers, and even a sheriff.

Joy and pain fluctuate throughout the album. ‘Raised On Country’ celebrates all things country music - “the soundtrack to my life”, he says. Young namechecks his musical idols Merle Haggard, Willie Nelson, Joe Diffie and George Strait over huge country beats, with wild guitar licks snarling around the edges. He then dips into raw despair on the contemplative track ‘Drowning’, where at first it seems he can’t move on from an old flame, until it becomes clear that she’s actually been taken from him “way too soon” due to an early death.

What could have been awkward and cheesy is surprisingly moving. His duet with Lauren Alaina, ‘Town Ain't Big Enough’, frames the couple as the king and queen of bringing life to a party – but that’s all in the past. We build up the picture of their flickering enmity by seeing it from both points of view, needing to draw a line through the city to stop trouble brewing between them and their friends. In other hands we might have been offered a neat or happy resolution, but this certainly isn’t the case here.

This being a country album, there’s also plenty of songs about drink as both a blessing and a curse. On ‘At the End of a Bar’, his duet with Mitchell Tenpenny, the two search for truth at the bottom of a glass. On ‘When You're Drinking’ the click-track anchors the potentially wayward sentiments, as this time he’s the sober one dreading a call from his drunken ex, as he knows he’ll fall for her spiel, even though she’s bound to leave him. Best of all, ‘Hold My Beer Watch This’ places him in a small-town dive on a Friday night as he braces for a fight, dying to punch a guy’s lights out – once he’s had one last sip to summon up some Dutch courage. Building into a big party track, this is bound to be an absolute kicker live.

Lifelong devotion is the theme of ‘Cross Every Line’, a song written by the incomparable Hillary Lindsey with David Garcia and Chase McGill, where the feeling of uncontrollable passion is compared to abandoning a sporting challenge or even bravery in the trenches. There’s another twist on this in ‘Rescue Me’ where sweet, squeaky acoustic guitar underpins his sentiment of wanting to be her Superman, even though she’s like kryptonite to him. Similarly, ‘Love Looks Good On You’ couches his outpouring of passion amid slowed-down finger-clicking, as his vocals go up several notches to emphasise his sincerity.

If you want to show Young’s mastery of the upbeat but also the intimate, then ‘One Of Them Nights’ is a good time made flesh, with shades of ZZ Top’s guitars and piles of imagery. By contrast, ‘Tonight We're Dancing’ is a highly romantic way to close the record, with another nod to George Strait, as a couple dances alone, barefoot in the kitchen, with gorgeous Spanish guitar picking from Danny Rader, and steel from Scotty Sanders.

Clearly, Young not only has the best friends, but he also knows how to use them.