Kudos to Bryant for overcoming his psychological obstacles to craft his sturdy, if a little cliched, of Upbringing. 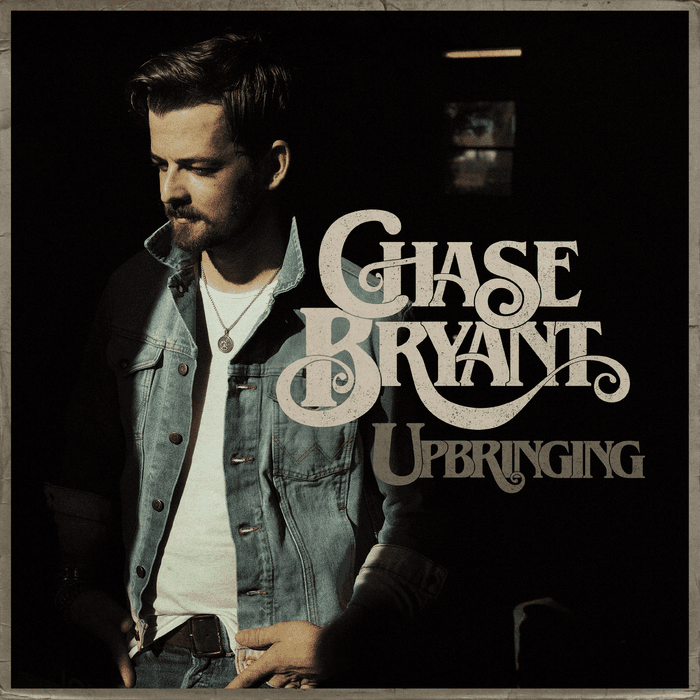 Some artists break big out of the starting gate and never look back. That is not Chase Bryant’s story.

But what a story it is.

After an auspicious beginning at the age of 21 with two hits in 2014, both slick Top 10 singles that put him on stage opening for superstars like Brad Paisley, Brantley Gilbert and Tim McGraw, things spiraled out of control quickly.

Bryant sunk into a state of anxiety and depression so deep that he put a .357 revolver to his head, asked for a spiritual indication, and when he didn’t get one, pulled the trigger. But he had mistakenly only put five bullets in the cylinder and by the grace of coincidence, or something divine, he hit the open chamber, sparing him. That was the sign he was looking for, spurring the motivation needed to turn his life around. He went into intensive therapy and mental rehabilitation, moved back to his home state of Texas and gave the music business another go.

The result is this long delayed second album.

In addition to his newfound psychological well-being, Bryant returned to the music he loved growing up by rootsy acts such as John Mellencamp, Tom Petty and Pat Green - all name checked in Upbringing’s songs - employed a stripped down set of top tier musicians and cranked out a dozen Americana rockers and ballads.

So far, so encouraging.

But instead of using lessons learned from his riveting life tale to fuel the lyrics of this enthusiastic comeback, Bryant writes about the usual country rock tropes of drinking in bars (‘Somewhere in a Bar’), drinking in cars (‘Drinkin’ in My Car’) and getting hammered on the weekend (‘Cold Beer’).

He follows the songwriting mantra of “write what you know”, even if these topics aren’t exactly fresh or under-explored. Some may say they are cliché, exemplified by “In a backyard fight on a Saturday night/I'll gladly go down swinging/My mama tried to raise me right/Grew up in a church choir singing” on the title track.

Though these tracks are said to have emerged from rugged studio sessions with no previous musical arrangements, they’ve been tweaked with ample overdubs to encourage maximum radio-ready audio punch and arena sing-alongs. Structurally, most follow the country rocking blueprint of emotional verses leading into booming choruses, albeit without a fiddle, pedal steel or banjo in sight.

While Bryant’s vocal twang and the subject matter colors this as country, it’s musically closer to Southern rock and Americana. Some impressive productions and compositions, like the closing six minute ‘High, Drunk, and Heartbroke’, show considerable promise amid the stereotypical genre structures. Here Bryant’s acoustic strumming and heartfelt vocal kicks things off, then Charlie Sexton’s solo electric guitar propels it, making this rawer and more authentic than what came before.

Bryant delivers the material with passion, but some formulaic, melodramatic love songs like ‘Even Now’ (he broke her heart but wants her back) and ‘Paradise’ (she gets him “higher than Denver”) are by-the-numbers and a sense of “we’ve heard this before” ennui sets in. His choice not to address the mental health issues and counseling that put his life back on track seems a missed opportunity to perhaps help others that need the same assistance he got.

Kudos to Bryant for overcoming his psychological obstacles to craft the sturdy, basic meat and potatoes of Upbringing. Here’s hoping next time he tweaks his lyrical game and pushes the musical boundaries that hamstring him on this unexpected return.

Upbringing is out on 16th July