An immaculate collection of hand-selected songs from a country yesteryear that exemplify Charley Crockett's reverence for his forefathers.

Always adventurous, and all too wise for the modern world, Charley Crockett turns back time to reveal the perennial nature of personal problems on his new album, Lil’ G.L. Presents: Jukebox Charley. The thoughtfully packaged project, produced by Billy Horton, arrives just six months after the acclaimed Music City USA and marks the Texan’s 10th album in just six years.

Next up in a tribute series to his nick-namesake and fellow country-blues connoisseur, G.L. Crockett, the 14-track collection is far from just another cover album. Jukebox Charley sees an artist rooted so deeply in the past that it is nearly impossible to proceed into the present without dragging dirt in from a distant decade. Hand-selected songs from a country yesteryear exemplify Crockett’s reverence for his forefathers.

Crockett steps further out into more obscure influences on what marks his fourth Lil’ G.L. record. Though he claims no credit on the lyrical content, he takes artistic liberties in his subjective interpretation of genre touchstones in each performance.

Kicking off with an instant classic, Crockett enlivens Cy Coben’s ‘Make Way For A Better Man’ with characteristically warm vocals to smooth the edges of the bass-driven tune. Recorded by Willie Nelson in 1967, the song unfolds like a honky tonk handbook on how to break a gentleman’s agreement when one party proves reckless.

Charisma pierces through fine-crafted vocal renditions of the songs that undoubtedly define his music career. Crockett tips his hat to the enduring acts by unearthing rare gemstones like Nelson’s ‘Home Motel’, but the soul of this project resides in the songs penned by lesser known legends, like ‘Battle With the Bottle’. Written by Joe Avants Jr and John Koonse, the piano-backed swing track employs personification to make the topic of addiction more approachable.

The varied selections date back over half a century into the foundational era of country music, yet Crockett’s unique ability to transcend time reveals that the problems these songwriters faced are indeed unrelenting. Though the song concepts are not novel, the artist leaves space in his interpretations to infuse the spirit of the modern man and personal strife.

Crockett, who admits to having battled addiction in the infancy of his career, touches again on the subject with George Jones’s ‘Out of Control’. Maintaining the structure of the 1960 single, his voice aches with a knowing twang.

In tune with the blues traditions native to his Texas landscape, Crockett deepens the breadth of Tom T. Hall’s ‘I Hope It Rains At My Funeral’. Wit-filled, this humble offering speaks in a simplistic language understood by all. He walks a fine line between hardened road-warrior and fragile, yet hopeless romantic — as expressed in the soulful delivery of lines like, “I learned what it means, to be somebody’s baby / They let you lie in your bed by yourself and cry.”

Some consider the 37-year-old a late bloomer, but he proves unbothered by such constructs and timelines. Crockett’s connection with the past is not so much about romanticizing the genre - rather, he approaches country music as a student, excavating the hidden histories of his spanning influences to resurrect the song-stories that shaped a modern American sound.

Lil' G.L. Presents: Jukebox Charley is out on Friday April 22nd via Son of Davy / Thirty Tigers. You can purchase the record from Holler's selected partners below: 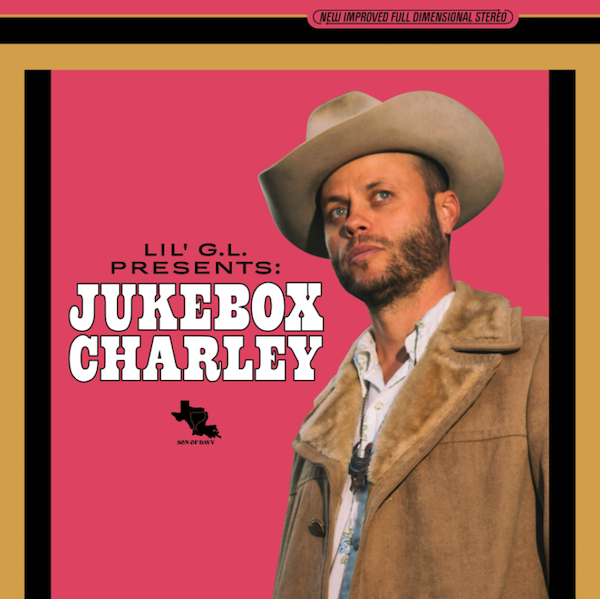 For more of Charley Crockett, see below: