As crushing and humiliating as heartbreak can be, it always allows for a rebirth of sorts. For Carly Pearce, it's resulted in 29: Written In Stone - a modern country music masterpiece. 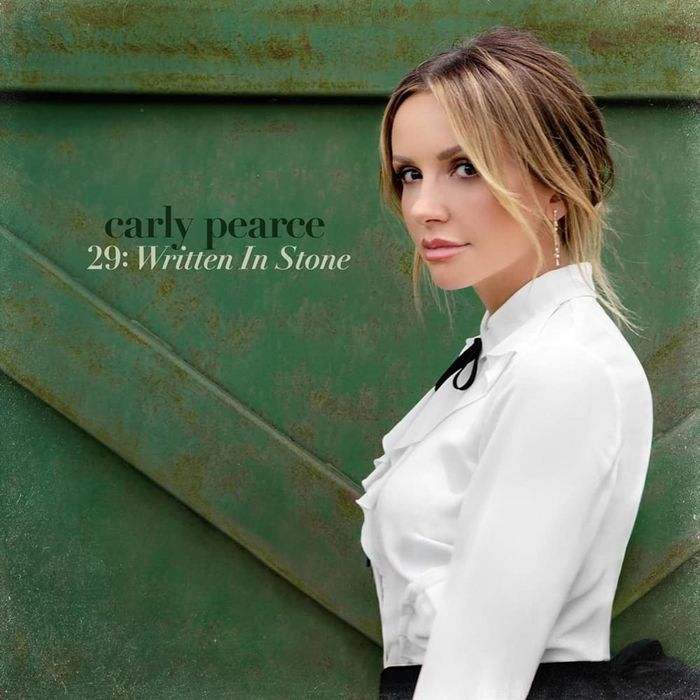 You can purchase 29: Written In Stone from Holler's selected partners below: 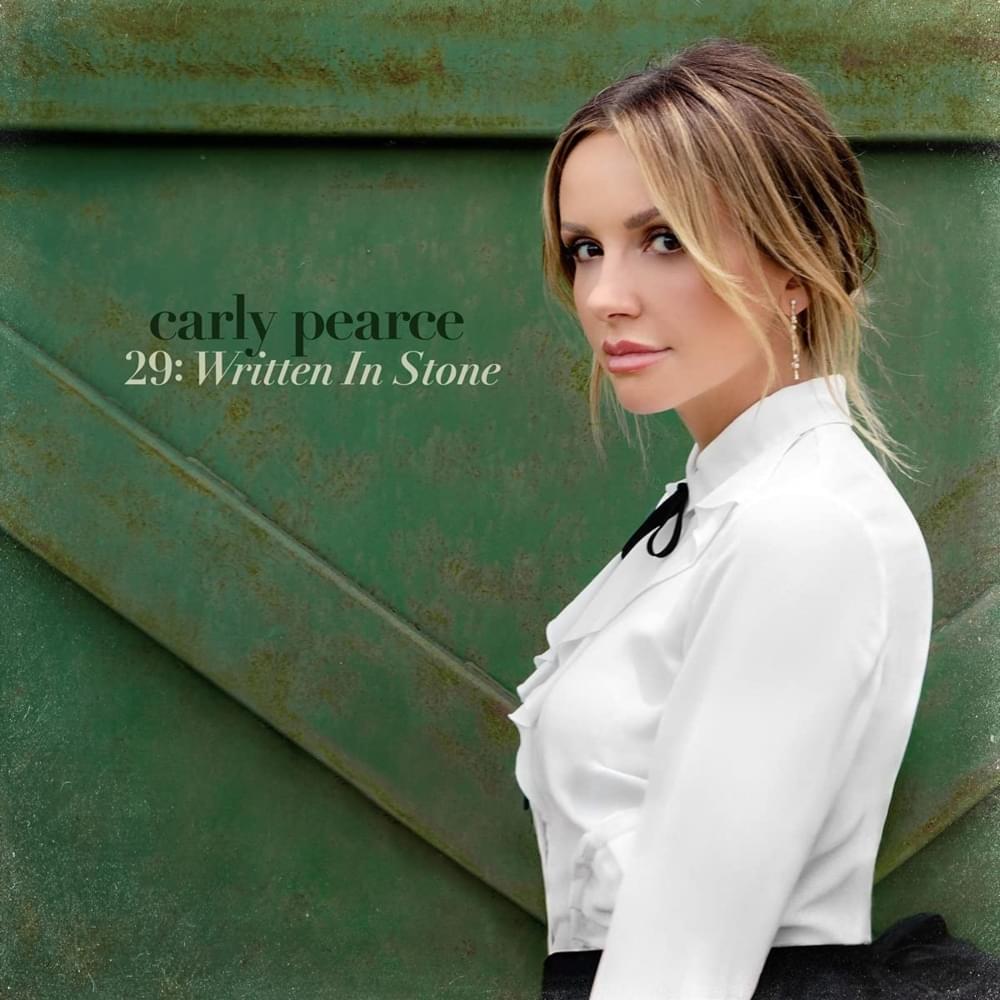 I find it very hard to write about this new Carly Pearce record without emojis and exclamation marks, because OH MY GOD!!! It IS incredible!!! 🙀 💃.

This is a magnificent country record. If the first seven songs of 29 found her moping about on the couch with a bottle of chardonnay and drunk dialling her ex, then the extra eight songs included on 29: Written In Stone are very much the sound of Carly moving on. She’s gone from Bridget Jones singing ‘All By Myself’ on the sofa to her storming out of Daniel Cleaver’s office to ‘R.E.S.P.E.C.T.’ in just six short months. Sometimes, that’s as little as it takes to get over someone.

When it comes to country music, if you’re not here for the heartbreak I really don’t know why you’re here; unless it’s because you just really like songs about fishing trips. If, like most people, you are here for the heartbreak, then be prepared - Carly Pearce is about to serve you up a 15-course tasting menu that will leave you undoing the top button of your trousers while looking over hopefully at other people’s plates and wishing you had room for more.

‘Diamondback’, the new album opener, finds Carly channelling the rhinestones and vengeance of Carrie Underwood, sticking it to her ex with some barbed one-liners and a sassy handclap chorus. Written with Kelsea Ballerini, Tofer Brown and Shane McAnally, it’s Carly in full retribution mode, somehow made all the more powerful by how uncharacteristic it is of her.

It’s a bit like that part in Grease when Olivia Newton-John turns up in black spandex and leather and tries to stub a cigarette out. You get the feeling that feistiness doesn’t come naturally to Carly Pearce, but it’s the mixture of her puzzle magazine cover girl wholesomeness with this no-fucks-given diva that makes it such a power move. We really didn’t know she had it in her, and it’s glorious.

In ‘What He Didn’t Do’ Carly, steps up as the archetypal country stoic, biting her tongue and refusing to reveal the secrets of her past relationship, but ends up saying even more by listing all the things he definitely didn’t do instead.

Like the rest of the songs on 29: Written In Stone, it takes a country music trope and works it through until it sounds both completely classic and entirely fresh at the same time - inspired by Lee Ann Womack, Tammy Wynette and Reba McEntire, and adding in the pop emotionality of someone like Adele. ‘Easy Going’, written with Natalie Hemby and Josh Osborne, is like an unearthed Shania Twain classic from the 90s.

All 15 of the songs are co-written with Pearce, and listening to them, it becomes clear that she did what anyone would do after a particularly hurtful breakup: crying on her friends’ shoulders, drinking too much wine and trying her best to get back out there. It just happens that in Carly Pearce’s case, her friends are some of the best songwriters working in music right now.

Nicolle Galyon, Emily Shackelton, Brandy Clark and Ashley McBryde all have credits on the album along with Hemby, Osborne and McAnally – so as well as getting over the breakup, she’s progressed with some absolutely incredible country songs along the way; the songwriting is truly remarkable.

Songs that featured on the first release - including ‘Messy’, ‘29’ and ‘Next Girl’ - somehow sound even more powerful set alongside newcomers like ‘Never Wanted To Be That Girl’ and ‘You’re Drinkin’, My Problem’, as she fleshes out their themes and doubles down on the heartbreak and self-recrimination.

She ends the album in a place that she never managed to get to when the first seven songs were released six months ago: with two new songs - ‘All The Whiskey’ and ‘I Want To Mean It This Time’ – along with a sense of closure, understanding and calmness. As crushing and humiliating as heartbreak can be, it still always allows for a rebirth of sorts. Carly Pearce has used this moment to rediscover the roots that led her, as a 16-year-old, to move from Kentucky to Pigeon Forge, TN for six shows a day at Dollywood, while create something truly beautiful: a modern country music masterpiece.