29 is Carly Pearce at her most vulnerable; the honesty and integrity she displays within these songs is inspiring. 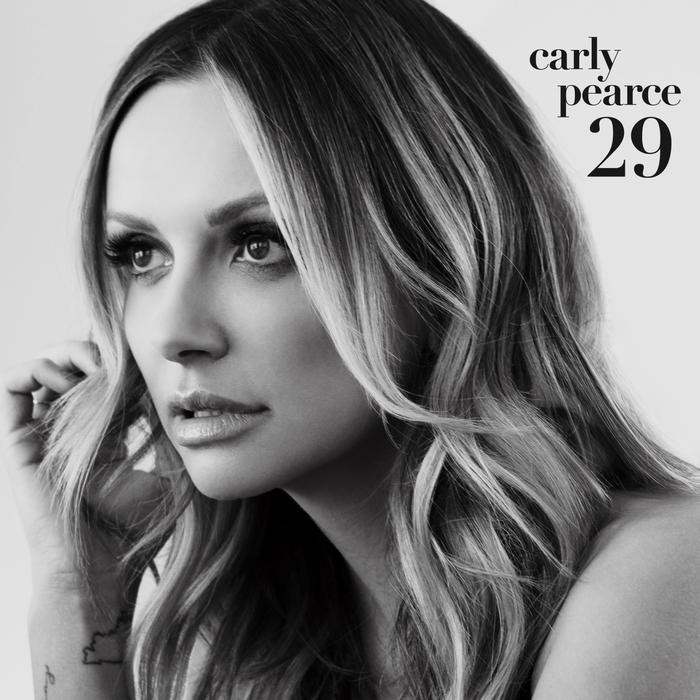 Carly Pearce is the kind of artist that wears her heart on her sleeve. With the sudden release of her new album, 29, Pearce provides a seven-track collection of songs that leaves nothing unsaid. In an already tumultuous year, Pearce has faced the tragic loss of her dear friend and collaborator busbee and divorced from her husband, fellow country star Michael Ray. It’s clear that these experiences have led her to really home-in on the therapeutic and instinctual nature of songwriting – creating an album that truly captures Pearce at her most vulnerable.

As listeners today, we are encouraged to consume as much information as we may want, in whichever way suits us most. With 29, Pearce actively takes control – crafting a clear journey for the record to take you on, from start to finish. It’s a journey of loss, learning and of finding yourself again, crafting some of Pearce’s most personal songs to date. Through the title-track, Pearce swoons; “29 is the year that I got married and divorced / held on for dear life but I still fell off the horse”. These intricate details of her personal life are woven carefully throughout the record, speaking broadly about the clash in self-doubt between where Pearce expects to be at different stages of her life and where society expects her to be - a universal worry experienced by many in their 20’s. In exploring this, Pearce and co-writers Shane McAnally and Josh Osborne have cleverly crafted relatable lyrics - simply because of how true to Pearce’s own experiences of loss and the lessons learnt they remain.

Many of Pearce’s previous releases have leant slightly more towards the pop nature of country music, partly due to the busbee’s production. Though a similar pop sensibility is still present within many of 29’s melodic hooks, the record is deep-seated in traditional country roots. In ‘Next Girl’, there’s vibrant country instrumentation – traditional banjos, mandolins and slide steel guitars – all that reappear throughout more of the record’s ballads. It’s telling that Pearce would use the more authentic sound of country to tell the story of this record, truly allowing her to really unknot the heavy experiences that led her to such a record. It’s suitable that the journey ends with ‘Day One’, a song that discusses the different stages of moving on from loss, grief and despair, and how it can all become that much clearer, after making the first step. Ending on such a note leaves the record with a glowing sense of new-found hope, full of positivity after the rollercoaster of emotion that came before it.

29 is Carly Pearce at her most vulnerable; the honesty and integrity she displays within these songs is inspiring. She truly wears her heart on her sleeve, which is something to be admired. Its undoubtably her most mature album to date.