Brett Eldredge - Songs About You.

A solid - if a tad predictable - offering from one of country's leading men. 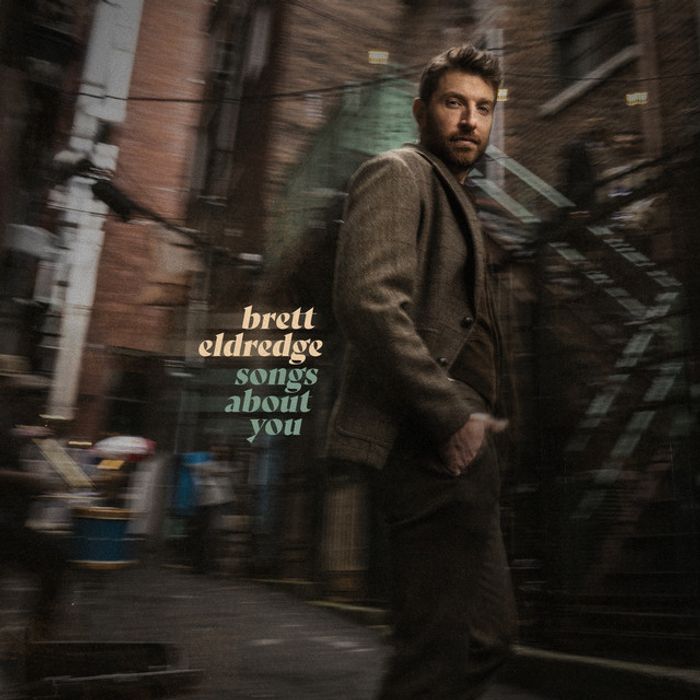 After 2020’s pandemic-fuelled Sunday Drive, which found Brett Eldredge looking inwards and minimizing his sound to reflect the world’s forced period of isolation and reflection, 2022’s Songs About You returns to a more expansive soundscape.

The opening tracks of Songs About You showcase both sides of Eldredge’s charisma. ‘Can’t Keep Up’ is a high-tempo, swaggering celebration; Brett’s croons ricocheting off big-band instrumentation. It’s fun and energizing, but at times the vocals struggle to match the joie de vivre of the backing track. An emphatic start nonetheless.

‘Songs About You’ is a much slower, more laidback offering, creating the breathing space for  Eldredge to convey a less in-your-face, more convincing sense of assurance. It’s an ode to the musical footsteps in the sand left by lost love, but the mood is not one of melancholy. If you don’t pay too much attention to the lyrics, it could easily become your new beachside summer jam.

If ‘Can’t Keep Up’ and ‘Songs About You’ were two strings to Eldredge’s bow of confidence, ‘I Feel Fine’ is the lethal arrow that results, as he defiantly stares down his heartbreak. Lyrically, it’s a self-love anthem, but the repeated mantra of “I feel fine” feels more like he’s trying to convince himself of its truth just as much as his ex. It’s fiery, and certainly one of the album’s highlights.

After this strong opening triumvirate, the album meanders through the less memorable territory. ‘What Else Ya Got’, for example, is sweet, but unlike ‘Songs About You’, the stripped-back production and surface-level storytelling leaves us wanting, and by the end, the track is limping along to the finish line. ‘Hideaway’ continues the volte-face from heartbroken to loved-up, revolving around an unassuming yet alluring hook.

‘Want You Back’ offers up the classic country concoction of nostalgia and introspection, the ebb and flow of the production weaving nicely with Eldredge’s wistful melodies about happier times. As is generally the case, the song would benefit from fewer ‘whoah, whoah, whoah’s’, which threaten to send the song into a realm of cliché.

Similarly, ‘Wait Up For Me’ is pointedly repetitive, both musically and lyrically. It’s not a song that leaves you yearning for the ‘replay’ button, and - unfortunately - we see a return of the ‘whoah, whoah, whoah’s.

‘Holy Water’ is a fitting finale, and - as George Strait highlighted so eloquently in his 2019 song of the same name - God and country music seem to be a magical pairing whenever they intertwine. This song is deftly orchestrated, and the urge to bring in a full choir is resisted until the very end, which makes the climax all the more stirring and spiritually charged.

Songs About You is a solid offering from one of country’s leading men. However, aside from the jazzy opener and the ferocity of ‘I Feel Fine’, the album feels a tad safe and predictable. You feel the sky would be the limit if Eldredge would just take a few more risks.

And if he would ditch those dreaded ‘whoah, whoah, whoah’s’ once and for all…