Brennen Leigh ft. Asleep at the Wheel - Obsessed with the West

The purity and spirited personality Brennen Leigh projects, her obvious adulation of the genre’s history and of course stellar support from Asleep at the Wheel on Obsessed with the West creates a set that is a consistent delight.

Any Americana artist looking to record an album of traditionally styled western swing couldn’t ask for a more perfect backup band than the legendary Asleep at the Wheel.

Just the presence of the Ray Benson led outfit gives Nashville by way of Texas singer/songwriter Brennen Leigh instant credibility, especially since this is the first time, after six previous releases, she jumps into these retro waters. Better still, all 10 tunes are originals, any one of which could be an unheard gem from the era she pays tribute to.

Those who have followed Leigh’s work over the years - from 2004’s Too Thin to Plow, where she emerged in full bluegrass mode, through 2015’s superb Sings Lefty Frizzell or 2013’s Before the World Was Made and 2007’s album of duets with Jesse Dayton - knows she is not only a talented singer but one who is enthralled with, and respects, classic country and western.

So focusing on the sound made famous by Bob Wills & His Texas Playboys is not a huge or unusual career leap. She opens the album with a tribute to Wills’ legendary singer on ‘If Tommy Duncan’s Voice Was Booze’ (“I’d stay drunk all the time” finishes the thought), a lighthearted romp where she sings “If I had a time machine I’d set it to ‘39”.

Benson lends his distinctive baritone vocals to the equally vivacious ‘In Texas With a Band’ that expresses the singer’s love of playing in that state as she calls out Wheel members who then take short but potent solos. Just like in the old days.

Anyone who doesn’t think that country swing had its own unique hipster vocal style needs to rip it up to the jazzy ‘Comin’ In Hot’. A distant cousin to Commander Cody’s take on ‘Hot Rod Lincoln’, Leigh tells of coming home after a tour by car with “the caffeine jitters and my mind is shot”, as the double-time chug of the skittish music matches the sparkling lyrics and her frisky spoken attitude.

The mood turns serious on the laid back, night clubby ‘I Was Just Thinking of You’, which seems like it could have been included in one of Linda Ronstadt’s American pop standards collections. She expresses her love of the western US in the title track, comparing the area to a woman as “That rugged old broad / That unbroken wild pony / That opus of God”. She also reminisces about her childhood, getting covered with ‘Cottonwood Fuzz’ from trees as she lays in the July sun.

The song structures are typical yet the purity and spirited personality Leigh projects, her obvious adulation of the genre’s history and of course stellar support from the Wheel, one of roots music’s most respected names (who not coincidentally receives near equal front cover billing), creates a set that is a consistent delight.

Nothing in its 37 minutes feels stiff or pretentious as Leigh embraces this music as if she has loved it all her life, just waiting for the right time to deliver her version with the playful enthusiasm and sincerity it deserves.

That time has come.

Obsessed with the West is out on Friday 6th May via Signature Sounds. You can purchase the record from Holler's selected partners below: 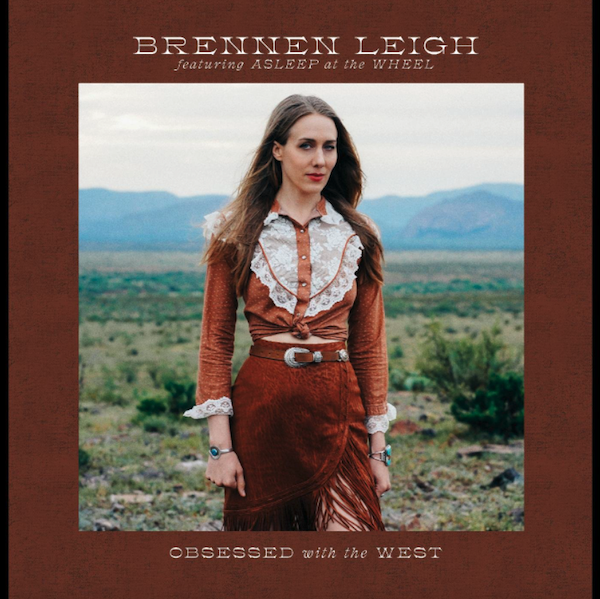 Asleep at the Wheel - Half a Hundred Years