Brandy Clark - Your Life Is A Record

If mainstream country can’t find a place in its heart for Brandy Clark, then the rest of the world will be more than happy to let her into theirs. 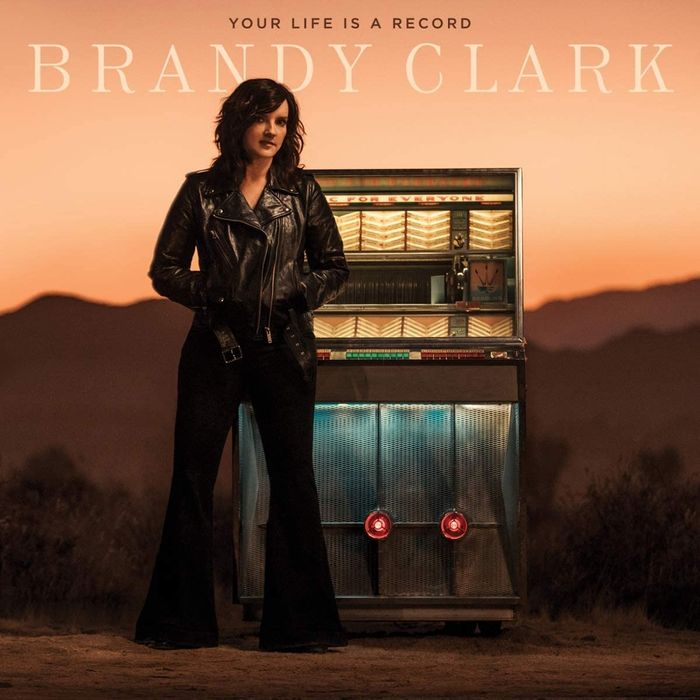 Despite building her reputation in Nashville by writing mainstream country mega hits like ‘Mama’s Broken Heart’ and ‘Follow Your Arrow’ - as well as co-writing Hailey Whitter’s breakthrough hit, ‘Ten Year Town’ - Brandy Clark has always seemed like something of an outsider in country music. On her previous album, Big Day In A Small Town, it felt like she was struggling too hard to try to fit in on mainstream country radio. Its producer Jay Joyce was pulling all his oversized pop country production tricks out of the bag, but what works so well for an arena diva like Carrie Underwood sounded awkwardly misplaced when coupled with Brandy Clark’s more unassuming conversational style. Clark was never cut out to be a cheerleader, she was always more likely to be caught smoking pot under the bleachers with Willie Nelson and John Prine.

Working again with Joyce, Your Life Is A Record dials down the pop production and brings in soft horns and sweeping string sections - courtesy of the Memphis Horns and Strings ensemble - which drift in and out of beautifully understated arrangements, tipping a Stetson to The Delta Sweete and Dusty In Memphis along the way. There’s an almost Bacharach-like breeziness to the record that lightens the load of Clark’s most heartbreakingly intimate songs to date, written after the break-up of a fifteen-year relationship. It gives the whole album a hushed, late-night lounge feel - as if the songwriter has gone from buddying up on a barstool in a small town local, to sitting alone at a corner table in a cocktail bar after closing time, nursing an Old Fashioned in her LBD.

There’s the same sharp wit and worldliness to her lyrics, but this time around it feels like the songs have turned inwards and there’s an intimacy and directness to her snarky, small town narrative that wasn’t there before. ‘Pawn Shop’ tells the story of a divorcee and a failed musician, hocking a wedding ring and a guitar and giving up on the dreams they’d been hanging onto. “It ain't stolen, it ain't hot / someone told me it cost a lot / man, ain't that the truth”, she sings, priming herself as if heir to Springsteen’s small town crown. Like Prine before her, it’s disarming the way that she can tunnel down into the smallest minutiae of everyday life and resurface with a song that breaks apart the very essence of the human condition. On ‘Bad Car’, Clark takes the metaphor for a failed relationship and wrings it out, ensuring it’s forgotten that it was ever a car she was singing about to begin with. “I know it's a bad car / I know it's a piece of junk / I know the best tire on it is in the trunk”. Clark could write a song about a biscuit and fill it with so much pathos it’ll make you feel like you’re listening to Johnny Cash singing ‘Hurt’.

At the end of it all, Your Life Is A Record stands up like a penguin in a snowstorm against the icy wind blowing in from Nashville, with the quiet defiance of an artist accepting who she is and where she belongs, not caring anymore if that leaves her standing apart from everyone else. If mainstream country can’t find a place in its heart for Brandy Clark, then the rest of the world will be more than happy to let her into theirs.

Austin City Limits Announces It Will Return For Season 47