With You Hear Georgia, Blackberry Smoke’s tried and true approach feels as potent now as it did when they started down their long career path 20 years ago. 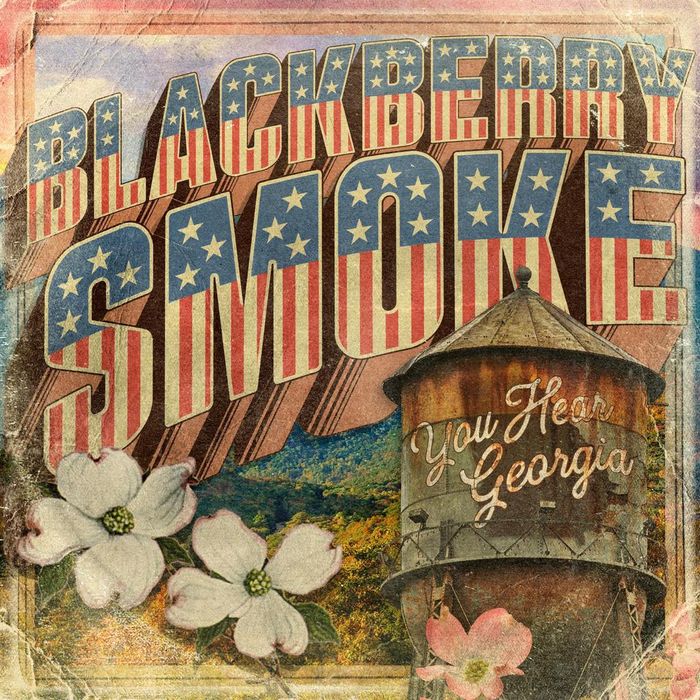 “You hear Georgia when I open my mouth / Don’t make no difference what I’m talkin’ about” sings Charlie Starr on the title track of Blackberry Smoke’s first studio album since 2018. It’s as true now as when the scruffy Southern rockers first formed in Atlanta, GA.

Has it really been 20 years since Blackberry Smoke were first playing tiny clubs and grungy, smoke filled venues as they struggled to get their music out to the masses? It’s doubtful even frontman/ founder Charlie Starr would have imagined that sort of longevity, let alone the success Smoke have attained through non-stop touring, powerful performances and consistently impressive releases. Few acts have worked harder, been more focused, traveled more miles and stayed the course with an original lineup (keyboardist Brandon Still was added to the initial four-man lineup in 2009) intact.

Some of Smoke’s popularity has come from maintaining a consistent sound, aided here by Grammy winning producer Dave Cobb. Their organic combination of red clay rock and outlaw country, mixed with hints of gospel and blues, respects obvious influences like Lynyrd Skynyrd and The Allman Brothers Band, while pushing their gruff music into generally fresh (if not always ground-breaking) territory. Though there isn’t anything particularly unique or radically different about You Hear Georgia’s ten tracks, the songwriting and playing is so tight, right and tough that no one should dismiss the quintet for repeating themselves.

From the opening leathery riff rocking of ‘Live It Down’, where Starr sings from the viewpoint of a financially strapped blue collar worker trying to get ahead, to the funky thump of ‘Hey Delilah’ and the swamp/hard rocking ‘Morningside’ that proudly displays Smoke’s Gov’t Mule influences, there is little unexpected here. The mood slows momentarily for the lovely, folksy acoustic ‘Old Enough to Know’, a poignant break in the rocking action, but that doesn’t last long before it’s back to business as usual.

Starr is the key element to You Hear Georgia. He remains the beating heart of Smoke, writing or co-composing the songs while taking lead vocals and inviting Jamey Johnson and Warren Haynes to sing on a few tunes. But the sound coheres so strongly due to the sympathetic playing of all the members.

There’s a theme of sorts running through these songs directed to the proud, often set-in-their-ways mindset of the Southern personality. That’s brought home in the closing bluesy ‘Old Scarecrow’ where Starr sings, “I don’t care about this year’s make and model / I was built to last and I’m runnin’ fine”. Those words also describe Blackberry Smoke’s tried and true approach that feels as potent now, arguably more so, as it did when they started down this long career path.

Do they have another 20 years in them? Don’t bet against it.

The Steel Woods Announce Third Album ‘All of Your Stones’