This record captures Cash in a transitory stretch - not yet lauded as the spokesperson for the downtrodden and a progenitor of the “outlaw” sound, but rather a talented country musician plying his trade on the road. 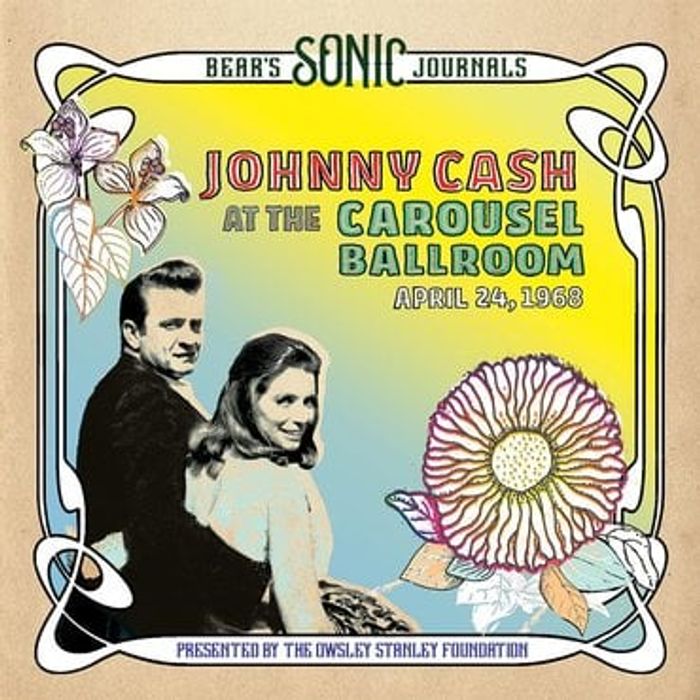 Johnny Cash was far from the American music icon we know when this show was recorded on the titular date. At this point, he wasn’t even much of a star.

The Carousel Ballroom was in the gritty, hippy-led Haight-Ashbury district of San Francisco, philosophically and quite literally far away from Cash’s country fan base. The 3000-seat hall was even reportedly only a third full on the night.

The sound was run at the venue by Owsley Stanley, the “Bear” who gifts us this release. He was a stickler for quality and finding innovative ways to achieve it. It’s quite telling that he was also the legendary audio engineer for the Grateful Dead.

It was a stripped-down performance; Cash on acoustic guitar alongside his roaming Tennessee Three backing band of electric guitarist Luther Perkins, bassist Marshall Grant and W.S. Holland’s drums. New wife June Carter appears around ¾ of the way through the hour-long set, singing a few of her tunes and a medley of classics from the Carter family that date back to the Depression.

The 700 or so patrons in attendance make a respectable racket, yelling out requests yet piping down each time Cash began. The man himself is in good spirits, weaving in short stories and welcoming a young, relatively obscure folk singer called Gordon Lightfoot, who was in attendance.

There isn’t much evidence that these younger listeners aren’t the typical audience Cash plays for. Nevertheless, in adding two Bob Dylan songs to the setlist, ‘Don’t Think Twice, It’s Alright’ and ‘One Too Many Mornings’ - the latter which the Man in Black would record a decade later - Cash appears to acknowledge what the crowd may like to hear.

The audio team behind this release decided to keep Stanley’s odd original mix. It isolates both singers’ vocals on the left stereo side alongside Johnny’s acoustic guitar, while shoehorning the Tennessee Three’s bass, guitar & drums back-up over to the right, leaving no middle channel.

While the producers felt it would be more authentic, as explained in the record’s liner notes, it’s still an awkward listening experience.

Cash’s commercial breakthrough album, Live at Folsom Prison, which includes several tracks played at this show, wasn’t released until the week after this show. Its enormous popularity would be a momentous career boost and ultimately a game-changer for Cash, leading to a weekly TV series and his outsider Man in Black persona.

There are plenty of Johnny Cash live recordings available but not many, if any, from this period. It captures Cash in a transitory stretch - not yet lauded as the spokesperson for the downtrodden and a progenitor of the “outlaw” sound, but rather a talented country musician plying his trade on the road. 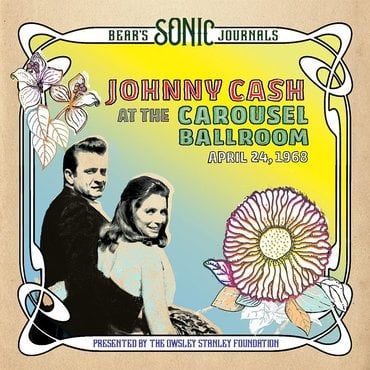