With Far From Home, Aubrey Sellers has secured her place as one of country’s vibrant frontrunners. 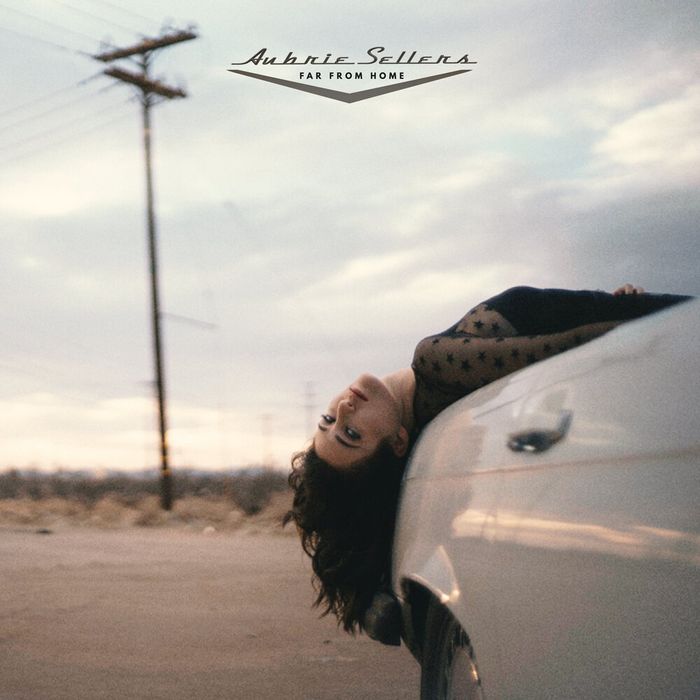 Pour the whiskey and tune the air guitars – country’s favourite grunge gal is back, and she’s taking us on a wild ride to rock rebellion with her sophomore album Far from Home. Having spent two years on the road touring her 2016 debut, amping-up comes as second nature to now LA-based Aubrie Sellers, and it’s clear to hear. Recorded and produced by Frank Liddell at Texas’ Sonic Ranch, the album captures an aptly wild sensation of desert dissonance that you can’t help but lose yourself in.

The defining sound of Far from Home is Sellers’ self-coined “garage country”. In a diverse, dynamic and downright defiant take on tradition, she pushes the boundaries of genre, fusing elements of modern country with glam rock and SoCal new wave plucked straight from the 70’s. The title track is a somewhat serene introduction; the quiet night beneath the stars before the storm descends, where atmospheric instruments hint at the thunder that’s soon to break. With ‘My Love Will Not Change’, Sellers – alongside a special feature from Steve Earle – well and truly kicks things off. A total reimagining of the Del McCoury original, she channels her love for traditional bluegrass and drenches it with gritty guitars and arena-worthy drums. Though the record certainly packs a punch, Sellers’ vocals retain a noticeably country style: slick, warm and ballad-ready. They’re the bow tie to her garage country wrapping, unifying her musical influences and adding an authentic finishing touch.

Originality has always been of high importance to Sellers. Following her previous release New City Blues, Sellers left major label Warner Music Nashville and opted to switch independent, offering her greater artistic control over her output. As the daughter of Grammy-winning singer Lee Ann Womack and songwriter-solo artist Jason Sellers, she’s had to be cautious of comparison. “My voice isn’t dissimilar to my mother’s”, she says, “so I think people expected me to follow in her footsteps. I think I surprised a lot of people when I didn’t”. It’s this kind of liberation that Far from Home seems to express - Sellers’ songs are bold, daring and invigorating, the kind you’d sing your heart out to whilst driving on the open road with the wind blowing through your hair. Amid heavy beats and hooky riffs, ‘Drag You Down’ issues a stinging indictment against those who are blind to emotional injustice. “I'm gonna grab you by the collar / of your hundred-dollar shirt / If you think you're feeling bad, baby / I can make it worse”, she sings with an audible smile. Throughout the album, Sellers’ enjoyment in what she does is palpable and utterly contagious. This is the work of an artist who’s cultivated her artistry in a way that allows her to express exactly who she is.

Far from Home is a mature and well-rounded release that you just can’t help returning to. With it, Sellers has secured her place as one of country’s vibrant frontrunners.