The East Tennessee native is wearing rose (gold) tinted specs to see everything in a more magical light – and there’s even something ethereal in the unearthly sonic sweep. 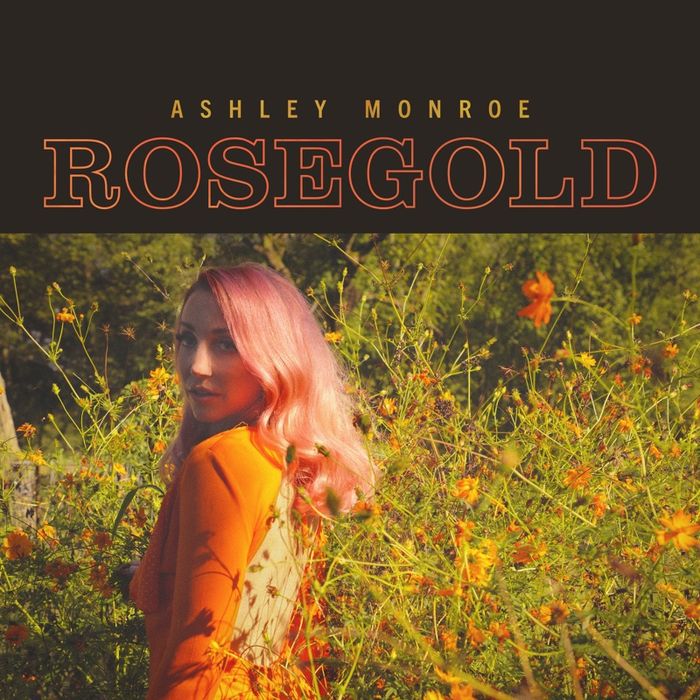 Three years on from her staggering album Sparrow, Ashley Monroe makes another effortless handbrake turn – reinventing herself with Rosegold. Much like Kacey Musgraves’ bold transcendence of narrow categorisation with Golden Hour, Monroe evades being pinned down by never sitting in one place. This time around, she’s found in a happy setting; wanting to embrace and share all the light in her life, “I didn’t want even a hint of sadness this time.” With her collaborative work in the Pistol Annies, her country supergroup with Miranda Lambert and Angaleena Presley, in her arsenal, Monroe co-produced and wrote Rosegold with a host of diverse songwriters and musicians. The result has the East Tennessee native wearing rose (gold) tinted specs to see everything in a more magical light – and there’s even something ethereal in the unearthly sonic sweep.

Getting the party started, the divine ‘Siren’ is a layered, heady rush of a song - Monroe at the fore with her breathy vocal underpinning a feeling of escape, as she courts echoes of ancient river myths. Likewise, the glorious pop song ‘Silk’ has a rich, all-enveloping sound – an undeniable joyousness rings as she sings to herself, while ‘See’ is super slow and strident, its Scandinavian-esque production allowing it to cross between country and pop. Monroe continuously mixes things up; the natural warmth of ‘Drive’, contrasts against the luscious ‘Gold’, which lists her lover’s golden qualities (buried treasure, a fifties record on the stereo, California sunshine) and feels like something Madonna could and maybe should cover.

Monroe thrives on being real; while she’s embracing something fresh here, it still feels like she’s holding nothing back. She sounds diverse and encompassing - from the echoey piano, percussion crescendo and floaty vocals of ‘Flying’, to the staccato, funked-up beats of ‘Groove’, Monroe can succinctly switch from a capella to summery calypso, to even something more synth-heavy, all in a flash. She packs even more into ‘I Mean It’, a song piled high with heartfelt emotions and fears of loss, while ‘Til It Breaks’ layers huge beats and genuinely hopeful lyrics that aim to mend after a break; a figurative light at the end of the tunnel.

‘The New Me’ feels like Monroe’s entire manifesto writ large. Feeling ready to finally love again, she’s embodying inner beauty as gold as she sheds her ‘rust’ and sees the world anew; “I shattered my life and left the pieces behind me.” There’s a sincerity here as Monroe unveils this new version of herself, an innate savviness to see that times change. As she says in the final verse of this closing number: “Do not dwell on the past / See I am doing a new thing”. Ashley Monroe is moving forward again, and we are all along for the ride.