The 2022 instalment of the Brooklyn, Michigan-based Faster Horses Festival is set return from July 22nd - 24th with a packed line-up of country music superstars. 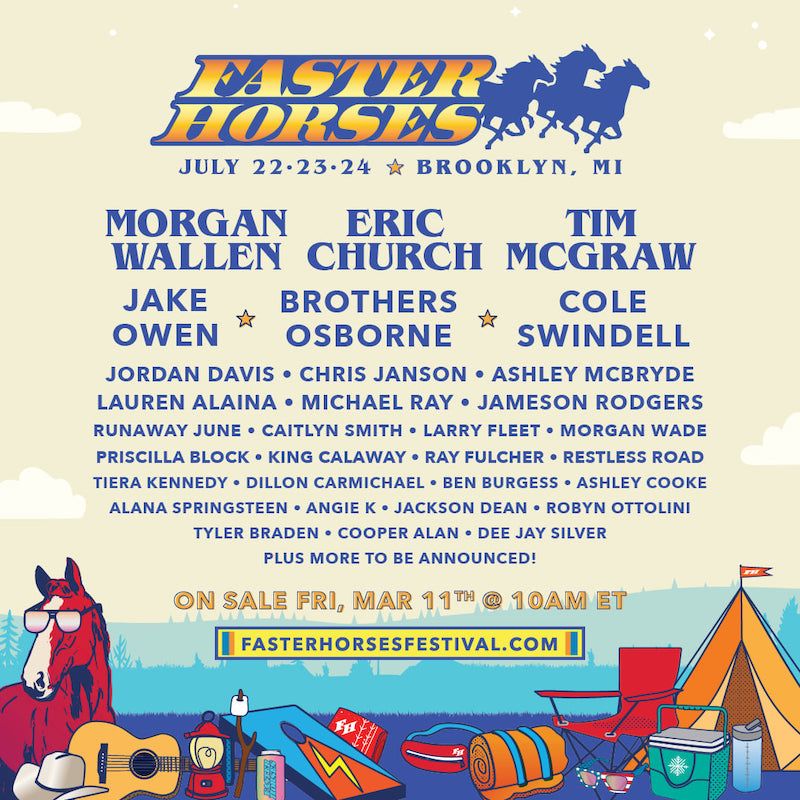 The festival - which calls itself 'the party of the summer' - features an array of food and drinks trucks, water slides and jam sessions. Festival-goers who want to camp can choose from 15 campsites, each with different amenities and its own personality. Tents, pop-up campers and RVs are all allowed, depending on the campsite. For more information on camping and passes, head here.

In 2021, an investigation by MLive reported a culture of predatory behavior, overt misogyny and excessive drinking. The report stated that one former security guard described the festival as "a sexual predator’s paradise".

According to MLive, "In total, there have been 30 reported cases of criminal sexual conduct since 2013 at the festival, according to the police reports. All of the sexual assault victims are female and at least 18 of them involved alcohol."

"In Michigan, there are 0.5 reported sex offenses per 40,000 people every four days, according to FBI crime statistics from 2014 to 2019. Therefore, sex offenses are about 5.5 times more common at Faster Horses than in Michigan, per capita."

"Objectification of women and macho, hard-drinking, country-boy patriotism with a dash of racism in the form of the occasional Confederate flag permeate much of Faster Horses’ decor, style and attitude."

If you or someone you know has experienced sexual assault, you can contact the National Sexual Assault Hotline (USA) at https://hotline.rainn.org/online or by phone at 800-656-HOPE to talk to a trained staff member from your local sexual assault service provider. This service is free and confidential.