Ever since time began, country music has always relied on a particular brand of outsiders to reshape it and give it a good kick up the ass whenever it needs it most.

As much at odds with the genre as he was in thrall of it, Sturgill Simpson was always destined to be one such cowboy; refusing to play by the rules or suck up to the establishment.

Simpson was the unlikely saviour of country traditionalism when he emerged in 2013 with his debut album, self-funded and recorded with the at-the-time relatively unknown producer Dave Cobb.

Since then, he’s released five albums of equally original material, as well as raided his own back catalogue for two surprise bluegrass albums last year.

I’m sure he’d give the very idea of a ranked list of his best songs a glower, but for the rest of you, here are Sturgill Simpson’s essentials. 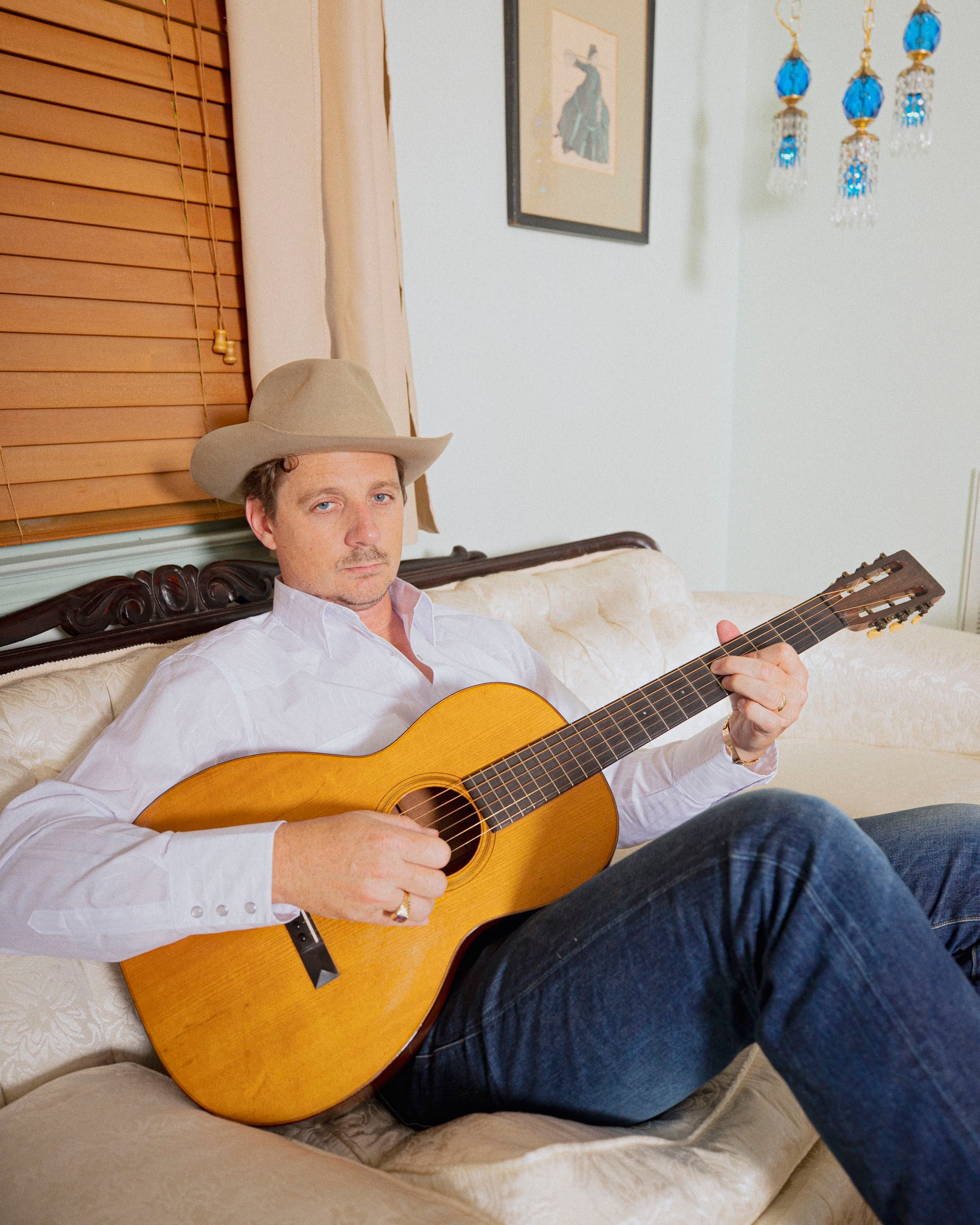 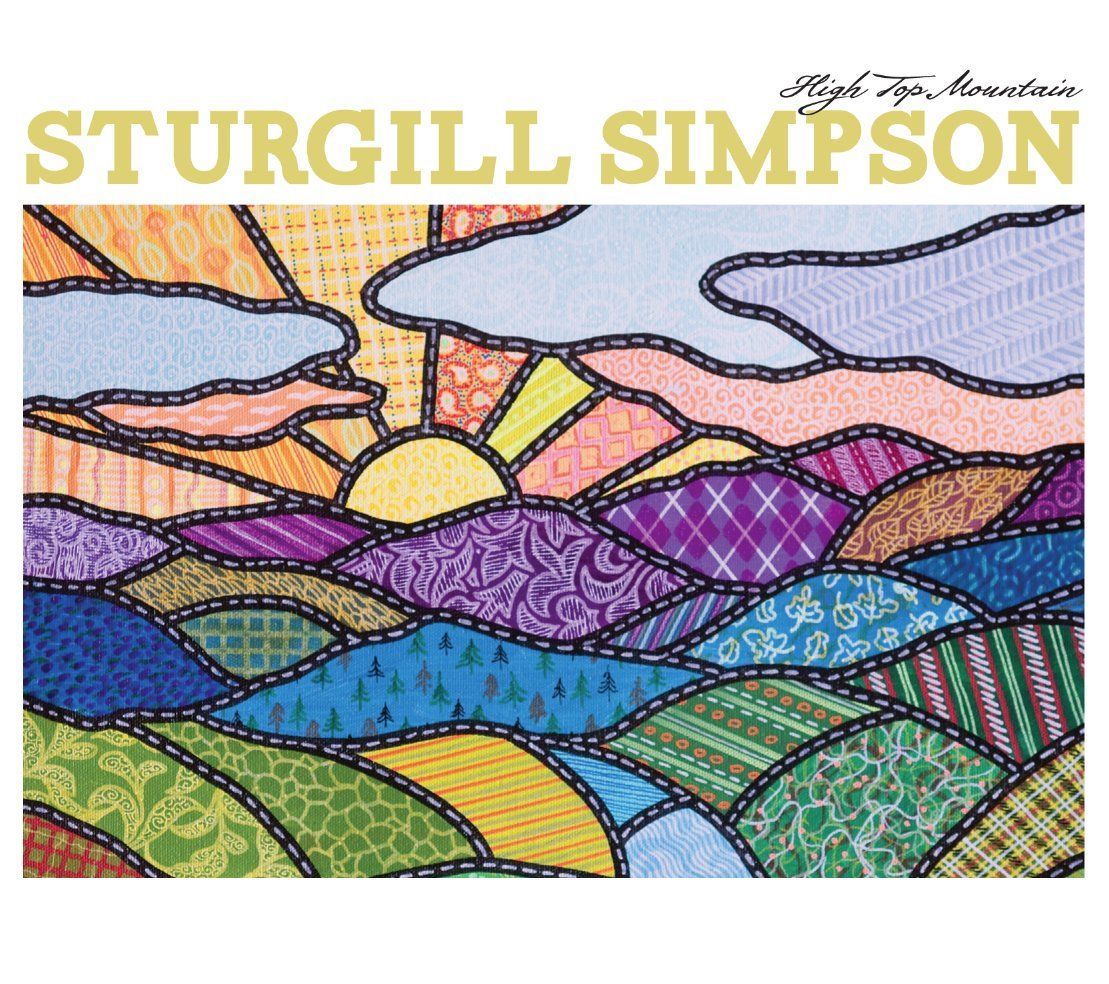 You Can Have The Crown

Sturgill might not be particularly fond of it, but this hi-octane outlaw workout has always been a steady fan favourite.

Sitting on the couch, strung out on weed and pills, Sturgill spends his days watching Dukes of Hazzard and surfing the internet for old cars and guitars he can't afford. On top of the proverbial “shit mountain”, he’s weighing up the pros and cons of selling his soul to the devil.

He re-recorded the song for Volume 2 of Cuttin’ Grass, so maybe he’s warming to it after all.

Taken from his debut album High Top Mountain, Sturgill upped the BPM on this rattling train song, as he took a good long hard look at himself and his past mistakes and misdemeanours.

“I got that throttle to ten on the railroad of sin, I'm coming off of the rails and I can't slow it down”, he sings, as the band races to keep up with him.

The video, filmed by Yosuke Torrii, candidly captures Sturgill on tour in Japan, where Sturgill had lived after leaving the navy. 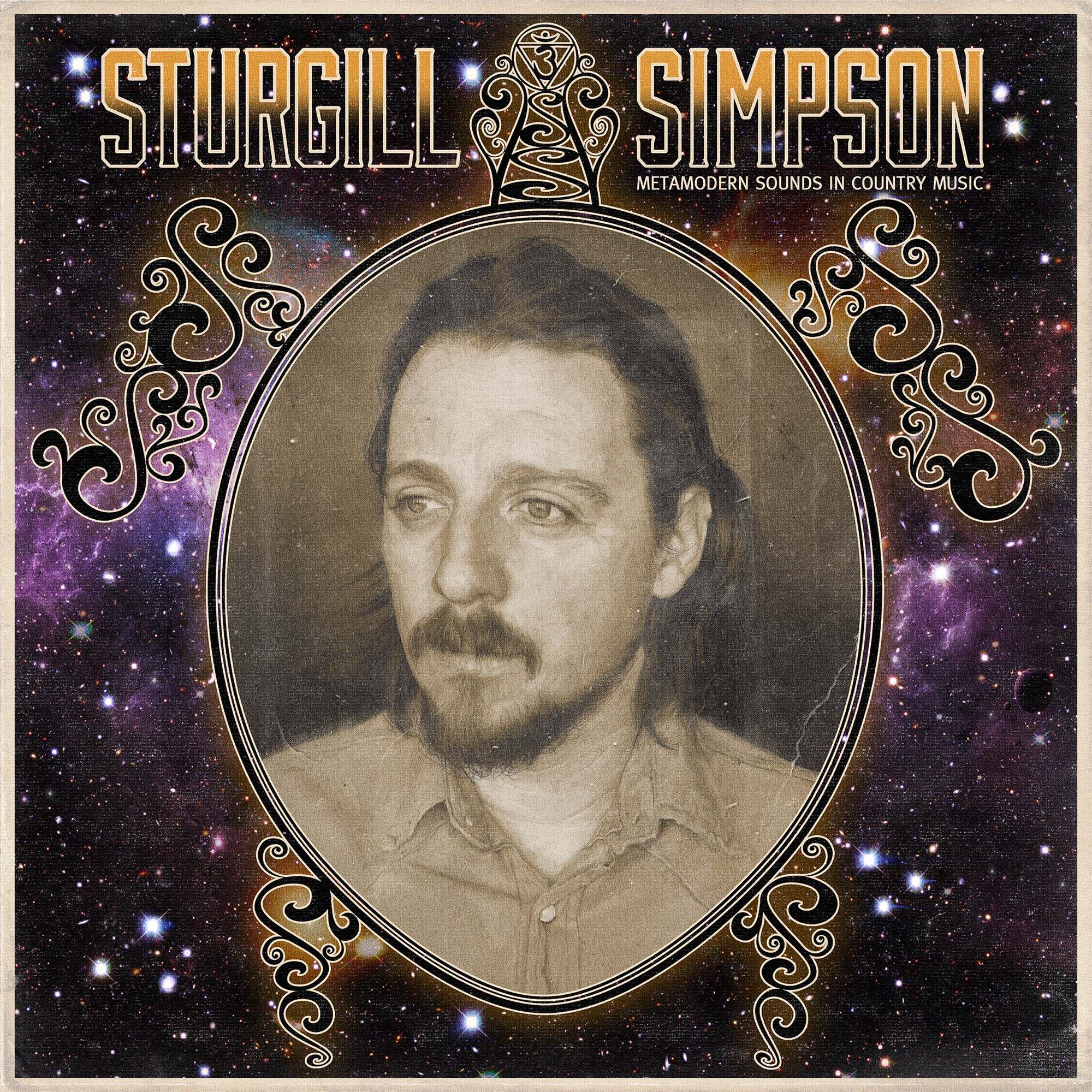 Turtles All The Way Down

Sturgill takes on ancient philosophy and organised religion in the opening track from Metamodern Sounds In Country Music, invoking the mythological idea of a “turtle world”. While he suggests that mind-altering drugs had positively changed his outlook, “love's the only thing that ever saved my life”.

As for the turtles, Stephen Hawking describes how a well-known scientist once gave a public lecture on astronomy in his book A Brief History of Time.

As the story goes, after the lecture, an old lady at the back of the room got up and said: "What you have told us is rubbish. The world is really a flat plate supported on the back of a giant tortoise." When the scientist asked her condescendingly what the tortoise is standing on, the old lady replied, "You're very clever, young man, very clever. But it's turtles all the way down!" 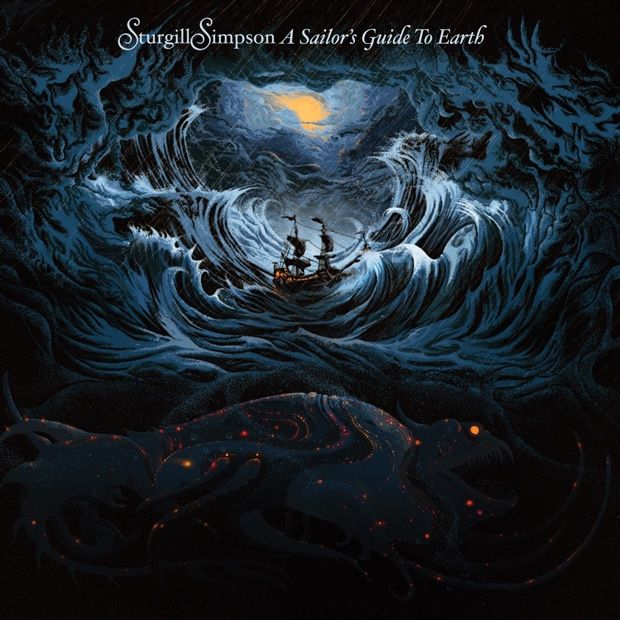 After releasing the kind of record that makes an entire genre rethink itself, Sturgill switched lanes again with his first for a major label. Stepping away from Dave Cobb, Sturgill picked up the production duties himself on A Sailor’s Guide To Earth; a heartfelt guide to life and living for his son.

The sound was lushly orchestrated and soulful, taking its cues from Fame Recordings and seventies Elvis, with sweeping brass and string sections and explosive country funk breaks. The anti-war album closer ‘Call To Arms’ served as its furious crescendo. 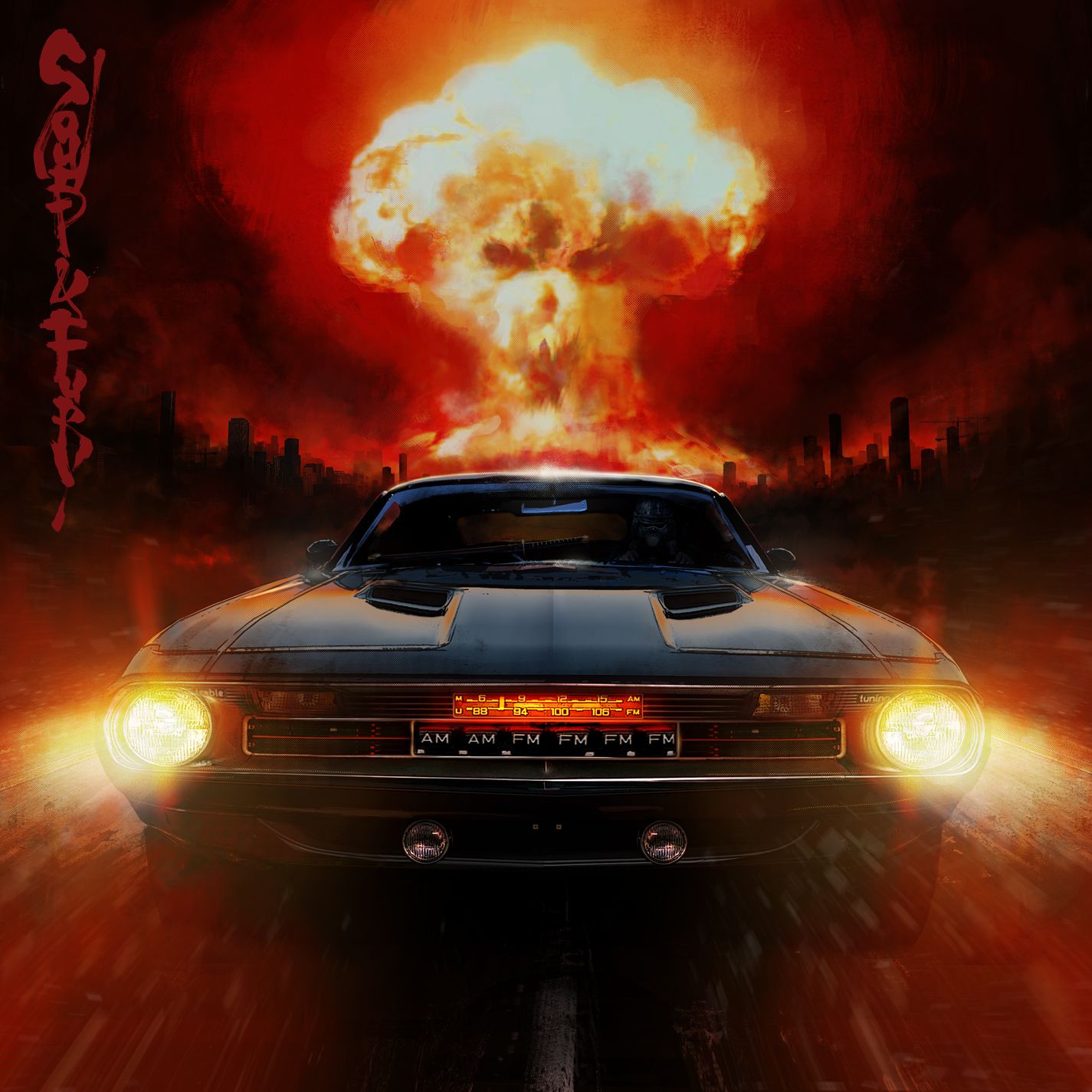 Standing out like a sore thumb in the middle of Sturgill’s catalogue is the soundtrack to the dystopian Netflix anime SOUND AND FURY, which he created with Japanese animator Junpei Mizusaki.

An intoxicating mix of electro and country rock that Sturgill described as a "sleazy, steamy rock'n'roll record", this chugging synth-rock stomp sounded like a cross between ZZ Top and seventies glam rockers Showaddywaddy, as Sturgill grumped his way through the downsides of touring and fame.

Keep it Between The Lines

“Do as I say, don't do as I've done”, Sturgill warns on this blasting country-funk cut from his third album, as he dispenses fatherly advice to his new-born son, urging him to “stay in school, stay off the hard stuff and keep between the lines”.

Other timeless pearls of wisdom included “motor oil is motor oil, just keep the engine clean” and “don't burn two lanterns at the same time”. Got it. Will do.

Described by Sturgill as being a "metaphor comparing the soothing yet completely addictive and damaging effects of hard narcotic opiates" to organized religion, ‘Living the Dream’ was the lead single from his second album.

In production, it shifted away from the hard country traditionalism of his debut towards a more psychedelic style of soulful country rock. The album received a Grammy nomination for Best Americana Album, as Sturgill became the reluctant popular face of leftfield country, taking over late-night talk shows and finding himself increasingly under the spotlight.

Sturgill looked back to his days in the US Navy for this song from his third album, with lyrics full of in-jokes that you’d need to have actually been in the Navy to understand.

Luckily, for all of us who haven’t, there is a comprehensive Reddit thread that explains where Dam Neck is (the home of multiple training facilities), what a pollywog is (an uninitiated sailor who has never crossed the equator) and what BMFs are (Bad Mother Fuckers).

Surprisingly, it’s still the only country song to reference taking drugs and playing GoldenEye on the Nintendo 64. 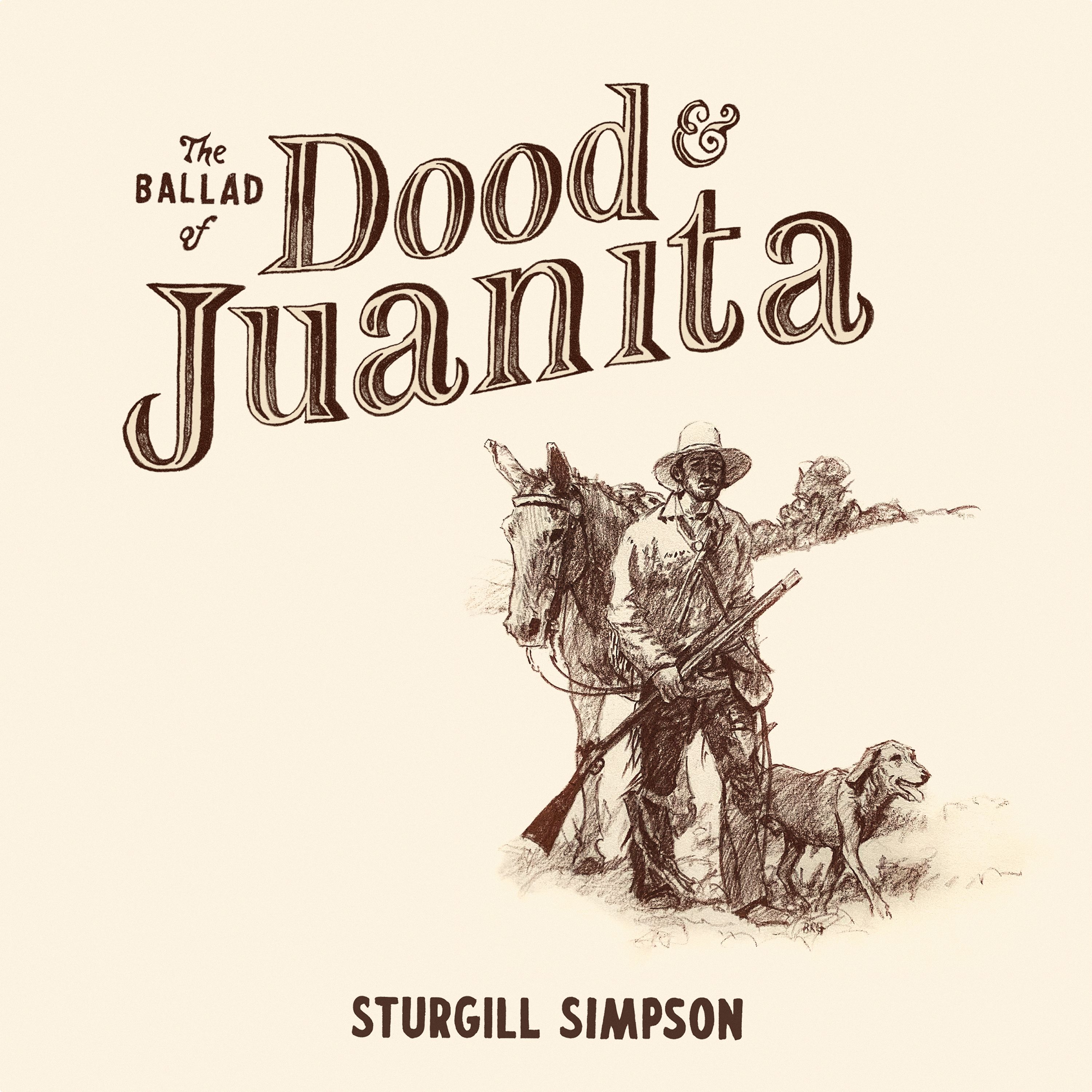 After putting out two albums of bluegrass recorded and released during the worldwide covid pandemic, Sturgill took a week out with the intergenerational band of musicians he nicknamed the “Hillbilly Avengers” to cut the bluegrass concept album, The Ballad Of Dood And Juanita.

Released in 2021, the frontier love story took in traditional country, mountain music, gospel and a cappella, with a nod to cowboy songs and the myths of the American West. Upon its release, Sturgill announced it would be “the last Sturgill record”, completing what he sees as a five-album arc that began with High Top Mountain.

Ostensibly just a good old fashioned truck song, Sturgill took the well-worn country trope and turned it on its head as he sang about escaping his past and turning his life around.

He channels the outlaw country sound of Waylon Jennings and Merle Haggard in this driving long haul anthem that pressed the reset button on country music when it came out in 2014.