Affectionately known as the ‘Hag’ and the ‘Okie from Muskogee’, Merle Haggard was a true country music innovator. His 50-year-plus career from 1963 up to his death in 2016 saw him release 66 studio albums, 80 live albums and 84 singles that turned existing strands of blues, folk, jazz and Western swing into something that straddled the Bakersfield and outlaw scenes.

Delving into this broad catalogue, Holler decide on the 15 best Merle Haggard songs. 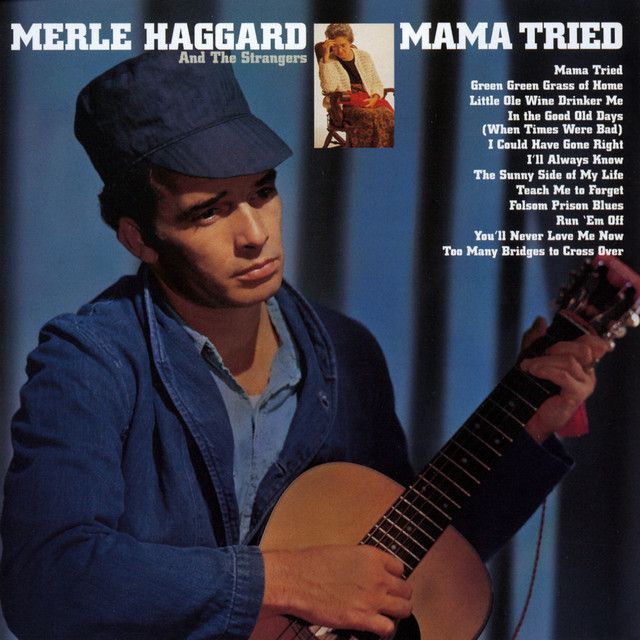 The guilt the Hag feels at being incarcerated is clear on this classic - “the one and only rebel child / in a family meek and mild”.

A song that steered towards California honky tonk and the Bakersfield sound, it featured Glen Campbell on the sessions and has been covered by the likes of the Grateful Dead and Reba McEntire since.

Three decades after its release, it earned the Grammy Hall of Fame Award. 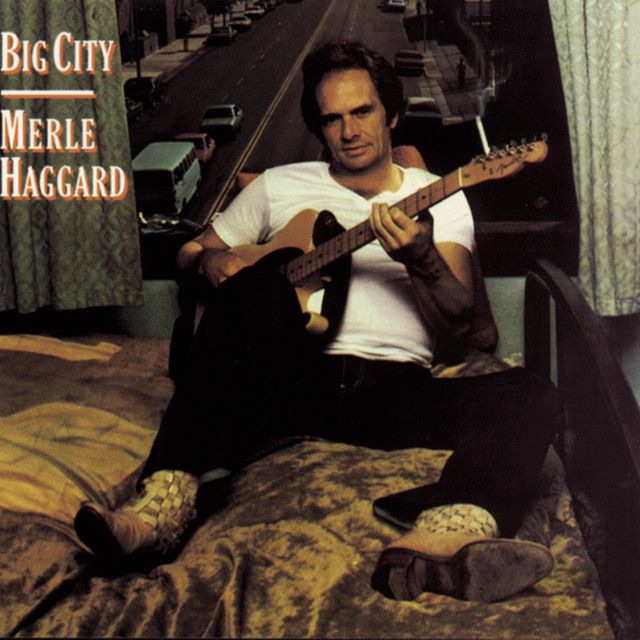 Hag knocked out this song in just 20 minutes, inspired by his best friend and bus driver Dean Holloway moaning about their schedule (recording 23 songs in two days) in the oppressive July 1981 heat.

Starting with the blazing fiddles of Tiny Moore and Jimmy Belken of his band, The Strangers, Hag modestly reckoned anyone could’ve had a hit with this, as “it just said what people wanted to hear”. 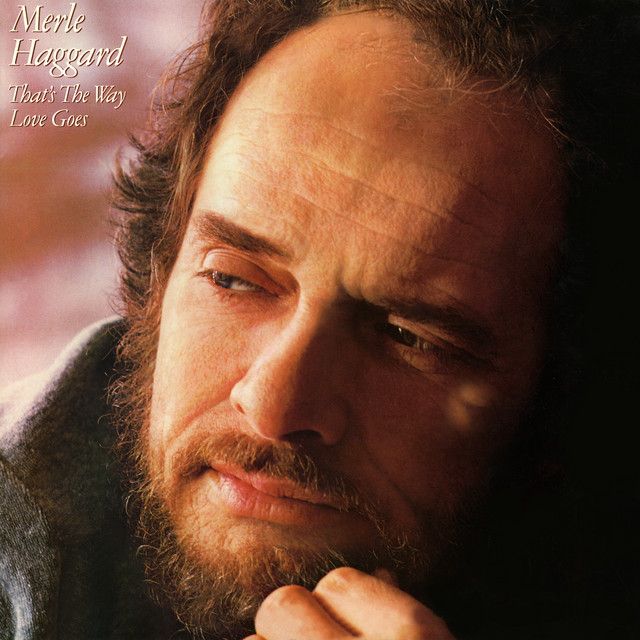 A decade after Lefty Frizzell’s song was a huge hit for Johnny Rodriguez, Hag refreshed it in an 80s style and picked up a Grammy for Best Male Country Vocal Performance.

His lifelong admiration of Frizzell saw him revisit it in 1999 for a duet with Jewel - the video offering the bonus gift of Hag sporting some real groovy spectacles. 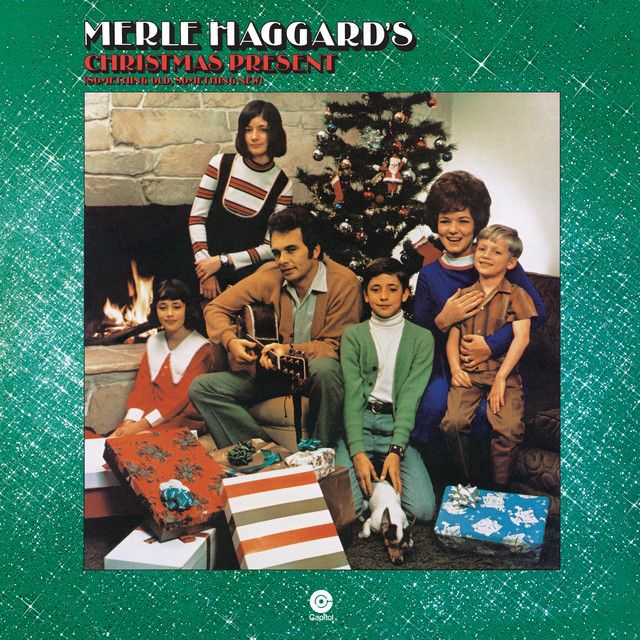 If We Make It Through December

Recorded in July, in the charts by October and no.1 by Christmas – this wasn’t meant to be a festive song.

The singer has been laid off at the factory and realises he won’t be able to make the holidays right for his little girl. All he can hope is to move to warmer climes: “I shiver when I see the falling snow”. 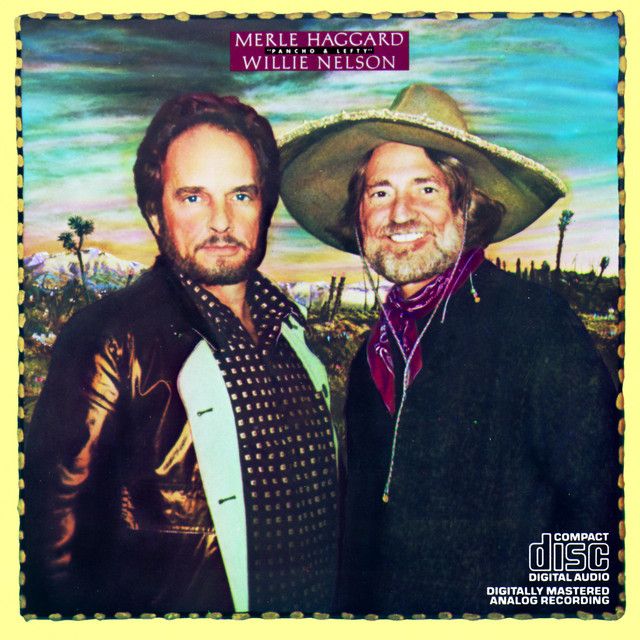 Pancho and Lefty (with Willie Nelson)

The video tells the story of the bandits on the run - you can even spot Townes make a cheeky cameo throughout. 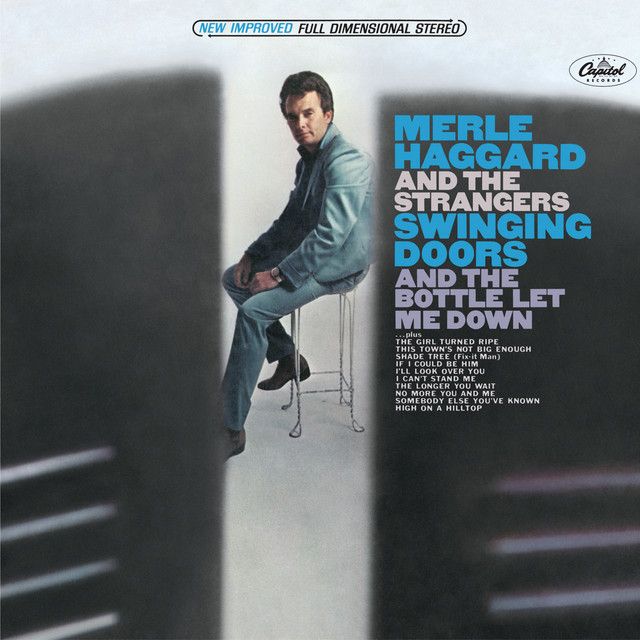 The Bottle Let Me Down

Classic country fare about self-medicating with alcohol becomes a classic in Haggard’s hands, since covered by the likes of the Mavericks and Elvis Costello.

Wherever the singer looks as he drowns his sorrows, he can’t help but see his old lover. “The one true friend I thought I’d found / Tonight the bottle let me down”. 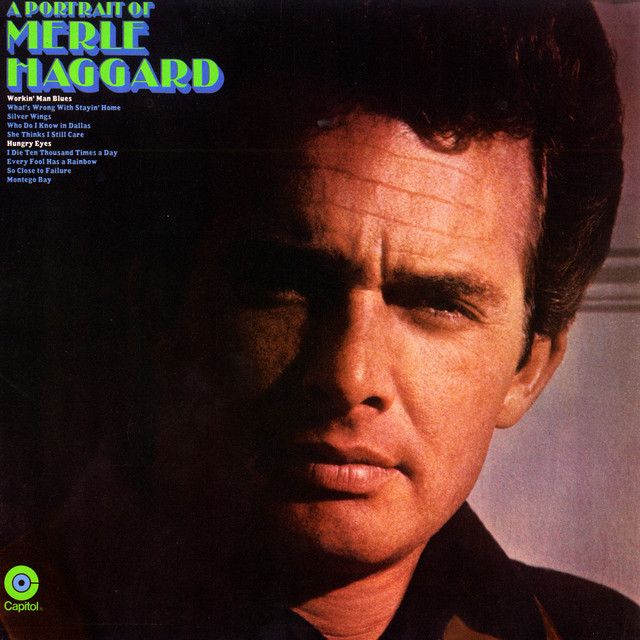 A love letter to his blue-collar fans, Hag managed to emulate his inspiration, Johnny Cash, and inspire Bob Dylan to write ‘Workingman Blues #2’. 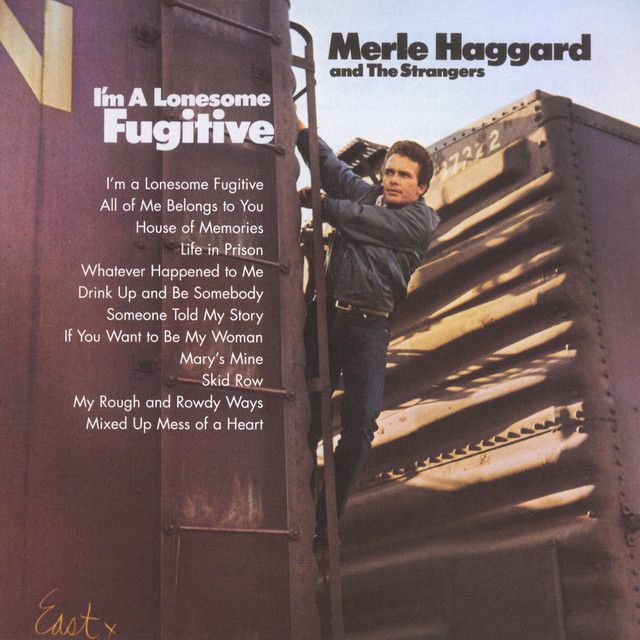 Incredulously autobiographical, it’s shocking to realise this song wasn't even written by Haggard, but by Casey and Liz Anderson.

Documenting a fugitive on the run from the law, this fitted seamlessly into his armoury of story songs that accompanied him on the road. 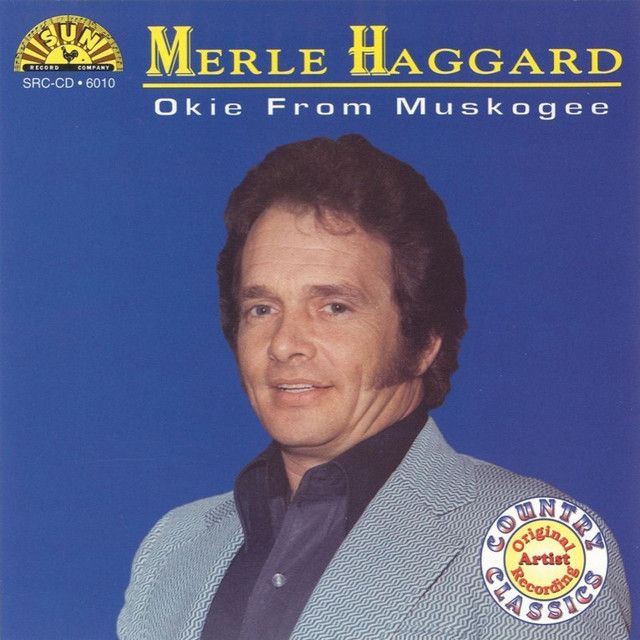 The Vietnam War and anti-war protests were raging when Hag co-wrote this song with his drummer Roy Edward Burris.

In Springsteen’s hands, the main character, Okie, might’ve pushed back at American involvement in Vietnam (as in ‘Born in the USA’), but Hag himself seems to kick against the protestors instead.

Hugely popular in heartland America and maybe an early example of ‘anti-woke’ culture, this became a regular closer to his concerts. 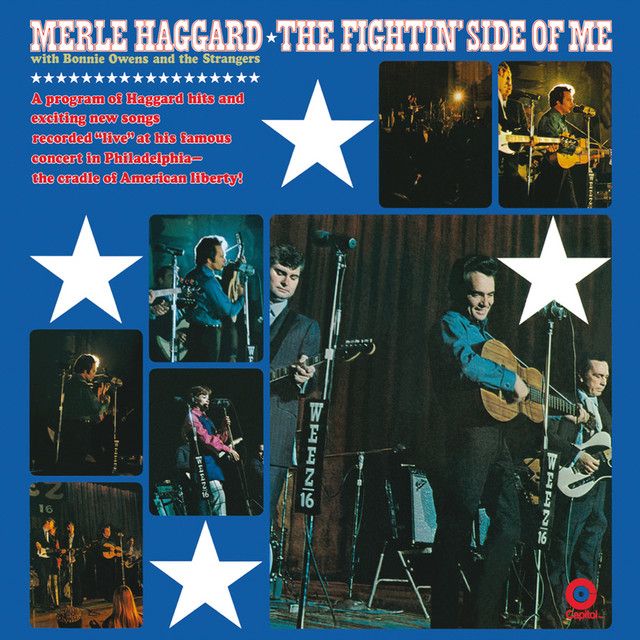 The Fightin' Side of Me

Following up ‘Okie’, this again leant heavily towards the conservative right, and told those who weren’t patriotic – and didn’t love their country – to leave it. Just like ‘Okie’, it went straight to no.1. 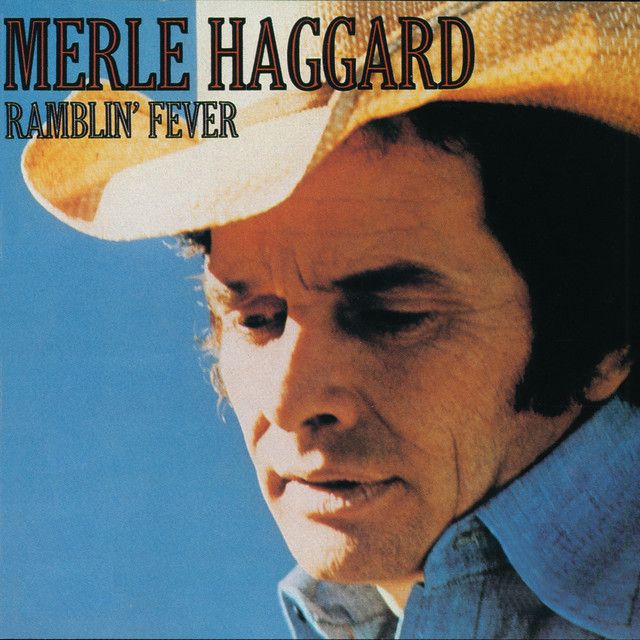 One of those life-on-the-road songs that declares: “there ain’t no kind of cure for my disease”.

Mix and matching funky 70s saxophone lines with fuzzy guitar and harmonica, this title track explores the unpredictability of always moving on, but nevertheless seems to relish its excitement. It's a heartfelt one from the Hag.

Sometimes travel takes you away from the ones you love, as Haggard admits here. “Roaring engines heading somewhere in flight / They’re taking you away, leaving me lonely”.

The strings and more expansive arrangement suit the sense of sorrow in being lost and left behind. This is one of those songs that really hits home live. 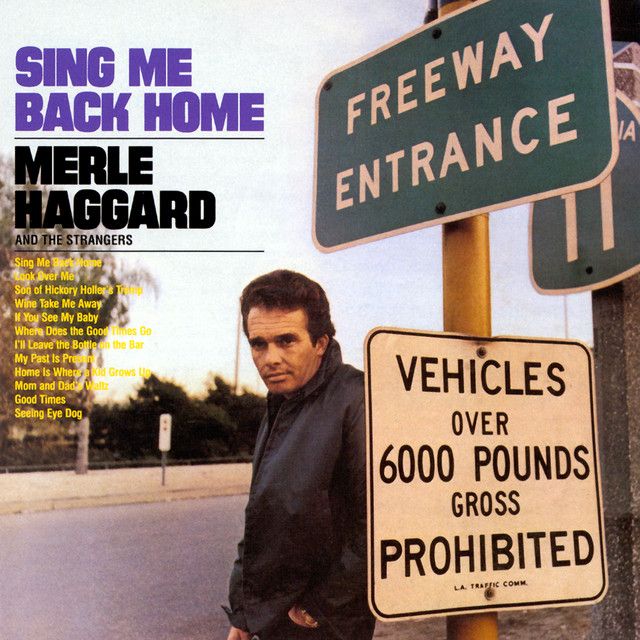 Sing Me Back Home

Also the title of Hag’s autobiography, this is considered one of the saddest songs of all time.

During his time in San Quentin, he befriended Jimmy ‘Rabbit’ Hendricks, who was executed for killing a uniformed officer, their friendship feeding this story of singing a fellow inmate’s favourite song as he approaches death.

This feels like something Steinbeck could have written, with the added ingredient of Glen Campbell’s superb backing vocals.

Also known as ‘Mama's Hungry Eyes’, this is a thank you to his single mother, setting the song in a work camp during the Depression.

Using the hungry eyes as his focus, this finally acknowledges the hardships his parents must have gone through. 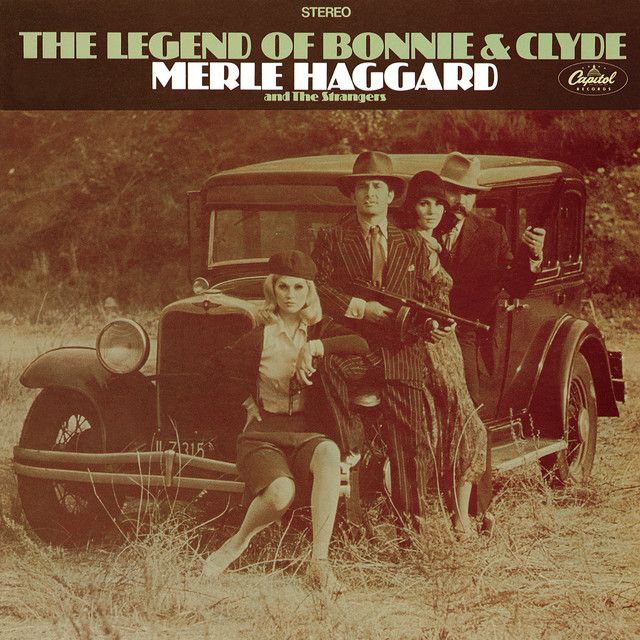 Today I Started Loving You Again

This is an irresistible love song to his second wife, Bonnie Owens. Owens popped out to fetch Merle a burger in the early hours, finding he’d written this by the time she returned to their motel.

Mysteriously only released as a B-side by Haggard, it became a hit for Sammi Smith in 1975, and has since been covered by everyone from George Jones and Kenny Rogers to Miranda Lambert and Emmylou Harris. You can certainly hear why.