From the moment we met Maren Morris with her vibrant debut ‘My Church’ in 2016, it was immediately apparent that she was going to be a game-changer. Since, Morris has become one of country’s most dominant female acts thanks to her audacious spirit and powerful voice.

The Texas-born artist has always showcased her knack for innovative storytelling, whether she’s reflecting on failed relationships, celebrating the love of her life or simply relishing in being a badass. Adding her striking vocal ability on top of her ingenious lyricism, it’s no surprise Morris is now a full-fledged superstar.

Only half a decade into her career, there are likely plenty more incredible tunes in store for fans. For now, Holler ranks the singer’s most momentous cuts yet.

A common theme of Morris’ HERO is her struggles with dating, particularly her admitting that she doesn’t always make the right decisions. She capped off that narrative on the album’s deluxe edition with ‘Bummin Cigarettes’, an introspective assessment of what she needs to change in order to find the right guy. Judging by where she’s at now, she successfully took her own advice.

As one of country’s more outspoken artists, Maren has made it very clear that she won’t let critics hold her back. ‘Flavor’ is her musical declaration of that, sprinkled with spicy electric guitar and saucy lines like “Shut up and sing / Well hell no, I won’t” and “Sometimes the truth don’t always come out nice.” It’s a perfect portrayal of who she is, both vocally and lyrically. 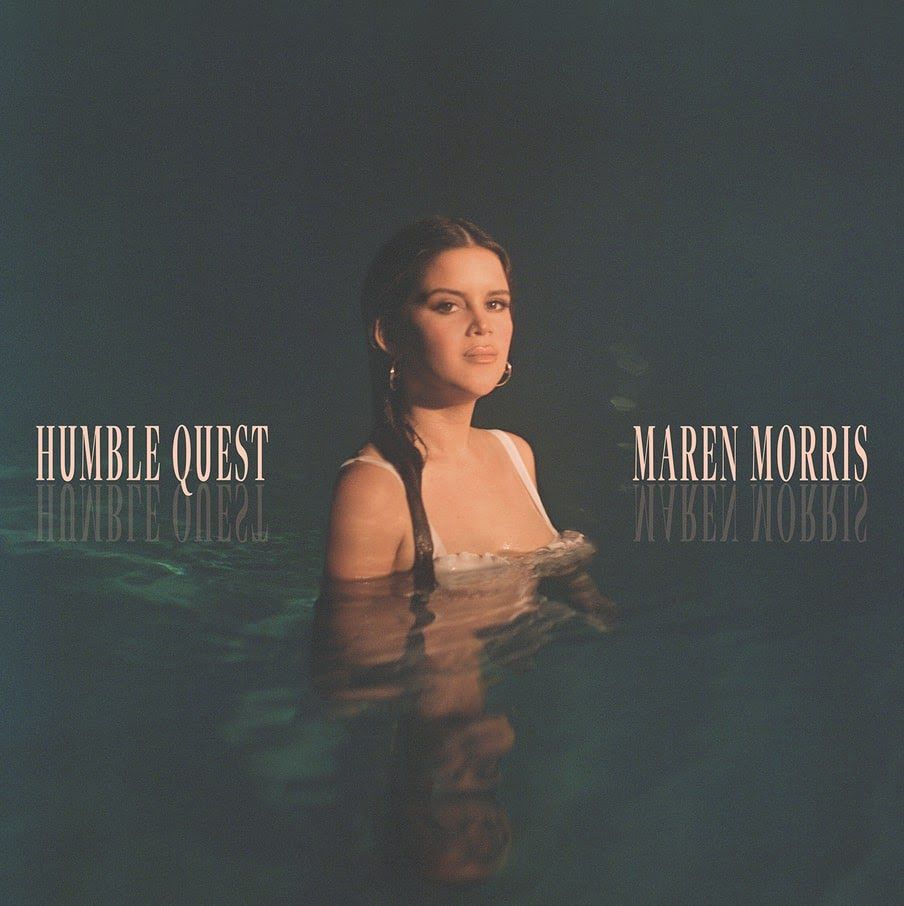 “Distance makes the heart grow stranger when the stars go out of view / Something in the universe pulls me back to you”, Maren sings on this delicately brooding slow-burner from her third album Humble Quest.

Written with Ryan Hurd and producer Greg Kurstin - best known for writing superhits for Adele and Kelly Clarkson – it puts a life out on the road into perspective, as Maren counts down the days until she can see her loved ones again.

Perhaps one of the most unique tracks in Morris’ catalog, ‘80s Mercedes’ is a different kind of love song - one dedicated to a beloved set of wheels. The echoing production and belt-able chorus make it a timeless, windows-down anthem for anyone whose car makes them feel like a badass, whether you’re an ‘90s baby or not. 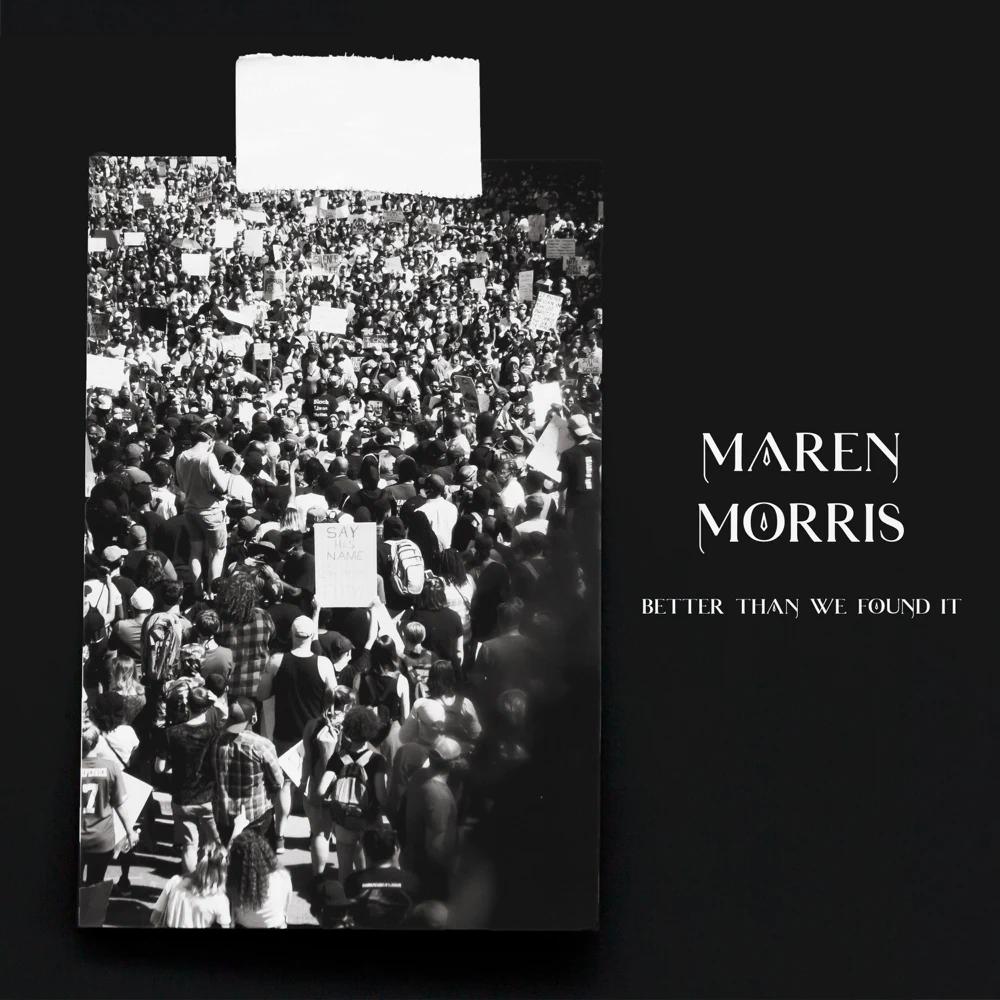 Better Than We Found It

Morris was inspired to write this poignant protest song after the turmoil the U.S. faced amid the coronavirus pandemic last year. Backed by an affecting acoustic melody, she poses important questions about the state of her country, with the most striking one coming in the titular line: “Will we leave this world better than we found it?”

All My Favorite People

A very Maren take on a party song, ‘All My Favorite People’ is an ode to the rowdier types who enjoy drinking on a Tuesday night and mixing their liquor with Crystal Light. Morris recruited her good pals Brothers Osborne for the GIRL cut - a brilliant collaboration not only because of how their voices blend, but also because it sounds like they had a damn good time recording it.

Many tracks on Morris’ debut album HERO chronicle a love gone wrong, but ‘Rich’ may be the most clever of them all. The singer flips a bad-for-her relationship into a life of luxury, suggesting that she’d be, well, rich if she made money every time she was scorned. And with an infectious “La-ah-ah-ah-ah-dee-da” hook to boot, ‘Rich’ is one of those breakup songs that’ll make you completely forget you were ever heartbroken. 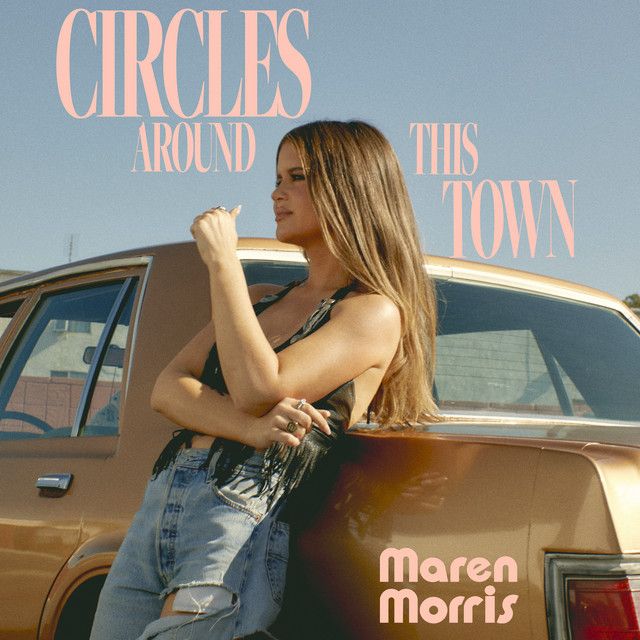 Circles Around This Town

We were sitting up front with Maren again for the sweetly autobiographic first single from Humble Quest, as she sat us back down in that same car from her breakthrough ‘My Church’; windows rolled down and country music blasting.

This time around, we were driving in circles around a town that she’d now conquered as she reflected on a journey that’s taken her from “a couple of bad demos on a burned CD” to being a billion-streaming country-pop superstar.

Opposite of the story in ‘I Wish I Was’, ‘The Bones’ celebrates a love so strong that nothing can get in its way. Using a home as a metaphor, Morris declares “the house don’t fall when the bones are good” in the instantly memorable chorus. That message widely resonated, as ‘The Bones’ became Maren’s first original crossover hit (in part thanks to a swoon-worthy remix with Irish star Hozier).

I Could Use A Love Song

Maren has a way of making the brokenhearted feel seen, and ‘I Could Use a Love Song’ is arguably the best example of that. After going through a breakup herself, she longs for a tune that helps her feel hopeful instead of hopeless. It’s quite the statement in a genre so saturated with starry-eyed love songs, but it was clearly appreciated by fans: ‘I Could Use a Love Song’ was Morris’ first no.1 country hit.

Only a wordsmith like Maren could make the phrase “to hell and back” a good thing. She put a romantic twist on the familiar idiom in this creative ballad, a tale of two lovers who have both been through the ringer in life and love - a sentiment encompassed by the chorus’ final line: “Lucky for me, your kind of heaven’s been to hell and back.”

A voice as dynamic as Maren’s makes any of her songs fun to sing, but ‘Second Wind’ is one that you actually feel while singing along. Every lyric serves up inspiration for those who have faced any sort of adversity, reminding listeners that you can get back up after being knocked down. It’s a cathartic approach to telling off naysayers while simultaneously pumping yourself up.

I Can’t Love You Anymore

The title hints at being a classic country heartbreak song, but it turns out to be a perky celebration of the exact opposite, as Maren lists off all the many different ways she loves her husband and wonders what she ever did to deserve him.

Morris turns in joyful little couplets like “You bring me coffee in morning / You're fun even when you're boring / and you like me / even when I've been a bitch” with the sort of wide-eyed infectiousness that makes you want to sing along at the top of your voice.

“I’ve cussed on a Sunday / I’ve cheated and I’ve lied.” Those are the first two lines that introduced Morris to the world in her emphatic debut single, proving from the very beginning that she was going to push boundaries. The soulful, gospel-tinged anthem turns music into religion, taking everyone to church the way Hank Williams and Johnny Cash do for Maren when she puts her car in drive. Can we get an amen? 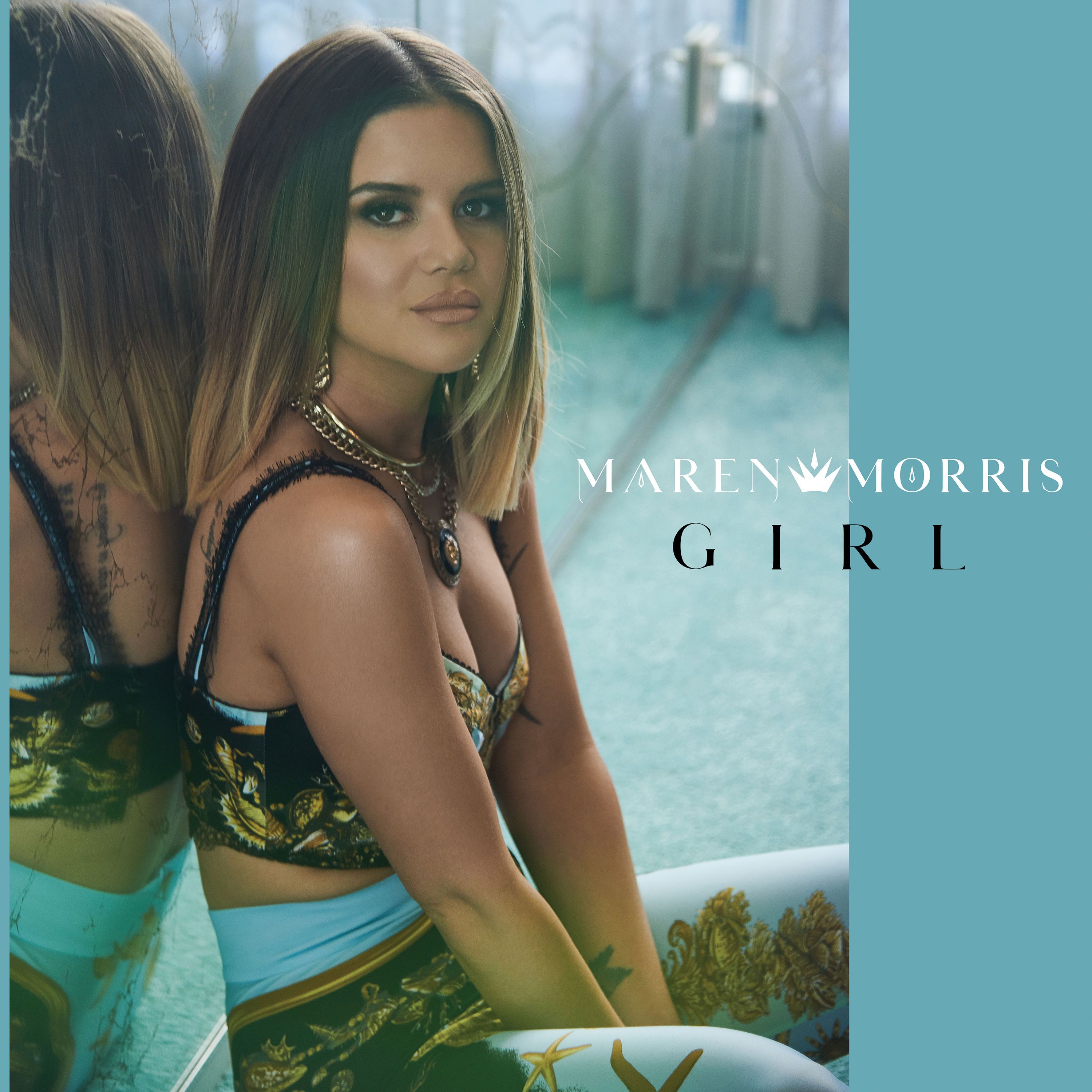 We won’t lie - it was tough to decide whether ‘My Church’ or ‘GIRL’ should top this list. But when it comes down to it, you can’t get much more Maren than ‘GIRL’. The lead single to her glittering sophomore set is as empowering as they come, from Morris’ power notes to the pep-talk lyrics promising “everything’s gonna be okay”. The pounding track ushered in an even bolder era for the star, cementing her place as country’s confidence queen.