I was first introduced to Kenny Rogers by my Grandma. I have a distinct memory of her dancing by herself in the kitchen listening to Kenny from the record player in the dining room.

She was a harsh critic but Rogers somehow made the cut; in her eyes, he could do no wrong. Though she would never admit it openly, I believe, alongside having a love for his stellar catalogue, that she had a secret crush on him. Of course, she wasn’t alone in either category.

Known for his chameleon-like nature, Rogers’ career spanned four decades, garnering over 100 million album sales worldwide and countless hits in various musical genres far outside of just country music. His signature baritone could glide through a jazz standard as easily as it could soar through disco-infused pop.

He was a legendary showman, a consummate duet partner, a gentle heartthrob. But above all else, he was an avid storyteller committed to his craft.

Here, Holler takes a journey through his esteemed career to decide which 20 are his greatest songs. 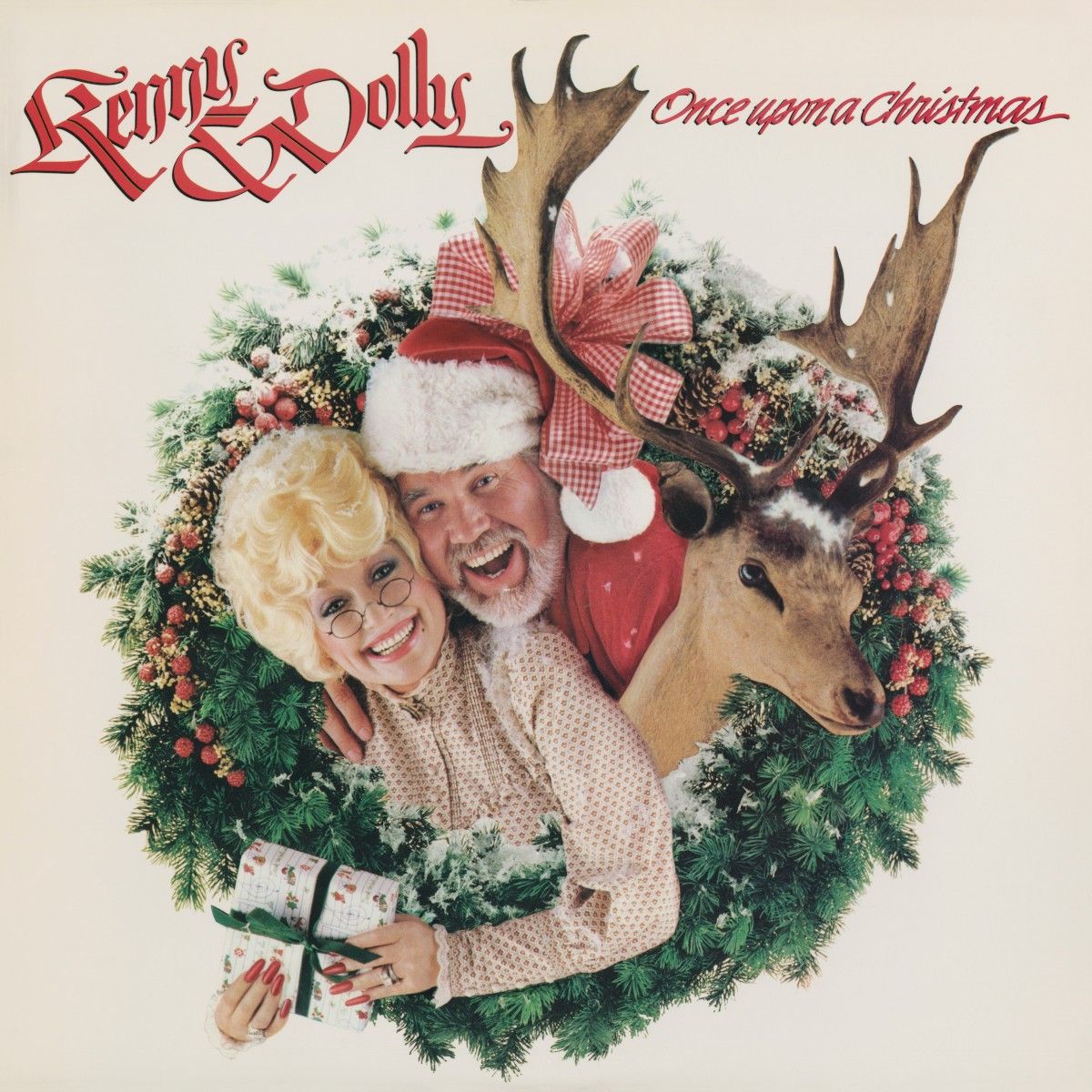 A Christmas To Remember

No offense to the legendary Ms. Carey, but this duet between Rogers and Parton is the real reason for the season in my house.

There is such mutual respect and love displayed through the vocal performance of these dynamic duet partners. It’s full of life and joy.

Play this for any Grinch and they are bound to feel “springtime feelings in the middle of December”. 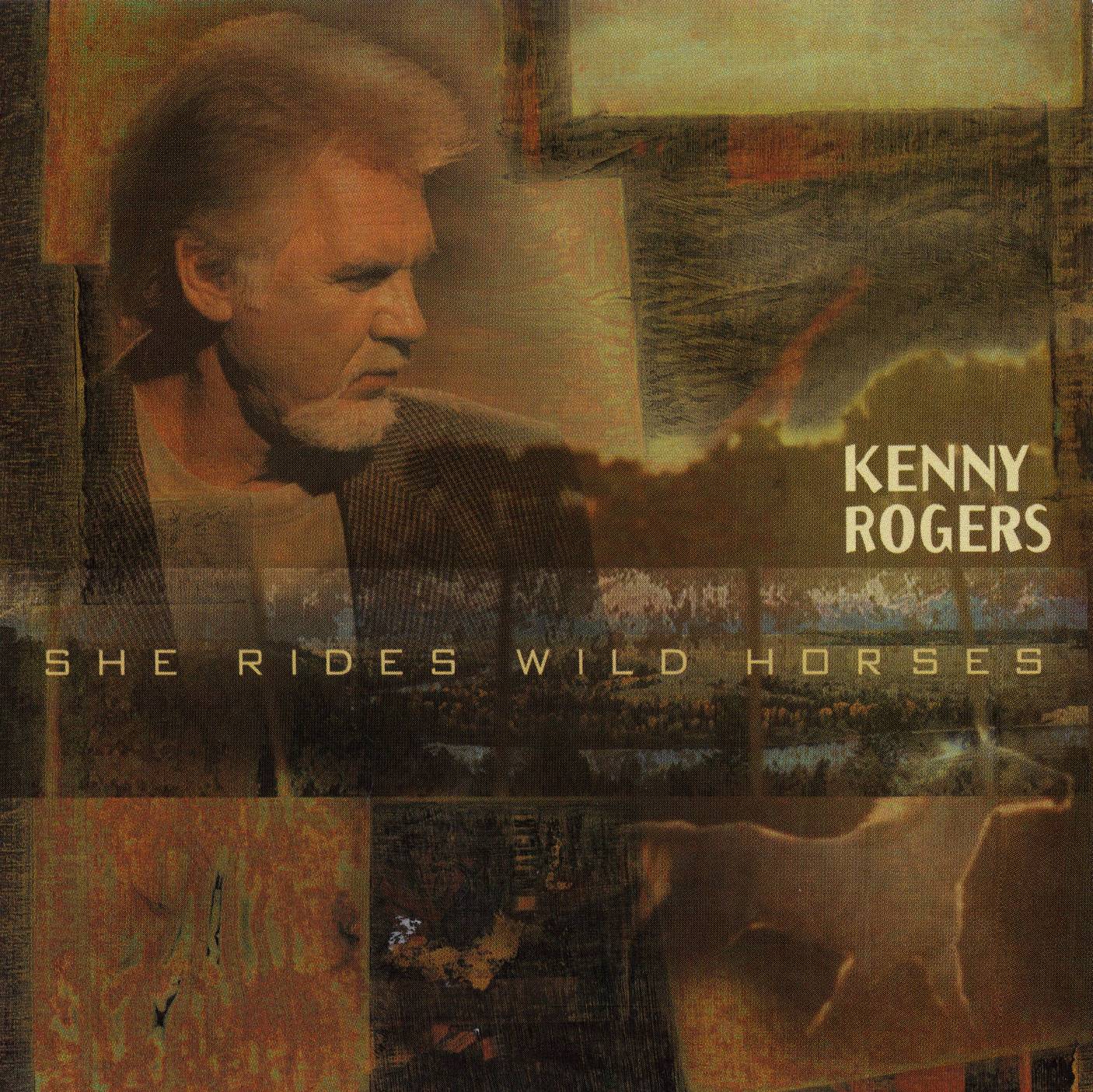 When this was released, Rogers joked, "every 20 years I will record a Don Schiltz song”.

Similar to ‘The Gambler,’ this song is filled with optimism and life lessons. His style of speak-singing works well for the simplicity of the lyric, so as not to distract from the overall message. Rogers always knew how to put the song first. 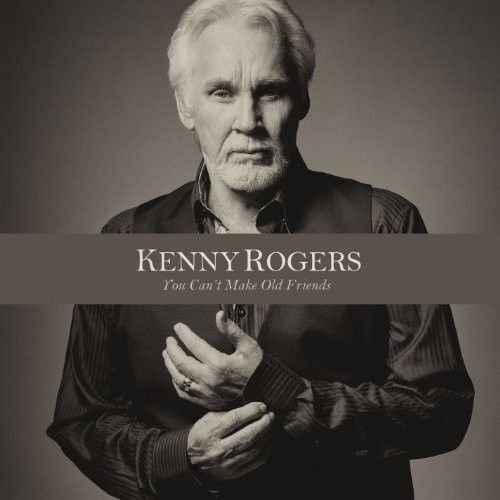 The opening line is a heartbreaker because we know how this story ends. The strength of his voice and the tender conviction are downright astonishing, while the addition of Parton to this beautiful track just adds to this lyrical keepsake. 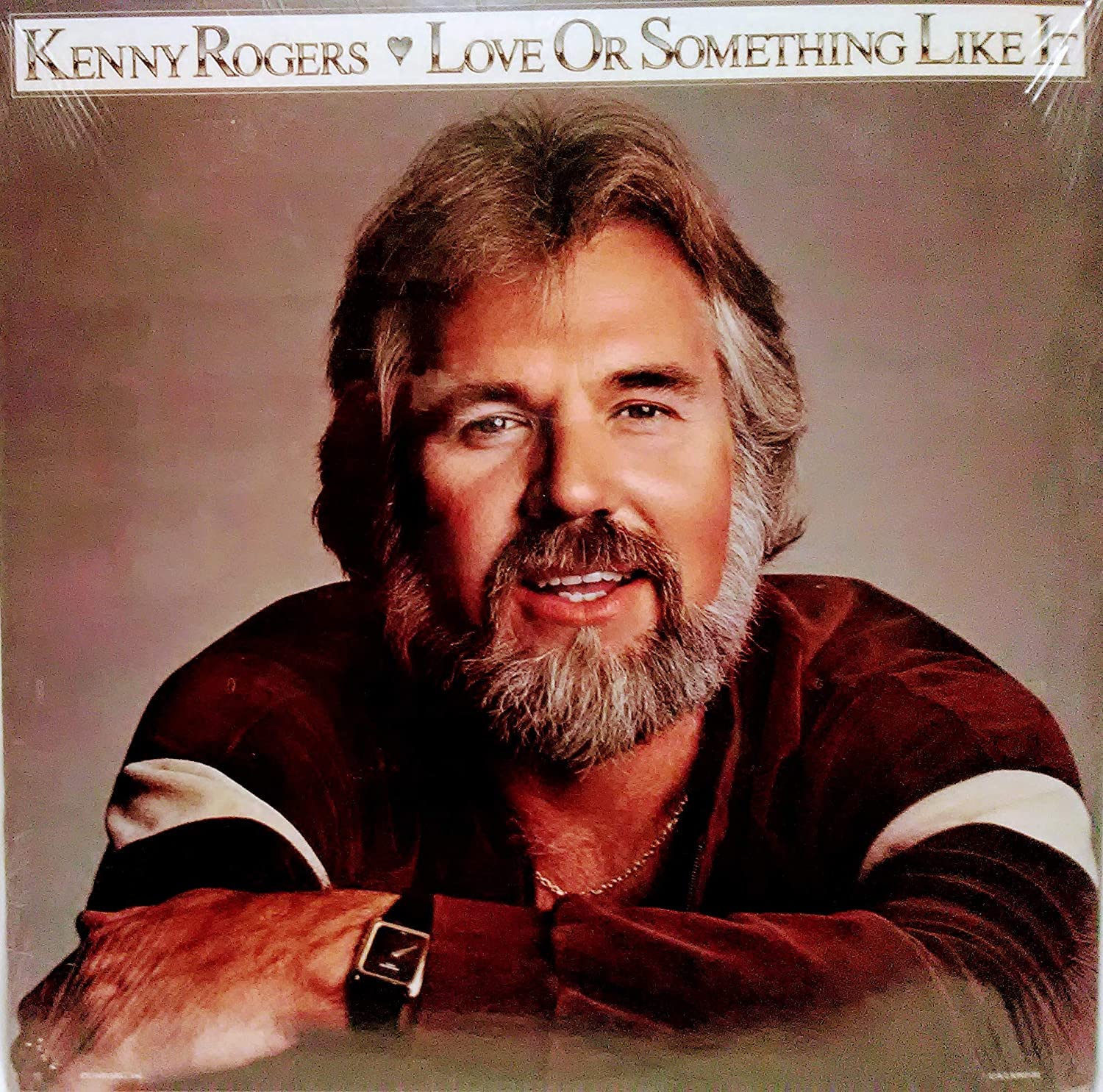 'Love or Something Like It' was Kenny's only No.1 hit where he was listed as a co-writer. The experimentation between traditional country and Jimmy Buffet island bop is a unique one for him, but it's infectiously fun and free. 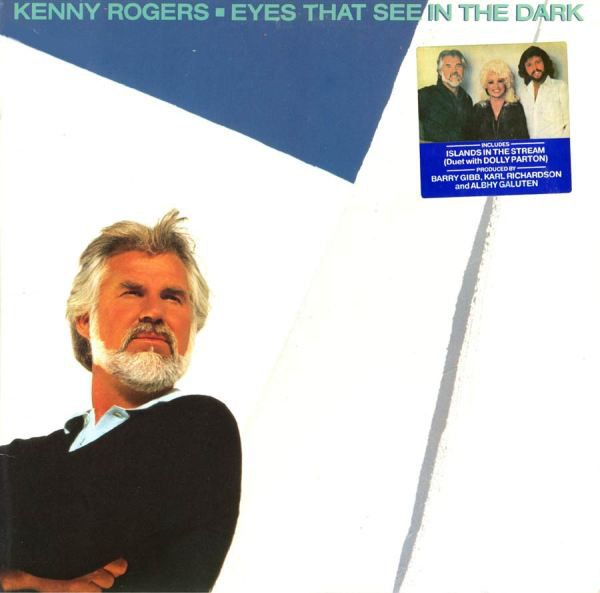 A shining moment on the stellar Eyes That See In The Dark, Rogers happily welds together the pop arrangement with a sweeping country-western lyric.

While the background vocals are out of this world, Rogers voice is always the true center, providing an absolutely glimmering performance. It remains vibrant, fresh and crisp. 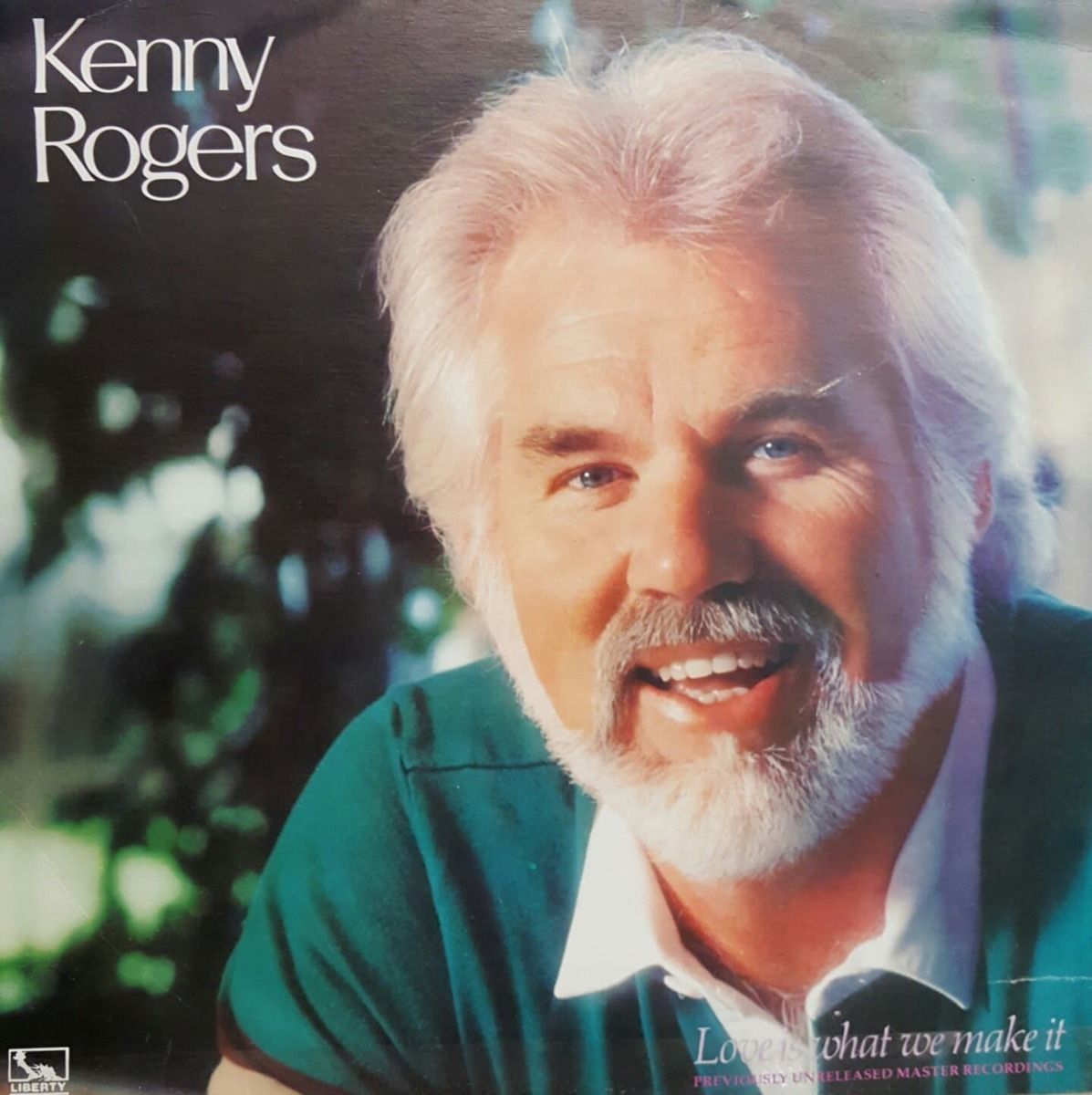 Rogers was onto his fourth marriage when this song was finally released.

Some might call it a throwaway track on the underappreciated album Love Is What We Make It, but this country-pop ditty can be held in high regard for telling his own story rather than someone else’s.

Full of humor, tenderness, and a bit of regret, it's an underrated gem in Kenny's catalogue. 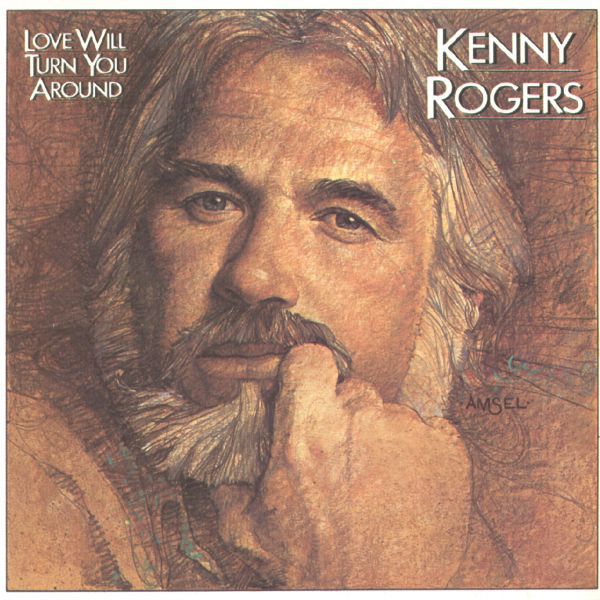 This stellar tongue-in-cheek lyric is a perfect Rogers track.

He convincingly tricks the listener into blaming Diana, the protagonist of the song, but you can almost hear him giggling as he reveals the narrator’s secret in the chorus.

A flip on a traditional country standard - the song demonstrates Rogers' ability to pick material that's ahead of its time. 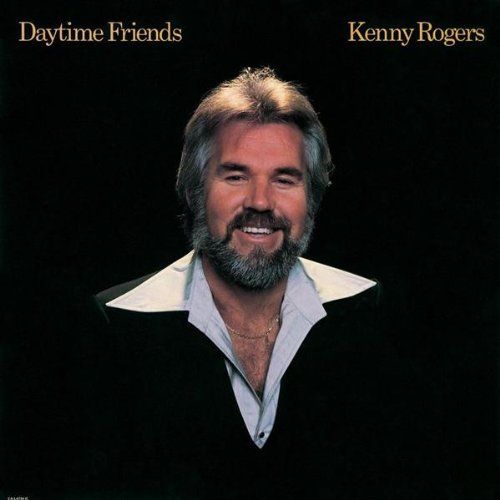 This lively, uptempo single is a bit misleading.

Roger’s jovial vocal approach tricks the listener into sing-along territory, right until that chorus hits. Then they realize what they are singing along to - clouded judgments, guilty partners and secret rendezvous.

This is a pure country-pop cheating song, one that leaves you wondering where your partner is tonight.

Rogers never left his rock roots far behind for too long.

This is a rock n' rolling good time; Kenny's vocal arriving rough and jagged to fully encapsulate the narrator’s story.

This is a song that was meant to be played in dirt-floored honky tonks with a bottle raised high. He’s having the time of his life on this one. 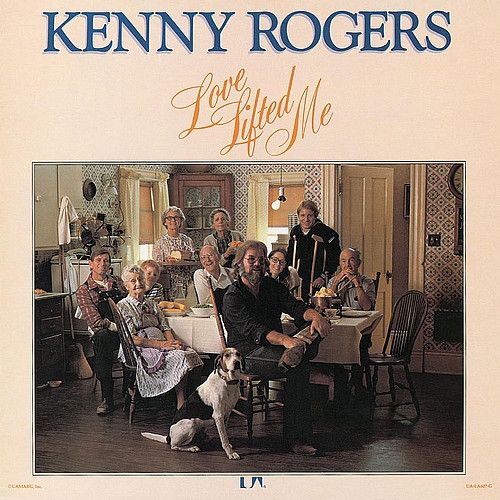 On his first solo outing, Rogers transformed a hymn from the early 1900’s into a piano-driven country gospel, with full backing choir and all.

His comfort in doing so is almost unnerving - its superb arrangement and gorgeous vocal comes from a man that was destined to be a star. 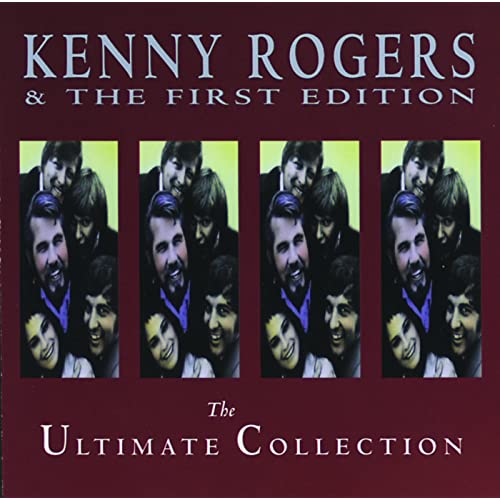 Just Dropped In (To See What Condition My Condition Was In)

This hit song was an absolute psychedelic rock curveball from Rogers' early band, The First Edition.

It serves as one of the first signs of his ability to mold his voice into any genre of music; the vocal providing stability for the groovy track. 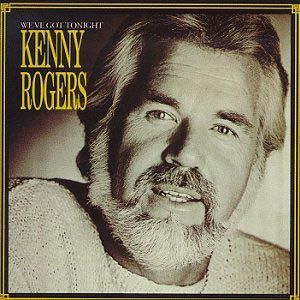 Sometimes the most surprising duet partners make the best music. Sheena Easton and Kenny Rogers are a case in point.

Rogers percolates the track, warming it up for Easton to come in with her explosive vocals.

Turn this one up. Feel the fireworks. Think about your unrequited love. Bask in pure 80’s magic. 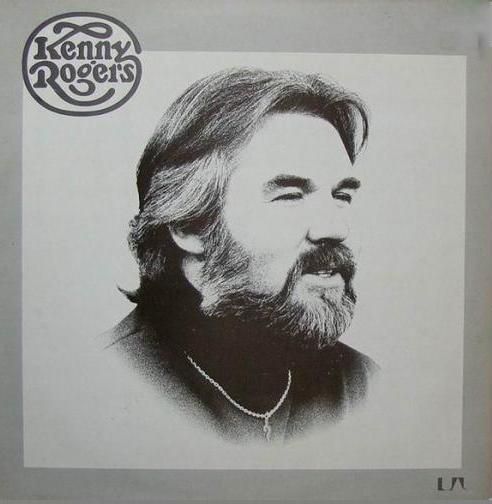 An early solo career hit for Rogers that demonstrates his fine sense of humor.

He brings you in with a well-told tale of cheating in a dusty barroom, only to blow it up with the hilarious change of heart in the chorus.

A consummate storyteller who never took sides, Roger’s vocal makes you feel for both the husband, the narrator, and down on her luck Lucille. Oh, Lucille. 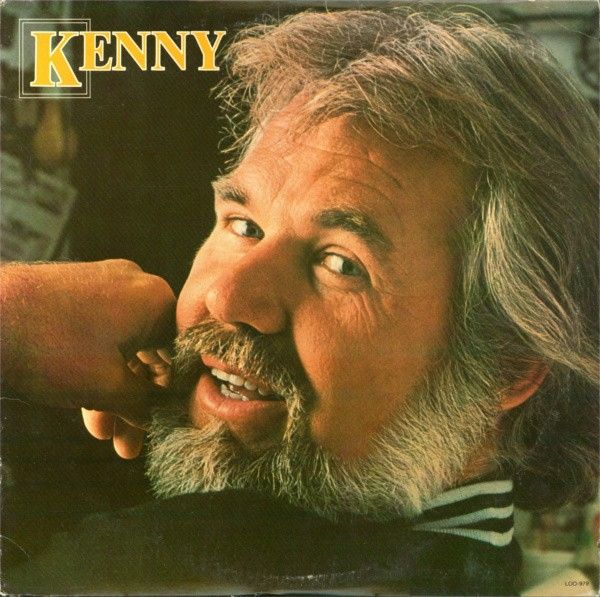 You Decorated My Life

From the raspy opening to the soaring chorus, Rogers gives this pop classic considerable depth with his always malleable baritone.

He tackles each lyric with such conviction that the listener feels as if he is speaking to them personally. This is a first dance wedding staple and a pillow talk repeat play. 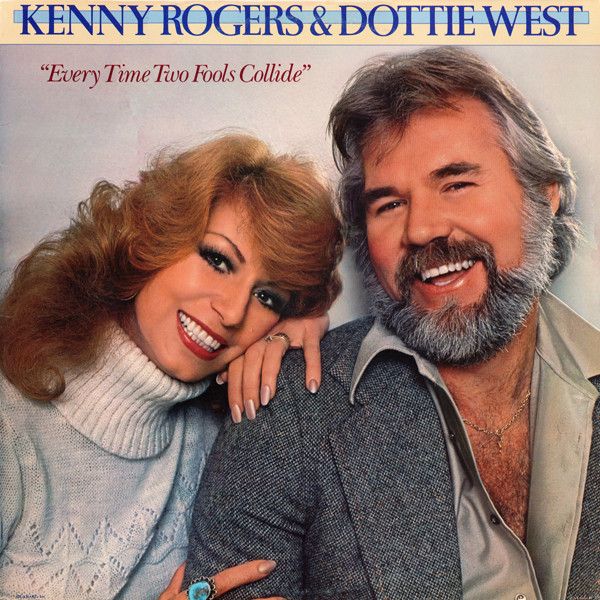 This is a sparkling and soulful duet with the late great Dottie West.

Their voices match perfectly, its rich texture exuding yearning passion. Yet the heart of this song lies in the final chorus, taking vocal gymnastics into the stratosphere. 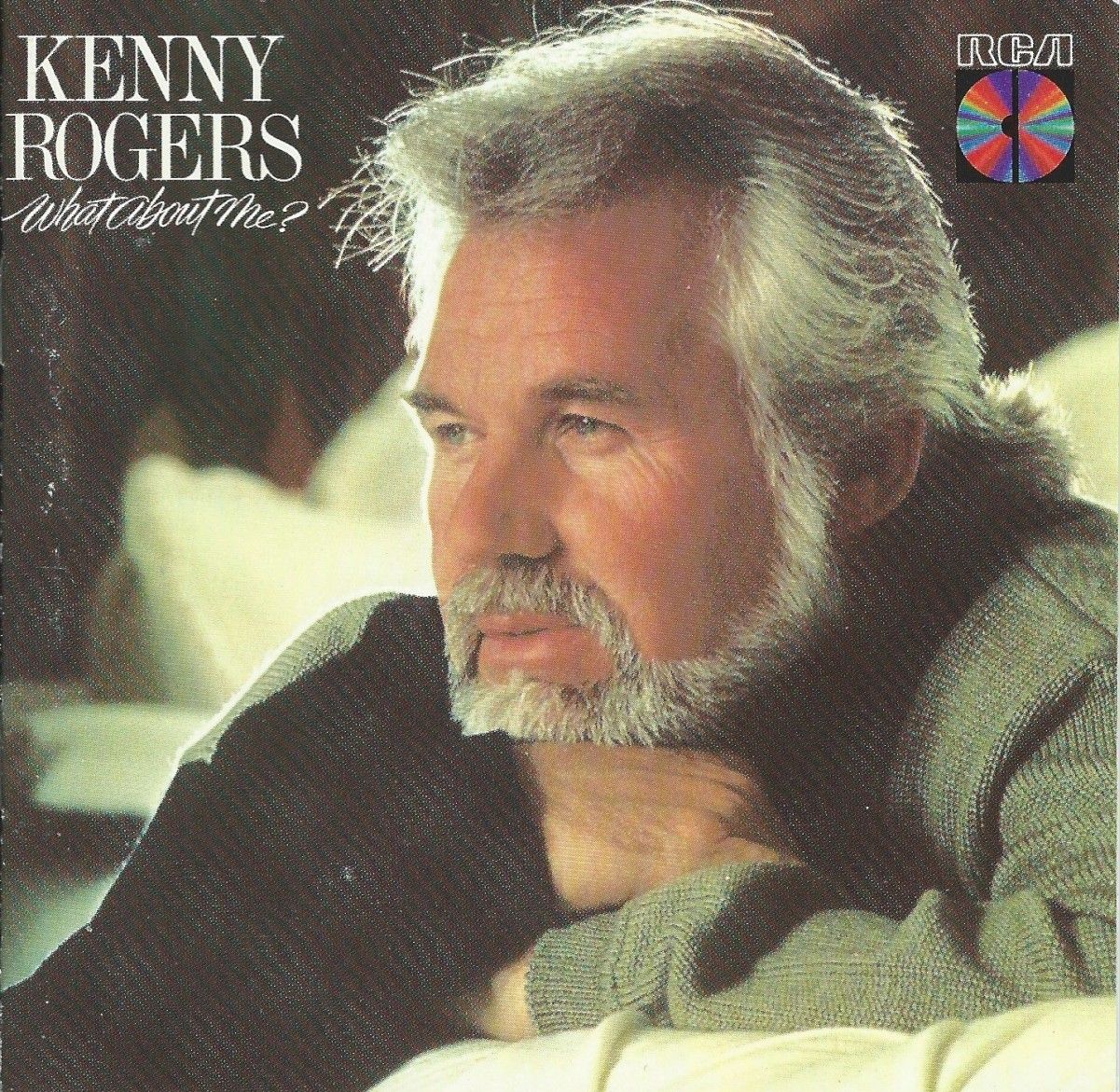 It was impossible for this not to be a hit given Rogers in-depth involvement. He served as co-writer with Richard Marx and co-producer with David Foster.

The lyrics are obviously personal, but it is the vocal that brings home the signature vulnerability that Rogers became known for.

Listen to the way his voice cracks on the extended "you” at the 2:42 mark. Get out the tissues. This is the voice of a man in love. 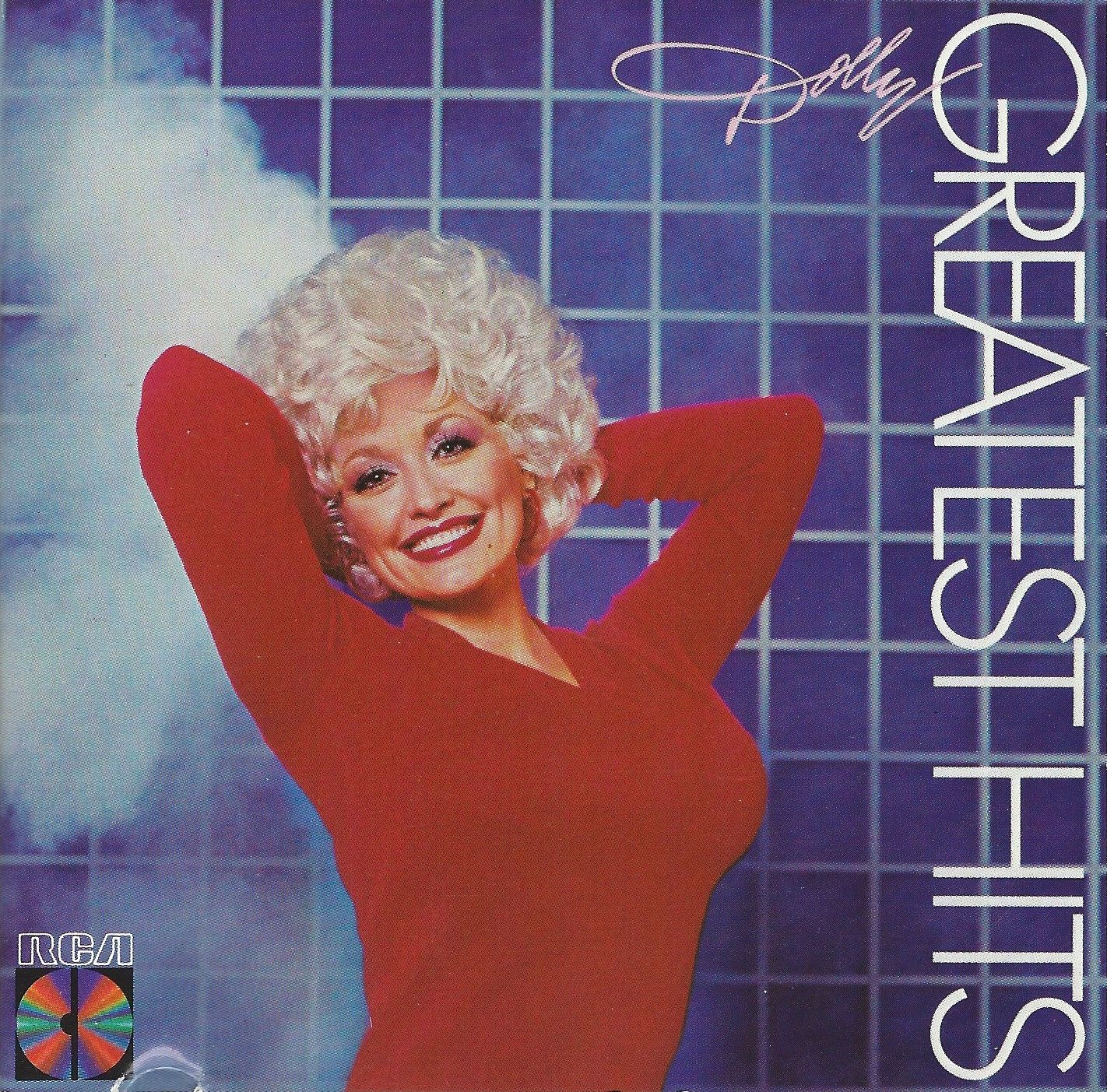 Islands In The Stream

Regardless of how simple Loretta and Conway made it look, duets aren’t an easy business in country music.

It takes a tremendous amount of trust, respect and a tossing aside of ego that might be hard for any star.

Yet on this legendary record, from the first dual note of Rogers and Parton’s voices, you know that the song that was tossed aside by Marvin Gaye was now in the right pair of hands.

It’s a playful, disco-infused earworm that sizzles with sexual tension. Try not to sway back and forth. I dare you.

But take a deep breath and really listen to the opening of this song. There is a quiet assuredness in this vocal - Rogers knew the risk he was taking with this record. He knew the naysayers that stated he wasn’t country enough, but it never shows once.

As any great gambler knows, the doubters will doubt; but it’s always a winning hand when you trust your gut. Rogers always succeeded. 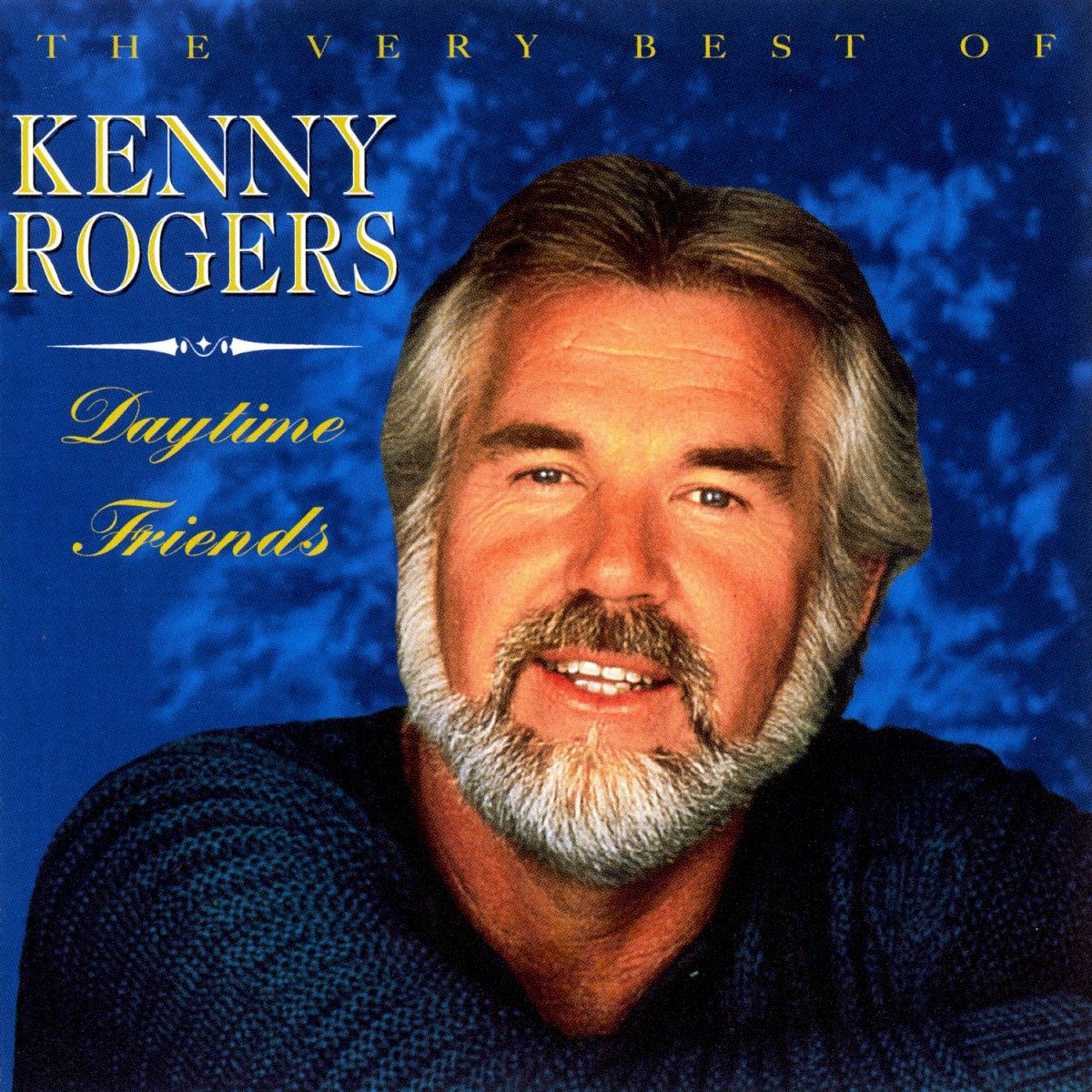 This is one of the biggest hits of his career and for a rightful reason - he was always at his best when he could create with a broad stroke.

‘Lady’ pays testament to his ability to blend country, pop, and R&B with successful results. It’s a soulful plea and a smoky demonstration of faithfulness; his voice eating up every one of Lionel Richie's words.

Coward of the County

“But you could have heard a pin drop when Tommy locked the door".

The spoken-word lyric that induces chills on every single listen.

This is Rogers at his storytelling best. He knows how to push and pull the listener along through a complicated narrative. You can feel the emotional tug of Tommy’s struggle in wanting to please his father, but the need to defend his Becky.

Leave it to Rogers to redefine manhood in the late 1970s.