While some remember the great June Carter Cash as simply her husband Johnny Cash’s musical appendage of sorts, in truth, she was so much more. A member of the famed Carter Family, she claims an important role in establishing the template for traditional Americana and trailblazing a sound that resonates even today.

Here, then, is a list of 15 of the best June Carter Cash songs that found her making an emphatic imprint… 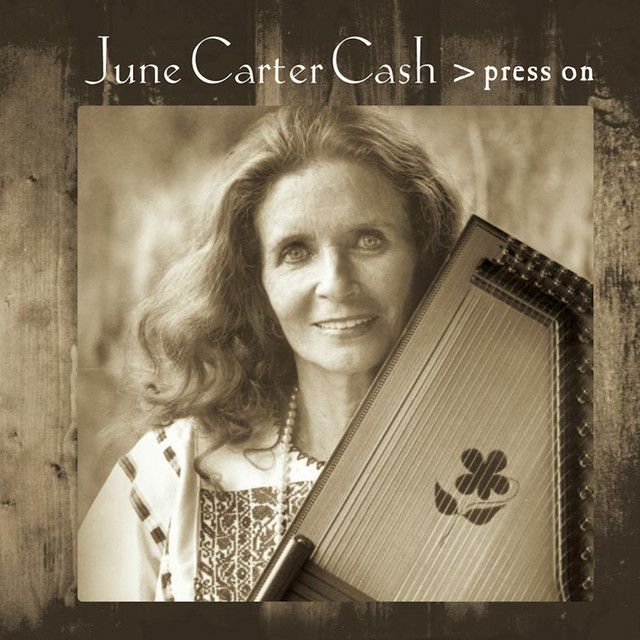 Given its up-tempo melody, it’s hard to know whether the singer is actually remorseful about having to leave her lover. Regardless of what caused the divide, she’s chosen to remove her wedding ring and embark on a final fling. Is he to blame? Who knows.

One thing is clear — June Carter was indeed one independent individual. 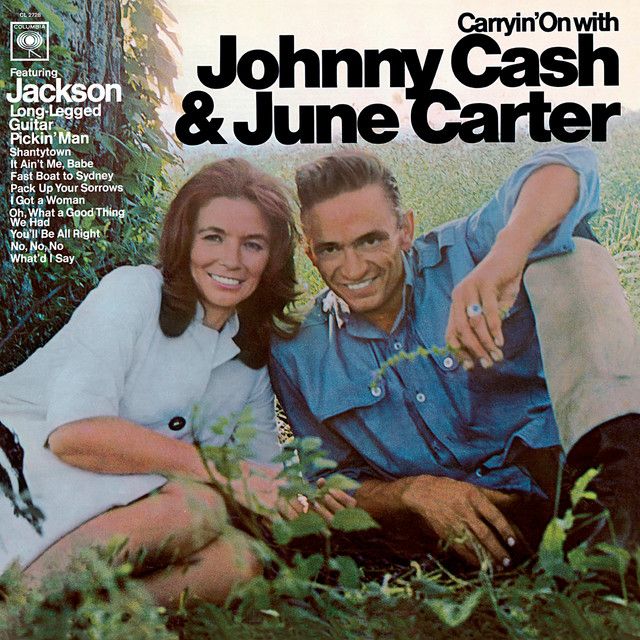 No, this isn’t the Shanty Town of reggae renown. Rather, it’s a place on the wrong side of the tracks where the ner-do-wells reside and from which there’s no escape.

“Well is the gold in your crown turning black / Is there something here in Shantytown that keeps you coming back?” One can only wonder. 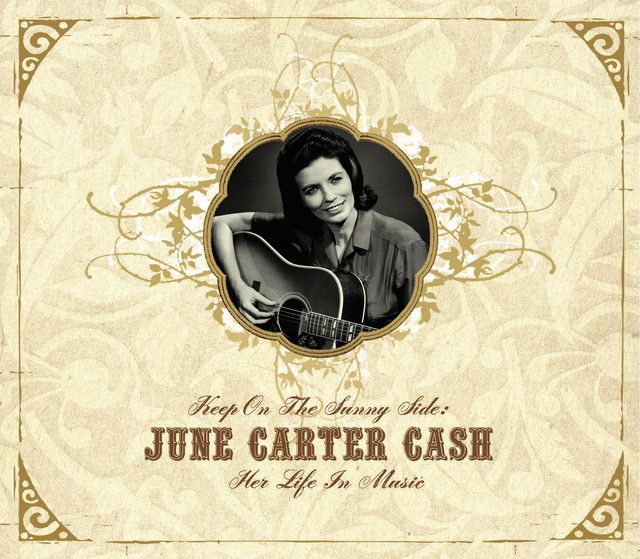 In attempting to cling to a lover who’s obviously gone astray, ‘Tall Lover Man’ expresses a woman’s disbelief that her man’s taken up with another woman. The heroine refuses to accept that fact despite what he and others have told her. In the end, disappointment determines “died in the sand” as a result.

Gospel music always played a prime role within June’s musical template, and ‘Wings of Angels’ typified that fact through the desire and determination to find salvation in the arms of her savior.

“I keep slippin’ into Hell,” she insists. “I can’t seem to get it right.” Nevertheless, she makes it clear she’ll keep trying. 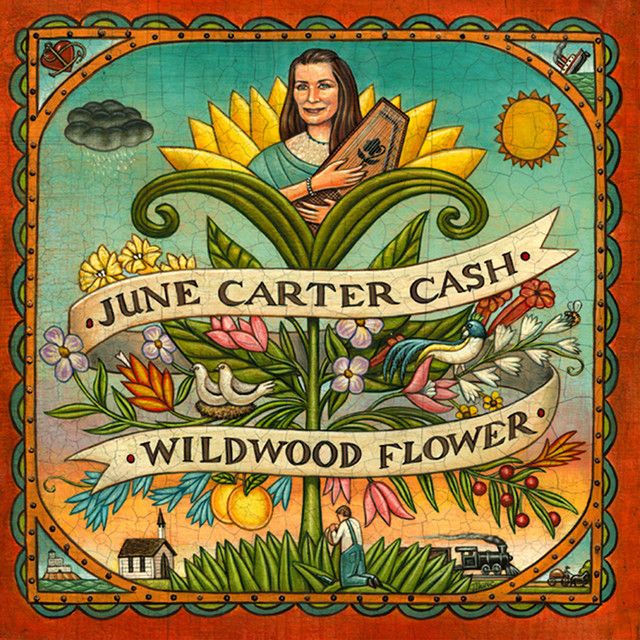 Borne from a traditional tapestry, ‘Kaintuck’ references ‘Kentucky’ for those unfamiliar with the local dialect.

With its ragtag refrain, the song details the troubles and travails encountered by travelers on a wilderness road, a journey flush with danger given the fact that “Every Injun in them hills has gone berserk.” Best take heed, political incorrectness aside.

This mournful ballad references the big yellow peaches noted in the title as a source of comfort for a woman who shot her husband because he was a rampant renegade.

Although it’s clearly confessional, a jury might not bring a conviction after hearing the penalty she’s already paying through her lost and lonely ways.

Will the Circle Be Unbroken

Granted, this song of clarity and conviction has been passed on by many artists over the years, but given the fact that it was originally written by A.P. Carter, the father of the Carter clan, it had special significance for June Carter in particular.

She performed it repeatedly throughout her career, and it still resonates within her repertoire.

Keep on the Sunny Side

An ode to optimism, ‘Keep on the Sunny Side’ urges us all to reject pessimism as a means of embracing all life has to offer. Folksy to a fault, it reflects that down-home demeanor June inherited from the Carter Family canon.

Given today’s turbulence and turmoil, those sunny sentiments are still worth remembering.

While she was obviously an independent woman, June Carter’s devotion to her husband was deep and intense.

This song declares her unwavering commitment and makes a pledge to do whatever needed to remain a true and faithful life partner. And indeed, that’s exactly what she did. This beautiful ballad summarizes that succinctly.

Having originated with the Carter clan, the song remained closely associated with June, who continued to play a role in preserving the legacy of the country music’s first family.

The cheery sentiments aside, a closer listen finds a jilted lover trying to bypass her rejection and find an upward glance instead.

Oh, What a Good Thing We Had

A lament about the fragmentation of a relationship while recounting all the fine memories shared early on, the jaunty melody belies the sadness found in the wake of the break-up.

Given the bond that the singers continue to cling to, it’s hard to believe that they’ll actually end up severing their ties. 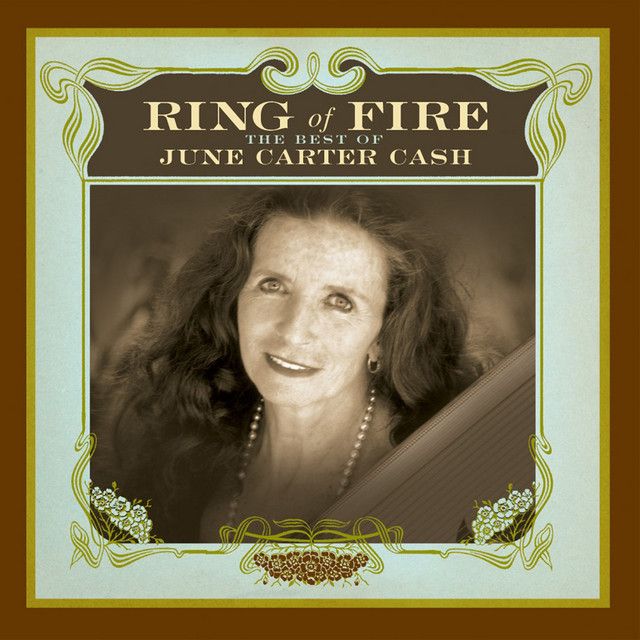 Far Side Banks of Jordan

June was immersed in her spiritual values, a carry-over from the gospel tradition that originated with “Mother” Maybelle Carter and the Carter clan.

Flush with faith, devotion and reassurance, ‘Far Side Banks of Jordan’ imagines heaven on the far side of the horizon, with each partner promising to greet the other should they be the first to go.

Somewhat ominous in its intent, ‘Ring of Fire’ describes Carter’s fiery relationship with Cash in literal terms that are so transfixing it’s hard to get past the aural imagery described in the title.

In truth however, it was meant to convey the deepening love June was feeling for Johnny early on. Indeed, those flames went higher.

A decided declaration of independence, this assertive song finds the couple in question challenging each other over the limits of their freedom, and just how far they’d go to assert it.

In that regard, it perfectly captures the strong wills and defiant personalities each partner contributed to the relationship.

A duet with Johnny, this fiery song refers to a couple that “got married in a fever, hotter than a pepper sprout,” but now find the need to rekindle their relationship by returning to the place of its origin.

A rough and tumble delivery underscores the urgency, resulting in a classic John and June duet.

Listen and subscribe to Holler's the Best June Carter Cash Songs playlist below: