Hank Williams was the first bonafide superstar of country music. Known as the Hillbilly Shakespeare, he wrote, recorded and performed careworn songs of love, loss and loneliness.

Although rooted in country, his sound was laced with the echoes of church music, folk and the blues. He chiselled songs that reflected the harsh reality of his upbringing and, as a spina bifida sufferer, mirrored the pain and disconnection of his later life. He was bathed in a sadness that could not be disguised, despite the success that came his way.

From 1947 until his death aged 29 in 1953, he and his group the Drifting Cowboys dominated the American charts. Driven by a relentless schedule of radio appearances, recording sessions and countless live shows, he scored no less than forty top 40 singles, including 11 no.1 records, topping the charts for a phenomenal total of seventy weeks. His success brought wealth and fame unimaginable to a boy from a poor rural family.

His music caught the mood of post-war America in an extraordinary way. He touched the hearts of the millions of people who bought his records and propelled his success; all while creating a catalogue covered by artists as diverse as Ray Charles, Norah Jones, Perry Como, Frank Ifield and Bob Dylan.

He was one of the first inductees into the Country Music Hall of Fame in 1961, was granted a Pulitzer Prize in 2010 and stands to this day as a true musical icon.

Rarely a month goes by without me playing him on my BBC Radio 2 Country show because, to me, he is the original King of Country. Here's my top ten Hank Williams songs list. 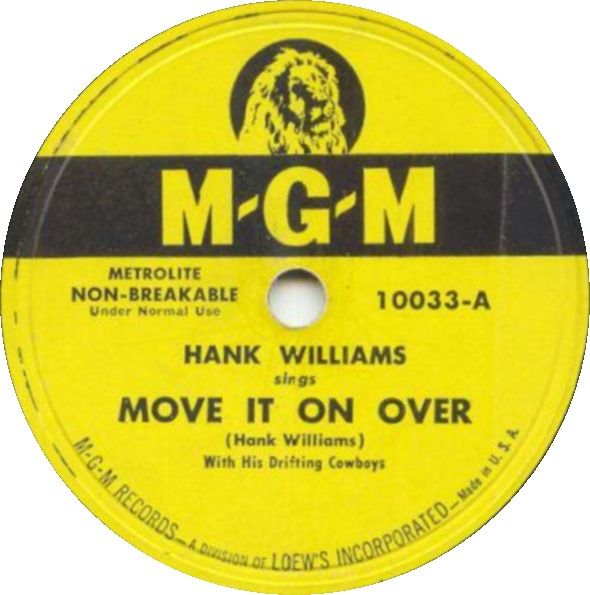 Move It on Over

Recorded in April 1947 at Castle Hill Studio in Nashville - the home of many of Hank’s finest recordings - ‘Move It on Over’ emerged from his first session for the mighty MGM record label, becoming his first Top 5 Country record. In retrospect, the twelve-bar blues groove can be seen as a major signpost towards the rock n roll era that was to come a few years later; it was notably covered by, amongst others, Bill Haley & his Comets in 1957. 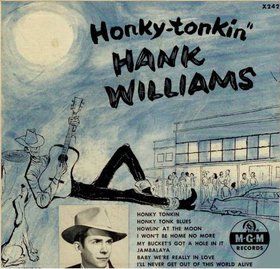 It is impossible to overstate the importance of WSM radio. Since the mid-1920s, its huge transmitter has been blasting traditional Country music in corridors of sound right across America and beyond. It’s at the station studios that the first version of this song was originally recorded, back in 1947. WSM still plays Hank’s music to this day. It’s not one of his biggest hits, but it's one of my favourites. 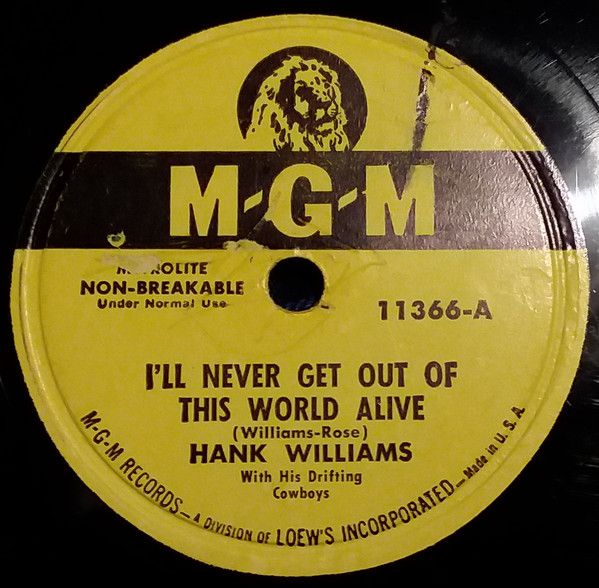 I’ll Never Get Out of This World Alive

Worth its place in any top 10 for the truth of the title alone. Steve Earle named his 2010 album after this song, nailing the Hank Williams’ persona in a word. "Lonesome," he said, "not lonely, lonesome’. 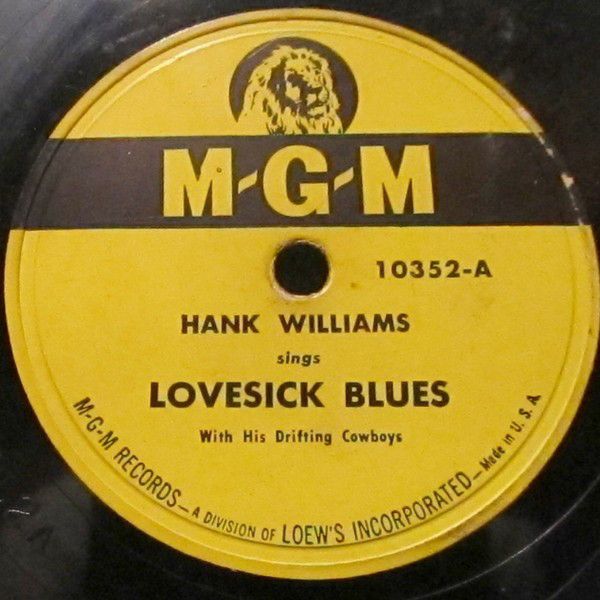 It is ironic that, despite being such a prolific writer, Hank Williams' biggest ever hit was a 1949 cover of a song written more than a quarter of a century earlier. ‘Lovesick Blues’ has proved to be one of the most durable of hits; from an early Ralph Peer recorded version by Emmett Miller - a template for the Hank Williams singing style - to becoming a recent viral sensation for kid yodeller Mason Ramsey. 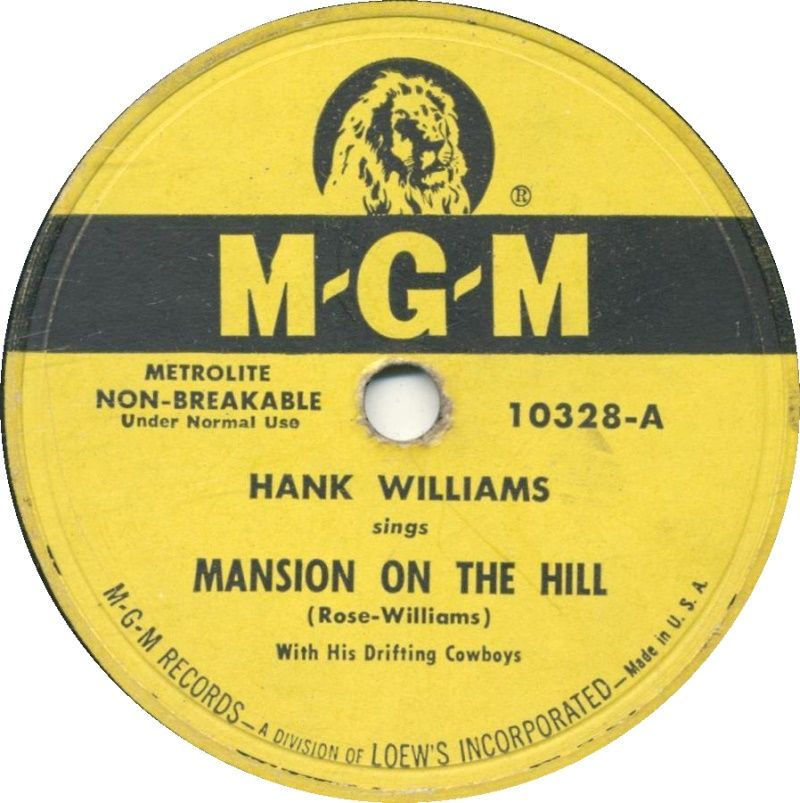 Mansion on The Hill

Many stories surround this early Hank Williams composition. Another written during his purple patch in 1947, ‘A Mansion on The Hill’ comes from an idea by sceptical music publisher and producer Fred Rose, given to Hank as a test of his writing ability.

He initially struggled with the lyrics, until his wife Audrey gave him the line ‘Tonight down here in the valley’. From there, he wrote a classic. It became one of his most powerful and evocative singles – an intensely atmospheric mix of country and blues. 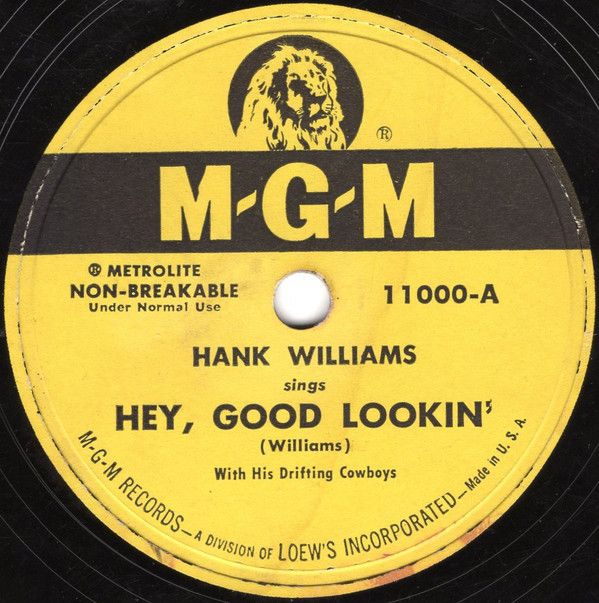 By way of contrast, ‘Hey Good Lookin’ has a much lighter feel. Based on an old Cole Porter song from the dance band era of the 1940s, it was recorded by numerous acts, including Doreen Villiers, Geraldo and his orchestra and my own personal favourite - Carroll Gibbons and the Savoy Hotel Orpheans. 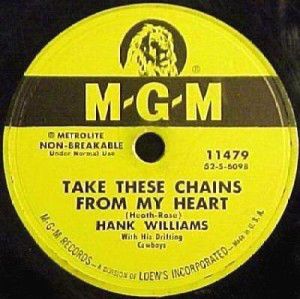 Take These Chains From My Heart

Among the most important of all Hank Williams songs, ‘Take These Chains From My Heart’ found its way onto one of the most iconic albums of the 1960s; Modern Sounds in Country and Western Music by Ray Charles. The album was a genre-busting masterpiece, a passionate melding of Country music and Soul released in 1962 - in the midst of America’s civil rights struggle - to universal acclaim. 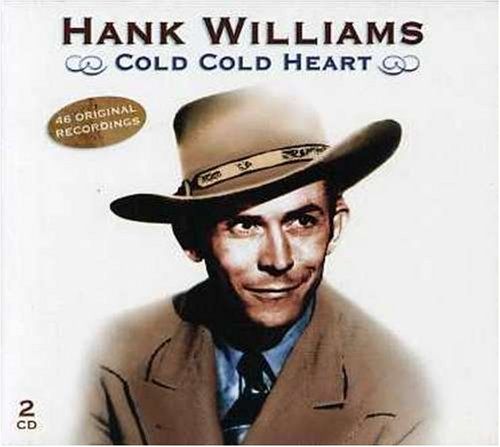 There are many reasons to love this track, not least of which is the fact that it gave Tony Bennett his first no.1 single in 1951 and took country into the mainstream and to a whole new audience. It’s been covered by many artists since; Louis Armstrong, Chet Atkins, George Jones and Norah Jones in particular, who transformed it with a beautiful lightness of touch for her album Come Away with Me. 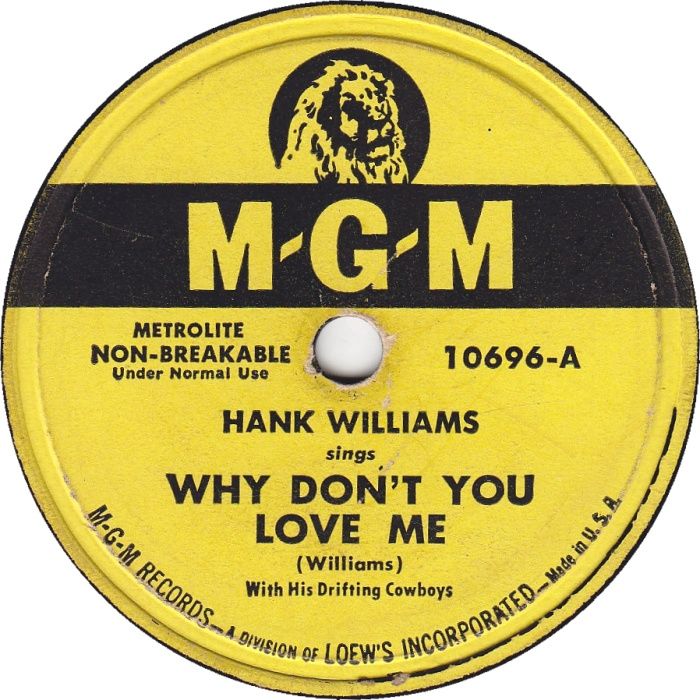 Why Don’t You Love Me

Hank Williams third no.1 single is almost certainly an observation on his mostly turbulent marriage to Audrey Williams. Recorded in 1950, it’s an almost perfect record. The fiddle playing of Jerry Rivers and the steel playing of Don Helms interplay with a peerless, soulful charm, while the rhythm section drives the song with ridiculous ease.

I love this record; it has taken something very special to keep it off the top spot. 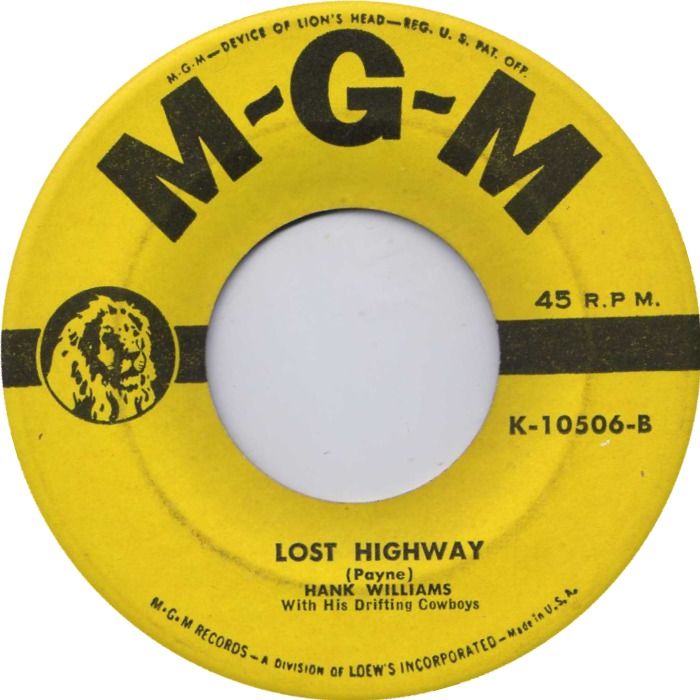 The template Hank Williams record. Released in 1949, the sound and sentiment of ‘Lost Highway’ suited him perfectly. Written a few years earlier by blind Blues traveller Leon Payne, it brilliantly captured the cost of broken love, leading to life as a hobo on an endless road.

Even the title is iconic - becoming several books, a record label, a stage show and a 1997 film by David Lynch. It wasn’t one of Hank’s biggest hits - reaching only no. 12 in the charts - but it is one of country music’s defining songs. It’s undoubtedly my all-time favourite Hank Williams recording.

You can subscribe and listen to Holler's Best Hank William's Songs Playlist below.

Tracing The Roots: The Life & Legacy of Jimmie Rodgers