With a wide-ranging voice that easily pivots between raw-edged rock, country swagger and tender balladry, Ashley McBryde comes across as the knowing big sister you turn to in your darkest moments.

Her rowdy and wry songs about proving the naysayers wrong, loving hard and imperfectly and finding redemption on back highways and dive bars were a welcome tonic to the ears of jaded critics, peers and country fans alike.

McBryde has been there, done that and fortunately for us, knows how to tell a tale exceedingly well.

Tired of Being Happy

McBryde’s heart might belong to the road and its roadside dives, but it's anything but cold. That tension between wanting to stay and go - to be loved and be free - electrifies much of her work.

“It's just no one knows like I do / you can't settle for settlin' down” she sings in a sly but telling number about leaving the door open to an old flame who appears to have moved on. 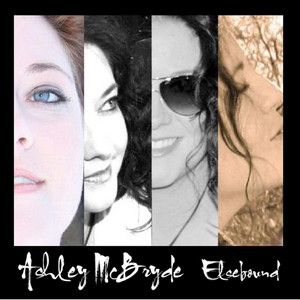 On this quiet love song to her home state - taken from her self-released EP Elsebound - McBryde sings of her deep connection to the place that shaped her.

Her raw voice captures the contradictory pull of something you want to escape but can’t let go.

One of the best favors McBryde offers country music is to expand the lens on its usual tropes.

While her songs are full of familiar signifiers, her characters are unique and realistic. Here, the narrator tells a nosy neighbor to take her Bible elsewhere so the family can “go about letting go in our own way".

First Thing I Reach For

At once self-deprecating and self-accepting, McBryde sounds like a modern-day Dwight Yoakam on this upbeat confessional about her most-loved vices.

“If I can keep away the lonely for a moment / well that's good enough for me / The first thing I reach for is the last thing I need”, she sings, making her self-destructive tendencies both understandable and forgivable.

This bittersweet tribute showcases McBryde’s ability to convey wisdom and understanding in a quiet moment, just as well as she does on her rocking material.

It’s also another testament to her prowess as a writer, as she chisels every facet out of the metaphor for what we share and inherit from our family.

Here, she adds a surprising and extremely satisfying twist to this modern-day murder ballad from Never Will.

Singing from the daughter’s perspective — “Honor thy father / Honor thy mother / But The Bible doesn't say a damn thing about your daddy's lover” — she makes revenge seem justifiable.

Andy - I Can't Live Without You

McBryde is an expert at holding contradictory impulses in equal regard, just as she does here.

Singing about how the same idiosyncratic habits that can drive people crazy can also hold people close, she sings; “Most days I'd love to lock you out / I can't live without you”.

Hang In There Girl

McBryde grew up on a cattle farm in a small town in Arkansas, and here she captures the longing and loneliness of that existence in what could be a letter to her younger self.

Much like Dolly Parton’s iconic ‘Coat of Many Colors,’ McBryde realizes the totemic power of an ordinary garment by detailing the experiences and the immeasurable ties that bind parent and child together.

“It's my heart on the sleeve, it's my life in these patches / With his arms wrapped around me in that old jean jacket”.

A Little Dive Bar In Dahlonega

Few artists could make a hit of a song with the word ‘Dahlonega’ in it, but McBryde’s toast to the redemptive power of dive bars is so heartfelt and charming, it transcends novelty.

A refreshingly cliche-free drinking song, it’s an ode to community and keeping going, rather than drowning in one’s sorrows.

Livin' Next To Leroy

In spare, vivid scenes, McBryde depicts the meth-addicted neighbor who opens her eyes to the seedier side of small-town life.

One of those gritty country songs akin to the work of Gretchen Peters or Bruce Springsteen, a listener can’t help but nod and think "This, this is the real deal". 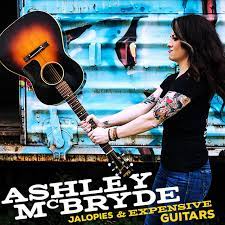 Written on her father’s Martin D-35S guitar, McBryde tugs at every heart string in this moving portrait of a complicated man and his equally complicated influence.

Trisha Yearwood released a version, while Eric Church loved it enough to have McBryde sing it with him live, in what became a deserved viral moment. 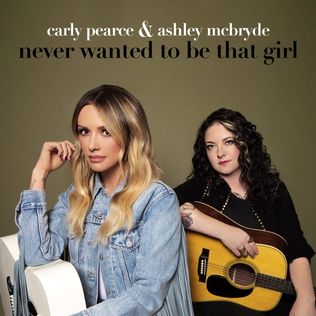 Never Wanted To Be That Girl

An instant classic and one of the best duets in recent memory, McBryde and Carly Pearce team up to portray two women on opposite sides of a love triangle with both sensitivity and realism.

“Bein’ the other one when there’s another one, God, this feels like hell,” they sing with devastating honesty, free of blame.

McBryde’s success was hard-earned and it's pure joy to hear her bask in the glow of having shot for the moon and landed in the spotlight.

“It took a whole lot of yes I wills and I don't care / A whole lot of basement dives and county fairs / To this show right now and y'all sure look good out there”.

Exhibit A on how to turn a tired cliche into something new and make it look easy.

In the guise of a song about a fling, she details what makes actual relationships challenging with choice lines and abundant wisdom.