Ten years ago, Ward Guenther and a few of his friends had a jam session that changed their lives. What started as a whiskey-fueled night of music, has now become one of Nashville’s premier live music events: Whiskey Jam.

The numbers alone are prove of the talent involved: upon celebrating its 10-year anniversary in January, Whiskey Jam boasted 297 No. 1 songs written or recorded by past guests. Dubbed “the Jam Fam”, previous guests have been awarded a total of 66 ACMs, 49 CMAs and 26 Grammys. Accolades aside, more than 3,500 artists, songwriters and musicians have graced Whiskey Jam’s tiny plywood stage.

While the past year looked a little different due to the COVID-19 pandemic, with performances going virtual from mid-March to mid-June and shows now seeing limited capacities instead of shoulder-to-shoulder crowds, Guenther has helped Whiskey Jam endure in more ways than one. In addition to further expanding the franchise to Mondays and Saturdays, Guenther launched a trio of his own Apple Music radio shows in August 2020.

“It aligns with Whiskey Jam’s mission so much,” Guenther says of the Apple Music partnership. “We’re in this to carry on the culture for the artists and the people that enjoy it.” He adds, “I’m really happy with what we’re doing right now with Whiskey Jam. We made it through the pandemic, so here’s to the future. I can’t wait to welcome back the crowds we used to have, for everybody’s sake.”

Speaking with Holler, Guenther shares, in his own words, how Whiskey Jam began, how it has evolved over the past decade, and, of course, he has some pretty awesome stories, too. 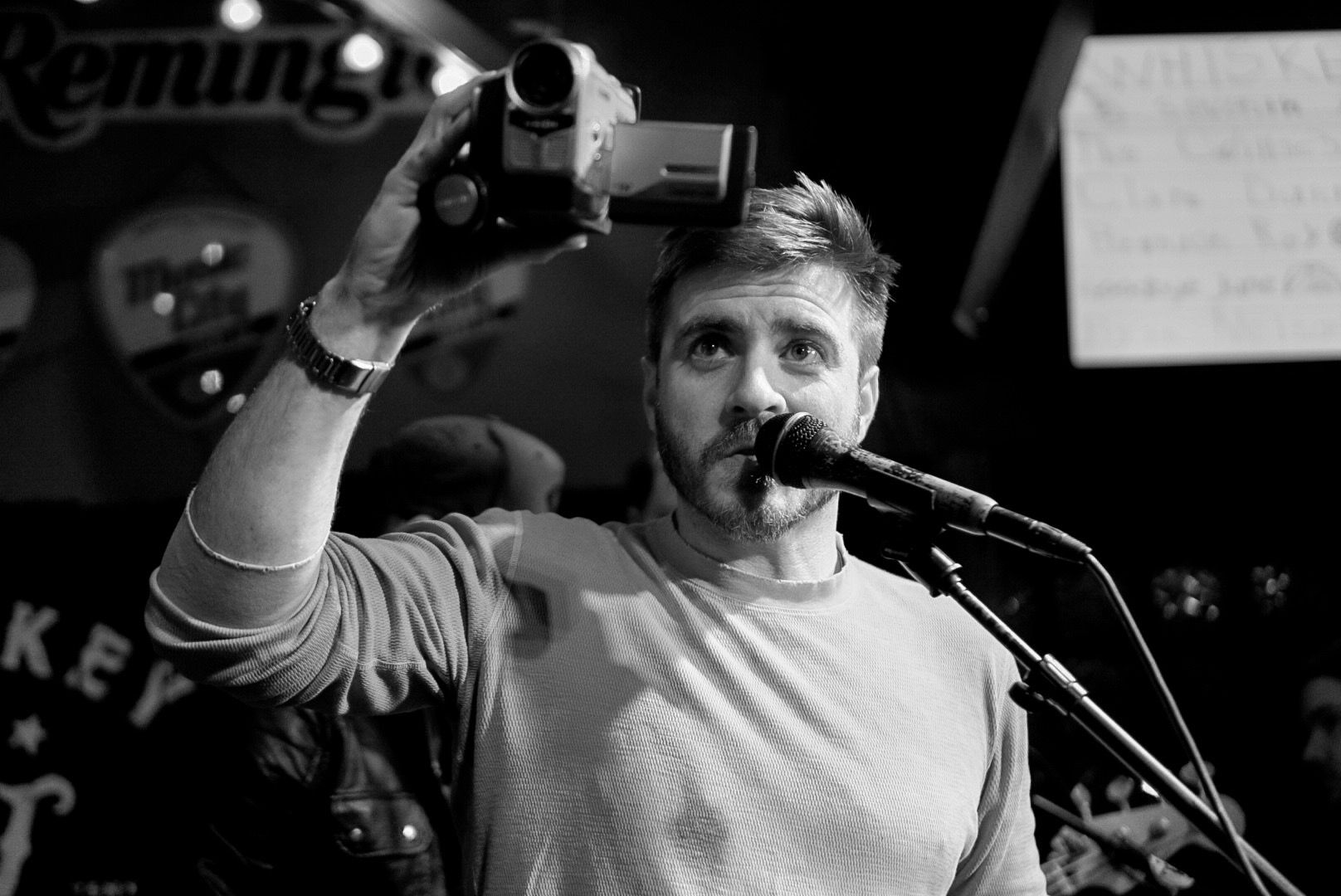 When we started Whiskey Jam, it was kind of a last-ditch effort for myself. I got to a point where I was playing music full-time professionally, but it wasn't as fulfilling as it should have been. As Whiskey Jam grew, it became apparent to me that I loved so much more than just being on stage. Bringing together artists and writers for a really enjoyable event, and for a crowd, was way more fulfilling than trying to write a song that would put the focus on me.

The idea came from a couple of buddies playing for a bar tab for fun. I tweeted the phrase “Whiskey Jam”, because we just drank a lot of whiskey and jammed the night before. My initial partner, Josh Hoge, saw it and said, “Whatever that is, there's something there. Let's build an event.” So we sat down and made a list of everybody we knew that wrote songs or was a signed artist, and then all the session and touring musician friends we had in town. We were like, “Let's get them all together and have a room where this guy can get up and play with this other guitar player".

It was the last Monday in January 2011. We were driving back from the Bears vs. Packers playoff game in Chicago, nursing our hangovers, and texting every single person we knew on our Blackberries: “This is a new thing we’re going to start tonight.” I think it was the genuine nature of it, it really set the tone for everything we were doing. We had texted 250 friends, and they all showed up. We had Dave and Charles from Lady A there, they sang and one of them played drums. We had Easton Corbin, Love & Theft, Chris Young, Brett Eldredge, Frankie Ballard, Kip Moore. All in the first night. It was just ridiculous. The true spirit was born immediately.

In 2011, we were still kind of in an “old Nashville” mentality. There were plenty of out-of-towners, but they weren't going to things like Whiskey Jam. Label showcases were really prevalent back at that time. You'd have a label wanting to test out a band, a management company that wanted to show off an artist to potential labels or suitors, or whatever it might be. It was usually over an hour before the sun went down, and then you’re just left to go to bars. There were a lot of people who were looking for an alternative to it. You go from those to showing up at Whiskey Jam, and we’re drinking out of the bottle singing cover songs until the AM hours – it was such a stark contrast.

"As the city grew, buildings overtook beloved places, and some of our favorite clubs and venues were shut down. It gave us a real incentive to protect what we're doing"

Our night was immediately embraced by artists, writers and industry people who’d found themselves stuck in all the countless writers’ nights and showcases through the years. It was hundreds of young industry professionals who could be with their peers and network. You hear of bars, venues, and events that are industry staples now, and I guess that was lacking at the time. We kind of filled that void.

As the city grew, buildings overtook beloved places, and some of our favorite clubs and venues were shut down. It gave us a real incentive to protect what we're doing. What we started out doing, really just to have fun, was so tapped into that Nashville soul. It’s not something we set out to do, it kind of evolved to that point - we have a responsibility to the city and to the reasons that got us started.

That first night was so instrumental in laying the foundation for everything we would do after that. We kind of revitalized the “you never know what's going to happen” part of Nashville. It was a really crazy dynamic – and it's gone on through the years, where you can be sitting next to Miranda Lambert watching a show, and it's like, “This is what we both choose to do for fun.” It’s a real kind of equalizing, humanizing thing. On night one, that magic was in the air, and it didn't take too many weeks of us texting people before that word got out. Friends were texting each other going, “You have to go to Whiskey Jam. The Fray played last night.”

Looking back now, it's crazy the things that have happened since then. You know, the artists that played that were just a normal person at the time – like, when Kacey Musgraves played, I don't even have any pictures of that night because I was like “it's Kacey Musgraves, she was on Nashville Star, what's the big deal?”

Through the years, that sentiment compounded. There’s this weird fear of missing out element to it, like “I don't know any of these names on the lineup tonight, but I bet one of them is really good. What if I can tell my kids about this someday?”. For example - Maren Morris played in 2015, several months before she put out ‘My Church’. Just seeing her perform, you knew something was going on. Something was different. Her energy, the way that the crowd responded.

Chris Stapleton played when he was a songwriter, but not many people knew him as an artist. When he got up there with just a guitar and his backup guitar player, the whole room was quiet for probably the first time – and maybe the only time since. You knew that this guy was on a different planet with his voice alone.

We got a little bit of that combo in Luke Combs. Luke came through, and you could see it in the crowd. When ‘Hurricane’ caught, he was at our 6th anniversary. The whole room was just screaming the song back at him. I’ve got pictures and videos of the writers, Taylor Phillips and Thomas Archer, looking around the room and looking at each other going, “Wow, this is insane.” Seeing moments like that, especially now, looking back after four or five years, it's like, “Holy crap, who could’ve seen that coming?”

For me, as a Tennessee alumni, a milestone moment was when Peyton Manning (NFL Hall of Fame quarter-back) came in. He showed up near the end, and Lee Brice and [Dan + Shay’s] Shay Mooney were there. We ended up getting on stage and singing ‘Rocky Top’, all four of us together. I was flying out of town the next day, and as I was walking through the airport, I was seeing myself and Peyton Manning on every news channel.

When Melissa Etheridge came to town [in 2017], she said she wanted to do “real Nashville,” so somebody suggested Whiskey Jam. They made a couple calls, and next thing you know, Melissa Etheridge is on stage singing ‘Come To My Window’. You saw everybody in the crowd – from the cowboy with his hat pulled down to the college girls next to him – singing every word at the top of their lungs.

That was one of those moments where it elevated us to a different place. I don’t want to be known as a country music writer’s night. We’re located in the Music Row area, but there’s so much more that we’re about and we care about. That was a huge endorsement moment for us because the “real Nashville” that Melissa Etheridge seeks out is what we’re doing – to the degree that she’ll get up on stage and participate.

There’s been kick-myself moments too, when people reach out and say, “I want to come by Whiskey Jam” and I missed it. In one case in particular, Justin Bieber was playing in town, and I got a message that said, “Hey, I’m down at the Bieber show with his opening act. He’s wanting to see if he can come to Whiskey Jam.” I was like, “I’ve never heard of Post Malone and I’m really busy right now.” I don’t think I even responded to them. After that happened, I was like, “That name seems so familiar… oh, that’s right.”

The biggest lesson I’ve learned over the years is that this is a larger event than myself and the staff that we’ve put together. We’re working for a lot of people, and it takes an open mind to keep it going. Treat everybody kindly, give them respect, treat their art and their passion with respect. Just because I don’t care about somebody’s type of music doesn’t mean it’s not to be cared for.

We’re now doing three nights a week at Winners. Along with Mondays and Thursdays, we have a new event on Saturdays called New In Town, which is focused on people who have been here a year or less, because that’s such a formative time in Nashville. The earlier that we can get relationships with anybody in town, the better. I think we can become a place that’s a safe home for new artists under the Whiskey Jam umbrella. It makes it better for them, and easier for us all to kind of grow together. 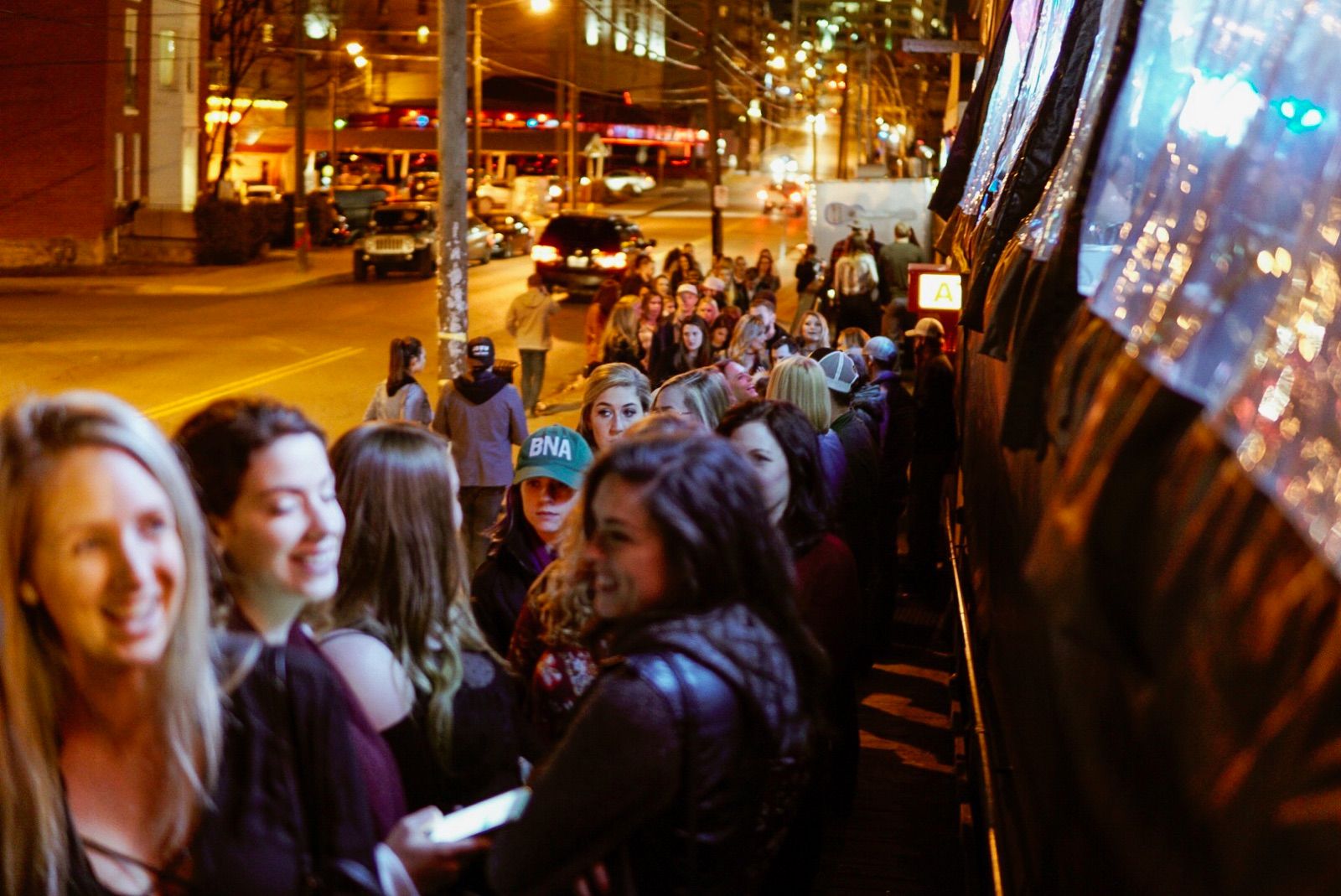 I feel like we've done a great job of staying pretty grounded. It's amazing to see Luke Combs wearing a Whiskey Jam hat on Jimmy Kimmel or having Brad Paisley do a live stream with us during quarantine. But at the end of the day – outside of the special events we do – we go back to Winners and we play on this little plywood stage that has the same Christmas lights hanging over it. Early on, we dealt with people saying, “There’s a line every week, you need to move to a different venue.” I was like, “That’s the magic, man.” I'd rather have a line down the block than nobody in the bar. In the face of Nashville’s rampant growth, we have remained a little dive bar writer’s night for a decade, in a place that really needs it.

Follow Whiskey Jam on socials now at @whiskeyjam. Tune in to The Ward Guenther Show everyday on Apple Music. Photography by Jason Myers - photography can he found here.