Listening to Parker Twomey feels like being suspended in time. Hanging there, legs dangling down, while the sounds of a hundred or so years of American folk music swirl around you. Still in his early twenties, his debut solo album is a candid coming-of-age record that explores love, loss and distance, distilling the sounds of his teenage years in the music he was brought up on.

“I don't like to put myself in a box", he explained. “But I think of my album All This Life as celestial indie-folk with flares of country. This album is earthy yet from the cosmos. Many folks describe the album as classic and timeless, and I can hear that. It's got all the layers of the atmosphere”.

Blurring the lines between generations, it’s a record that owes as much to 70s soft rock classics and Laurel Canyon folk as it does the alternative country and folk records he devoured in his teenage years.

“I grew up listening to Elliott Smith, Ryan Adams, Ben Kweller, Wilco, Jason Isbell and Dawes, to name a few. I went through phases of almost every genre. Those artists may be more noticeable in my sound. There isn't a genre I don't enjoy. If the music's good, the music's good”.

“This time in my life really shaped and influenced my music journey”, he reflects. “Modern Electric was one of those places where all the great musicians hung out and recorded. At the time The Texas Gentleman was Modern Electric's studio band, and artist like Leon Bridges, Paul Cauthen, David Ramirez and Leah Blevins were recording albums there.

I remember just showing up one day. After that I basically showed up every day for a few years. I started making coffee, wrapping cables and setting up mics. Beau Bedford, Jeff Saenz, and Jason Bert took me under their wings and started showing me the ropes. That quickly turned into me assistant engineering on sessions and playing keys and guitar on records. They taught me a lot about that side of the music industry and the recording process. I was immersed in the heart of the Dallas music scene”, he shared.

“Cauthen and I hit it off pretty early on at Modern. I wanna say he was wrapping up Have Mercy at the time. He heard me playing keys at the studio and asked me to join his band shortly after. I almost couldn't graduate high school because I started touring and missing school. I hit the road full-time with Paul right after graduation.

We played Red Rocks and the Grand Ole Opry when I was 18. We opened up for Hank Williams Jr and Midland. It was crazy moment after crazy moment, all before I even knew who I really was. It helped shape my outlook on life, as well as my view of the world.”

Recorded during breaks in Twomey’s touring schedule, All This Life is the kind of record it takes most artists a whole career to get around to making. It’s self-assured and fearlessly all-embracing, taking its cosmic country cues from pioneers like Gram Parsons and The Byrds and seamlessly stitching them together with the crispier slacker folk of the MTV2 generation and the Texas troubadours of his home state.

Holler sat down with him to talk about growing up in Dallas, recording the album and his biggest inspirations. Among other things. 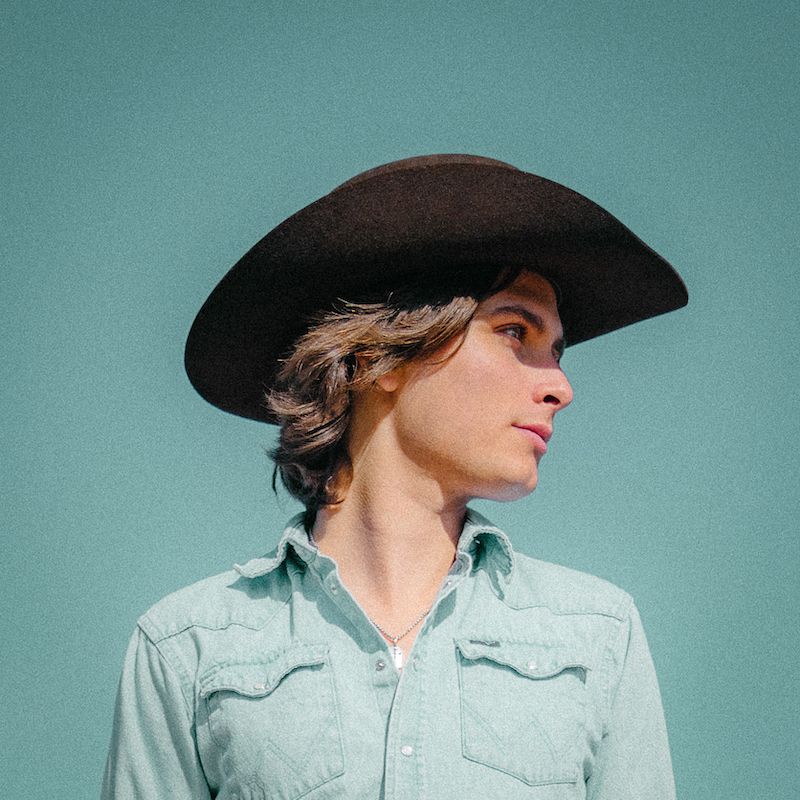 Where are you from, and how did that influence you?

I was born and raised in Dallas. I started writing songs and gigging around town when I was 10, with my dad backing me on drums and his friend on bass. We spent four years in a band together, which was the foundation of my performing life.

Playing live that young instilled a love for performance and more profound love for the connection music provides. I think we realise some of our essential life purposes between the ages of eight and 12, which is also the age most tend to define themselves for the first time.

I discovered my passion for writing and music early in life. At 14, I was accepted into Dallas' performing and visual arts school Booker T. Washington. I initially went for classical and jazz guitar and sang in a jazz A cappella group. The most valuable things Booker T. taught me were music theory and more technical aspects of my instruments.

While I've been influenced by the metropolitan "big city" type of life, I find that much of my inspiration comes from nature - what Dallas didn't provide me. The lack of nature here strengthened my desire for exploration. I've spent almost 22 years in Dallas, so I am tied to this place. I'm a proud Dallas Texan.

Tell us a little bit about recording All This Life?

Deciding to record the album in the midst of the pandemic was a heavier decision for me because my mom has Lymphoma, and I have two sisters, one with Type-1 Diabetes and one who was about to get her thyroid removed; due to complications with Graves Disease. I evaluated every situation through another layer of precaution because of their low immune symptoms.

We recorded the record in two sessions, one in April 2020 and one in May at The Echo Lab. This recording session was especially inspiring and fulfilling because it was our first contact with each other since the world shut down. It was our first real break from isolation, and it felt dangerous, both of which I think added to the creative ether. None of us knew what the future held; instead of harping on the negativity, we created joy during a dark and uncertain time.

Beau Bedford and Matt Pence produced it, which was special to me. I'd worked with Beau at Modern Electric for three years, so we already had a great creative relationship. Additionally, I grew up going to see Matt Pence drum for Centro-Matic, a Denton-based indie band that influenced me immensely. Matt Pence's playing style helped develop my taste for the drums, and I was thrilled he drummed on my record and engineered it.

The album ended up being a great representation of who I was then. My 19-year-old self took flight into eleven songs.

Where's the most unexpected place music has taken you?

In high school I went to Sweden as one of the representatives for the US at a world music conference. I spent a few weeks there and fell in love with a fiddle-playing Swedish girl who lived in the woods. That trip inspired much of my song ‘Lines Of Wilderness’.

I find so much inspiration in spirituality and self-reflection, journaling and exploring thoughts. I've been reading a lot more lately and find inspiration in literature. Pursuing self-growth and constantly progressing on a positive and upward trajectory is also essential to me for maintaining an open mind for inspiration.

What's your favourite song of yours?

I'm sure my answer will never stay the same. If I had to pick at this moment, it would be ‘All This Life’ or ‘Loving You Too Easy’. I felt like such a vessel for a higher power writing ‘Loving You Too Easy’. I wrote most of it within 10 or 15 minutes of waking up and had the song done in an hour. I was journaling like a mad man at that time of life, so my subconscious thought was out of control. That's the power of journaling on topics extensively and regularly.

And what are your favourite songs of other artists?

My favourite song is also constantly changing. I couldn't choose just one. I love Elliott Smith's ‘Twilight’ and ‘Kings Crossing’ and Dawes' ‘When My Times Come’ and 'Peace in the Valley’. ‘Sylvia Plath’ by Ryan Adams hits different. When I'm in my feels, ‘Pink Rabbits’ by The National always sets me right.

What's your favourite thing you've ever picked up on tour?

Perspective. One of the best things about touring is the people you meet along the way and the stories that unfold—learning how to live with different bandmates and communicate with all types of people.

What advice would you give to the younger you?

I would tell my younger self not to take life too seriously. Seriousness and light-heartedness don't have to define us - they should be muscles we work with; tools in our kit.

I used to overly define myself when I was younger. While I think self-definition is natural and a part of the self-discovery process, we must always be careful to keep an open mind and never lose ourselves in our initial definition. Defining yourself can have self-limiting side effects.

Often, we gravitate to self-defining things like occupation, astrology, religion, sex, drugs, archetypes... Things of that nature. In my eyes, these things can be good to chisel parts of ourselves and to even live by. But some people use these powerful energy sources to validate their flaws and ultimately become close-minded.

What's next for you?

I've been reading and writing so much lately. I'm getting my second record together and am looking forward to finally hitting the road and playing All This Life live. My life is gonna be a wild ride.

Parker Twomey's debut album, All This Life, is out now.