Lainey Wilson seems to forever be on those ‘ones-to-watch-next-great-thing’’ lists. The thing is, she already has a legion of dedicated fans, some that can’t get enough of her no nonsense wisdom, homespun humour and right between the eyes observations. Lainey is a self proclaimed small town girl but she has international appeal, having already become a fan favourite in the UK after a string of sing-along songs appearing on radio rotation across the land, alongside making appearances at both C2C and The Long Road festivals. With a new album Sayin’ What I’m Thinkin’ out to stream/download onFebruary 19th and CD/vinyl release on April 16th, she’s set to take her own brand of ‘Bell Bottom Country’ to the masses.

One to watch? Absolutely, but more like one you can’t ignore. 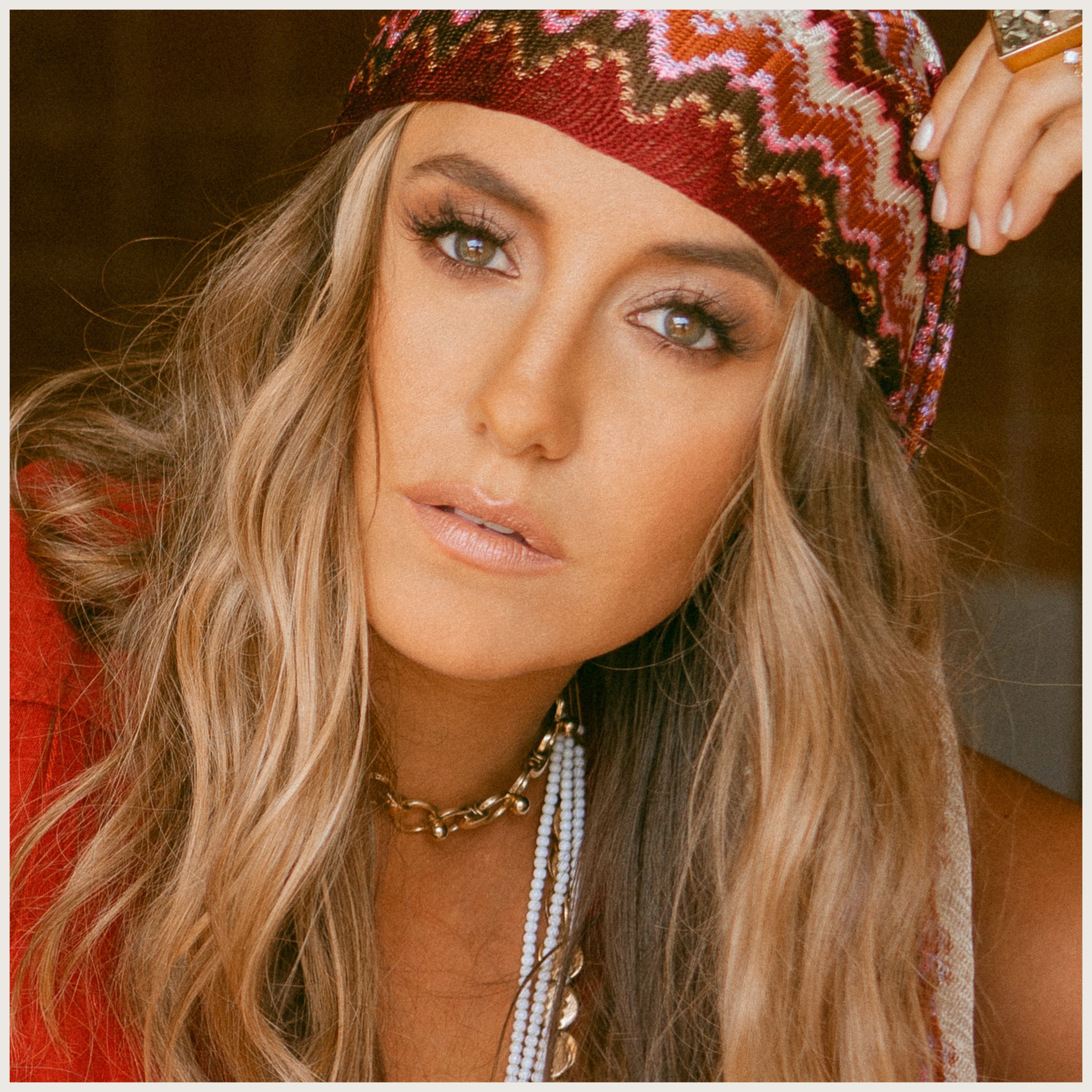 I'm from rural northeast Louisiana - a little 300-person town called Baskin. It's technically a village actually. It definitely influenced the type of artist I am, probably starting with the way I talk. Baskin is a blue collar farming community, so I learned about a strong work ethic from the people around me. There wasn't a whole lot to do in Baskin besides sit around the kitchen table and share stories. I feel like that's truly where my love for storytelling came from.

All kinds of country, and then some. From a real young age, I'd go to little music festivals and watch family bands get down on some bluegrass gospel. Growing up, I listened to Garth Brooks, Tim McGraw, Bob Seger, Hank Williams, Buck Owens, Bill Anderson and of course Dolly Parton. I'd say Dolly Parton was my first idol. Then Tim McGraw is actually from a town not too far from where I grew up in Louisiana, so he was an idol too, cause if he was from nowhere LA like me and he did it, why couldn't I?

When I was 4 years old I carried the letter "I" across the pre-K graduation stage because I wanted to be an ice skater. But once I had my first performance the next year in kindergarten, that's when I decided I wanted to be a singer.

I'm a different kind of creative for when I'm happy vs. when I'm sad. It's not necessarily more or less. But if I had to pick one I'd probably say I'm more creative when I'm sad and I think most creatives would agree. When you're sad you need an outlet for your feelings, which is great fuel for creativity.

Most of the time I start with a hook which 90% of the time turns out to be title. Then I fit in the lyrics, guitar chords and melodies around it. It always starts with a great idea. When you have a badass hook/title, it can feel like the song kinda write itself.

My mom calls me Lainey Love and says one day that's what she's gonna call her yacht. I don't know who she thinks is gonna buy her a yacht. Growing up my daddy called me & my sister Clyde & Claude. I don't know why. He just did. He always wanted boys. That’s probably why.

Definitely night owl. It's hard for me to shut my brain off at night. That’s when my creative brain gets goin'. There's times where I'll be laying in bed in the middle of the night writing a song, or wake up at 2am with an idea.

I've got my album Sayin’ What I’m Thinkin’ coming out Feb 19th! I’m excited to share this full body of work and I’m really excited about the red vinyl we pressed for this release, which is available to buy April 16th in the UK. The songs on this record are honest, unapologetic, and empowering. Every song we asked “is this saying what I’m thinking?” If not, it didn’t make the cut. I’ll be doing some livestream appearances alongside the release, including an Opry performance on Feb 20th.

Lainey Wilson's new album, Sayin' What I'm Thinkin', is out on February 19 via This Is Hit / Broken Bow Records. Listen to Baylen's Country Champion Hit, 'Neon Diamonds', below.