In the surest sense, the Nitty Gritty Dirt Band can lay claim to instigating modern Americana. By the late 60s, they had shifted their stance from that of jug band enthusiasts and forlorn folkies to codify a then-revolutionary crossover.

The album that resulted, Will the Circle Be Unbroken, ranks as one of the most essential documents that defines the country music continuum, from its essential roots to the evolution instigated by Nitty Gritty Dirt Band and their like-minded contemporaries including the Byrds, the Eagles, the Flying Burrito Brothers, Poco, and the Grateful Dead.

Wider acclaim would follow, courtesy of such mainstream hits as ‘Mr. Bojangles’, ‘American Dream’, ‘Make a Little Magic’ and ‘Fishin’ in the Dark’ among them.

Although the band was once based in Colorado and indelibly identified with that state, the elder Hanna himself and his wife, singer/songwriter Matraca Berg, have been Nashville residents since the mid 80s. As a result, he’s not only been witness to the changes that have overtaken Music City, but can also speak to the recognition NGDB have reaped as a result.

Considering your Rocky Mountain origins, do you consider yourself a Nashville native?

I love Tennessee obviously, I’m still here 35 years later. But Colorado is the place we’re identified with a lot. I think most of us consider it our spiritual home.

How do you think the Dirt Band’s evolution has fit with Nashville’s own transition from classic country to the mainstream mantra the city seems to embrace now?

We started off mostly doing rock and roll back in the 70s. The first time we got any real serious airplay was in ’67, but in 1970, when the album Uncle Charlie & His Dog Teddy came out, ‘Mr. Bojangles’ and a couple of other songs charted on the pop charts. ‘House at Pooh Corner’ was another one.

We were a part of that burgeoning, relatively new California country rock scene that included Poco and the Burrito Brothers. We were right there alongside them. So that's what we came out of and the only avenue radio-wise, as far as genre definition, was rock and roll. That was the dilemma.

How were you situated when country and pop began to morph as far as radio and the record charts were concerned?

There weren't all the sub genres there are now. And then it got to a point where, around 1980, pop music became so pop, that our music started feeling more country, at least as defined by some of the comments we were getting back from pop radio programmers. Meanwhile, country radio expanded their scope, so there were bands like Alabama coming up, who didn't sound incredibly different than the Dirt Band. 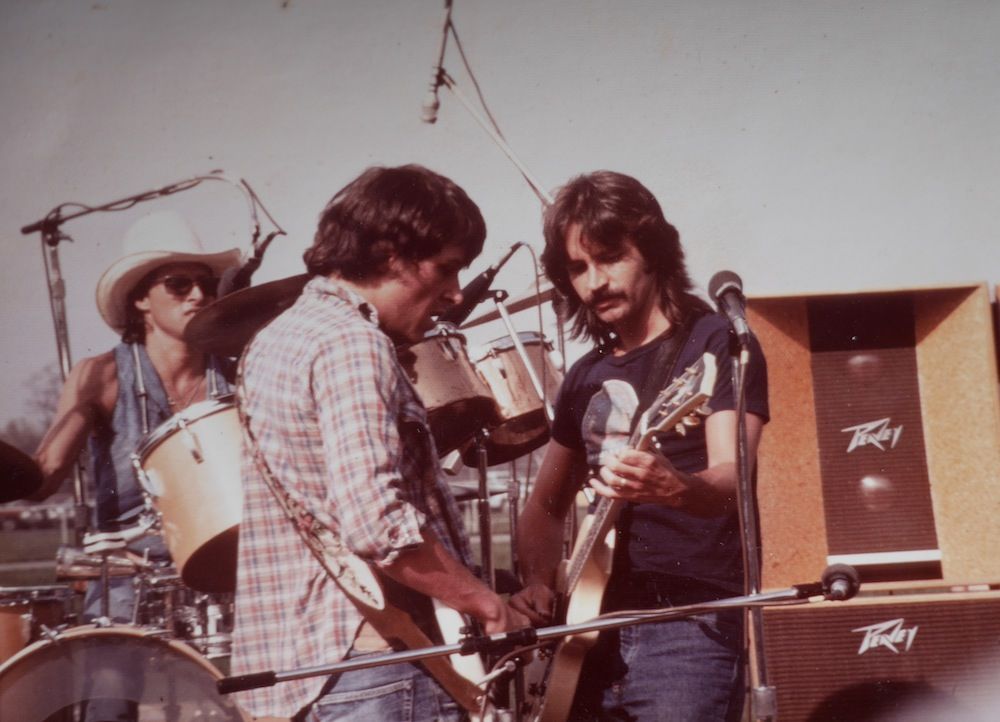 It seems like you needed to find a way to break into that scene. How did that transpire?

We came down here to record Will the Circle Be Unbroken. We made that record in ’71 and it came out in ’72. We made it in Nashville, but back then, we didn't do a lot of recording down here. That was kind of an anomaly at the time.

Nevertheless, you were able to make a kind of crossover.

The last two hits we had — ‘American Dream’ and ‘Make a Little Magic’ — were pop hits, but they also charted on the country charts, which was kind of neat. We didn't really try that hard to get them played on country radio. So, lo and behold, we sort of got our feet in the door in sort of a sideways fashion.

When we came back down here in ’83 to do some more recording in Nashville, we had a country hit called ‘Dance Little Jean’. That started the ball rolling. Then we were on the country charts for the better part of the next 10 years.

Yet it didn’t seem like you had to shift your stance to get the programmers’ attention. They had kind of come your way instead.

The music we were making was very much like what we were doing in Southern California and in the early 70s. It came full circle to the Americana landscape. I feel like between the Circle record, the country rock records and some of the music that we made in the early 80s, we had found a fit with mainstream country radio.

I should point one other thing out about radio in the 80s mainstream country format: you had artists like Ricky Skaggs, Dwight Yoakam, Rodney Crowell, Emmylou Harris, Rosanne Cash and Steve Earle who were all mainstream country stars, and who are now all essential pillars of the Americana community. 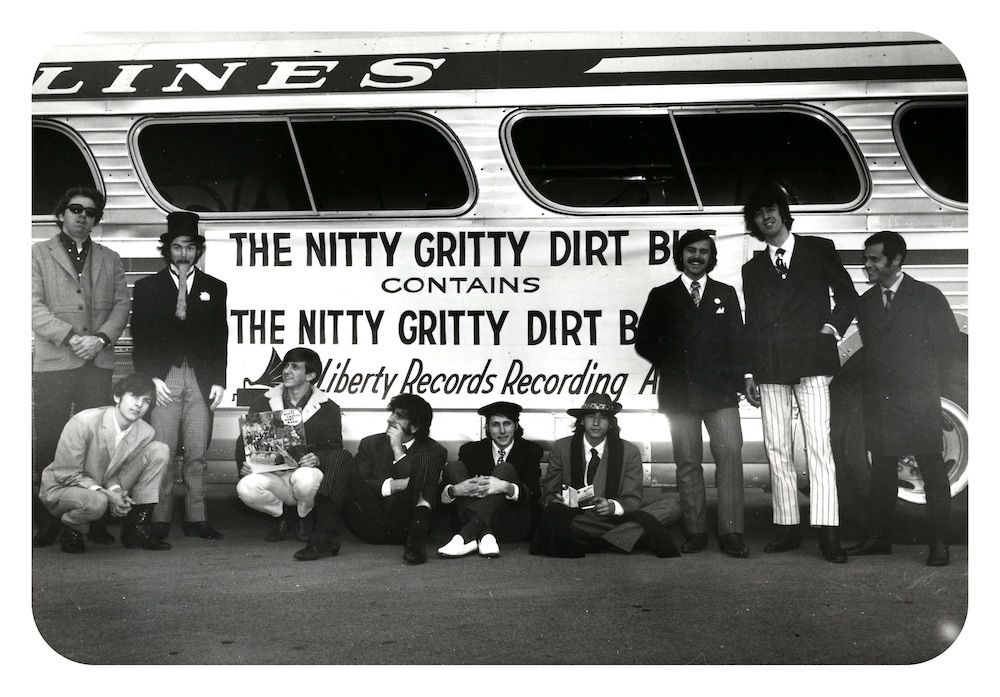 These days, Nashville seems more inclined to embrace that motif.

They call it roots, and that kind of works for me. From my perspective, it all kind of began with folk music. Sometimes you would get electrified. That's why we were such fans of the Byrds, the Lovin’ Spoonful and later on the Band, because they had this brilliant way of combining old-timey mountain music, using a combination of rock and roll and folk elements, acoustic instruments and electric instruments. I love that still to this day.

Americana is a big tent. At various times, we felt like we did't have a home with our music. And I think that Americana has been very welcoming in that regard, and very inclusive.

Do you sometimes still find yourself fighting an uphill battle to get attention from the Nashville elite? After all, you’ve never been all that easy to categorize.

Maybe it’s because we had success at country radio during that 80s period, or maybe because we made fewer records. But we still play country music festivals alongside the Americana gigs and festivals as well. I feel like we're more outliers in country music now because the modern version of it really doesn't have much to do with what we do.

If there's a place that we gravitate more certainly, I think it's going to be more towards Americana than mainstream country music. Nevertheless, we’re grateful for anybody that loves our music, and if they got there because of ‘Fishing In the Dark’ from the 80s, or from ‘Bojangles’ in the 70s, or from Will the Circle be Unbroken, which spanned all the generations, that’s great. But if we had to pick one of those genres, Americana would definitely be the one because I think that best describes what we do.

Indeed, Nashville seems to be churning out a lot of more commercial contenders.

In every era of music, there’s always been stuff that you can cherry pick. I love Miranda Lambert, for example. And Allison Russell, Margo Price, Kacey Musgraves and Brothers Osbourne. There's always somebody new, like Chris Stapleton. But I also like Keith Urban and Brad Paisley.

When I was a kid, just discovering rock and roll through my older brother, you had Little Richard and Pat Boone - I liked Little Richard a lot better. You find the stuff that connects with you. You had Bobby Rydell and you had Elvis. Take your pick. Every generation has its guilty pleasures. 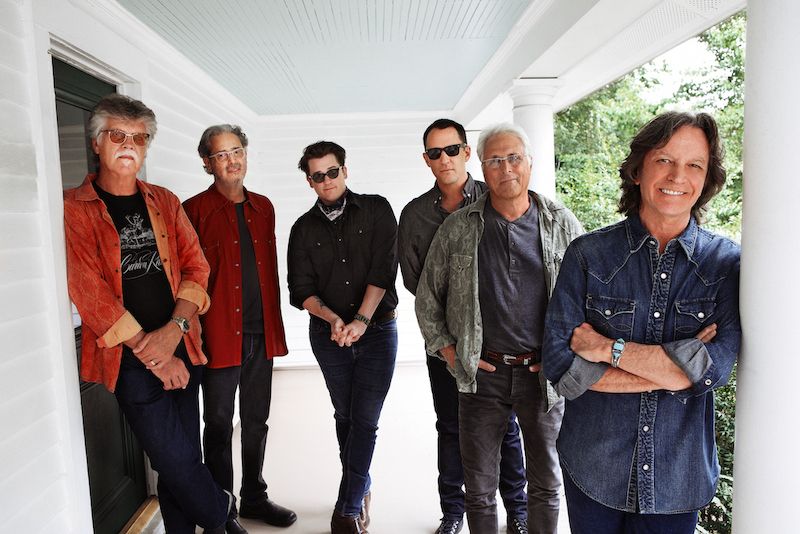 A Guide To: Gram Parsons