Ever since the outset of his career, range and versatility seem to have come naturally to Willie Jones. In 2012, as a contestant on The X Factor, he impressed judges with his take on Josh Turner’s ‘Your Man’ - a song he says he chose because it complemented his deep baritone.

In the days leading up to the release of his debut album, Right Now, Jones shared a powerful statement with ‘American Dream’, the record’s lead single. In it, he deconstructs the kind of nationalistic anthem often heard from white country stars, retooling and presenting the concept instead as a patriotic song from the perspective of a young Black man. Jones and his co-writers wrote the song in 2020, as he was coming-of-age as an artist during a year that saw the tumult of a global pandemic and a galvanised Civil Rights movement in America and overseas. Still, the song’s bottom line, says Jones, is pride in his country. “We have so many of these songs coming from country artists, white country artists especially. I just wanted to have one where it was like, ‘I’m proud to be an American. I’m Black and I’m proud to be an American,’” he explains.

The song’s music video - which was directed by his friend Jamal Wade - also has Jones’ artistic fingerprints all over it, from the inclusion of anime (he’s a fan of the medium - “and cartoons in general,” he says) to the way that Black characters are presented not in handcuffs or jail cells, but almost as superheroes. “I wanted to be on some Black Panther vibes,” he says, “because that’s what we need to see ourselves as to really move forward.”

Jones’ music is as innovative as his message; his style a genre-bending blend of pop, country, hip hop and R&B elements. But ultimately, he says, he owes his growing fanbase to his consistency - his commitment to releasing music that’s authentically his own, time and time again. 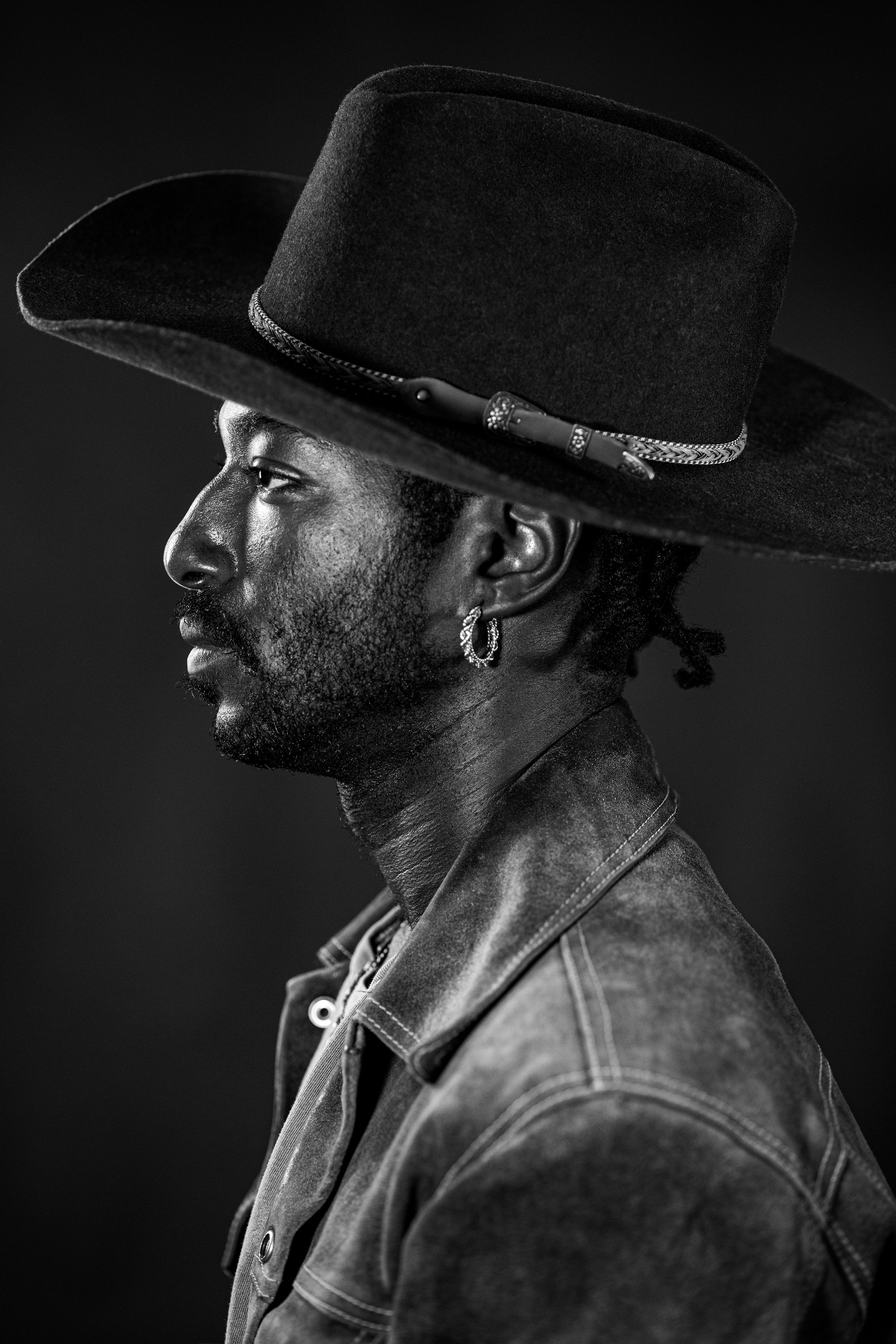 Debuting artists have had to get creative this year since they can’t tour, but it seems like in some ways the unusual times have worked to your advantage.

For sure. I mean, it’s just been different, not being on the road and meeting fans. I’m trying to stay consistent with the music I put out and try to get as much out as possible. If it’s good, people will listen again and tell a friend.

The release of your album, Right Now, had to be delayed a little bit because of the pandemic, giving you more time to sit with and make changes to the songs. What’s something you love about the album that might not be on it if it weren’t for that extra time?

Well, the single, ‘American Dream’. That’s one that maybe if I didn’t have time to reflect on everything that was going on in the world [I wouldn’t have included], and I think that’s a song that’s really inspiring and will fire people up for change. Even with the first track, ‘Country Soul’ we went in and re-produced it a little bit, brought it to a whole ‘nother level. I know COVID pushed it back. We were just trying to figure out what was going on, and of course the virus lasted longer than anyone expected, but it’s beautiful that cool art is coming out in this time. I mean, it would suck if nobody was dropping music.

It must be a scary when you have this body of work that you’ve put your heart and soul into, and you realize you might not be able to take it out on tour anytime soon.

Right. Most definitely. And everybody in the world has been affected. It’s so crazy. We had festivals set up, all kinds of things. But, you know - shout out to social media.

Why is ‘Right Now’ the title track?

I was trying to figure out what I wanted [the album title] to be, and I was talking to my DJ Kermit, just talking about being present, trying to figure things out and having moments to myself. And I realized, “Oh, Right Now.” Because right now is the time for the music to drop, and right now is the only moment we have. I try to stay in the present so I won’t get too anxious about the future or worried about the past. I think [Right Now] is an all-around good message.

It’s so tough to stay present in the moment. Do you consider yourself good at it?

Yeah. I mean, for me, one time I was dealing with some stuff and my manager said to me, “Nobody really cares.” I mean, they do, but at the end of the day, you have to sit with yourself. You know what I’m saying? Being present and not being anxious about the future is the best way to do that.

Your blend of music has R&B, country and hip hop influences. Does that inform what kind of co-writers you choose? For example, is it harder to write with Nashville co-writers who are known for making straight-ahead country radio hits, but that don’t necessarily have those other influences?

It depends on what the vibe is. I’ve been in writes where we’re writing a straight country, Nashville-type song. But for the most part, when I’m in writes, I come in and I’m like, “Let’s just vibe.” I can freestyle, and we’ll put ideas together, and eventually figure out what direction we want the song to go in. I feel like a lot of times, especially when I know we’re writing a song for me [to record], my juice’ll be on it. Because I’m influenced by hip hop and R&B, and it’s embedded in my being, it just comes out, flows out.

And you wrote or co-wrote every song on your record. Was that intentional?

Oh, yeah. For sure. I haven’t recorded too many songs that were written for me. I like to be in the room.

How else have you been keeping busy during the pandemic? It seems like it’s been a pretty fruitful creative time for you.

It definitely has been. I mean, wrapping up the album, and I also hooked up with Apple Music for a radio show. So that’s cool, just another way to venture out, bring music to people outside of my own realm. I have guests on there and it’s a cool way to dive into even more music, because I’m being really intentional with what I’m putting on my playlists.

Who is your dream artist to have on your show right now?

I’ve been trying to get Kacey Musgraves on there. I would love that to be a thing, just to talk with her. I definitely have always just been someone who’s admired her artistry. Even the whole look of everything, the colors that she uses, is different for a country artist. I rock with it.