His home was in Michigan, but his heart led him to Nashville. As soon as he felt his desires ring true, Nate Barnes was off to pursue his dream in a new city.

Though he had always felt a strong connection to music through his family, instead of following his dreams, Barnes opted to follow a more practical route, working as a nuclear power plant worker in Michigan to make ends meet. But all it took was a week and a half – and a unique opportunity - for his career to change from working at the power plant to becoming a musician. It was a chance meeting with award-winning songwriter Jason Sellers that completely flipped Barnes' world upside down for the better: “My gut and my heart said I have to do this.”

Now that he’s settled in Nashville, TN, and signed with Quartz Hill Records, Nate Barnes is off to an exceptional start. His debut single, ‘You Ain’t Pretty’ is about to hit U.S. country radio - and you can ignore the seemingly cruel title, because this song is anything but. The lyrics emit a willingness to understand and comfort someone who is experiencing a sense of insecurity, demonstrating the keen empathy and sentimentality Barnes has for those around him.

Sitting down with Holler, Barnes discusses his unique career change, taking inspiration from everyday life and how he hopes to progress in 2021. 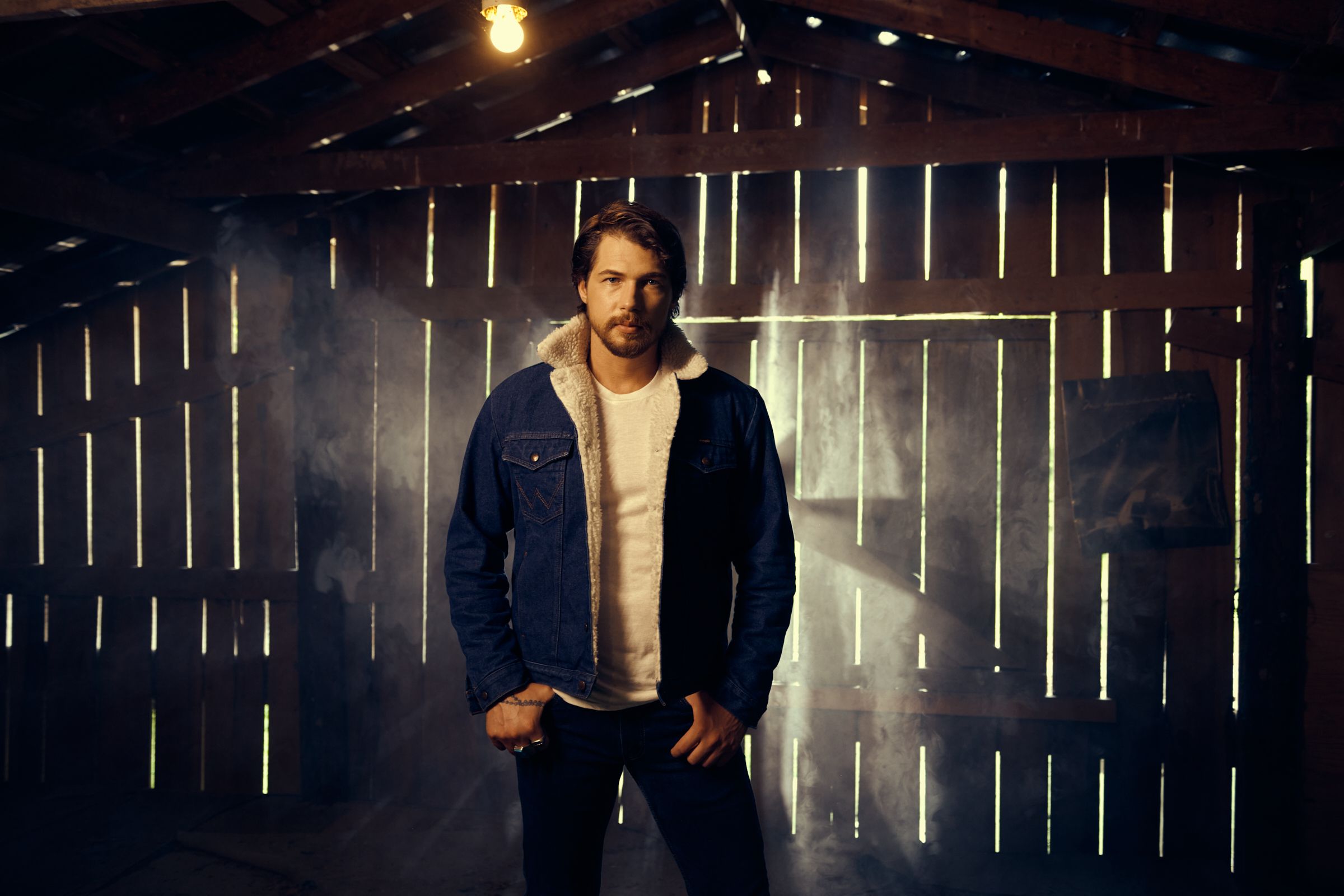 What made you decide to make such a drastic career change in your life?

I was at the nuclear power plant as a contractor for about 12 years, but music was always in my heart and on my mind. I didn’t know in what capacity, but I have always had a dream to do music, since I was a little kid. But I didn’t really make the decision - it seemed like it decided for me. When I was a real young kid, we would get together on Sundays for big breakfasts and dinners. Then after that, my grandad would take all us kids and go to his room, where he would always have some western, blues or country on the radio. He would sit and tell us stories for hours about musicians, music, life and just about everything else. I never told him, because I hadn’t realized that’s where this came from, but somehow, through his storytelling, he breathed this desire into my heart. I was always playing piano, the guitar, in all sorts of bands and I was a drummer too for a few years. So that’s really where that started.

Your chance encounter with Jason Sellers must’ve had a huge impact on you and your choice to pursue music.

Yeah! I was headed down to Gatlinburg, TN for vacation and on the way there, I stopped in Nashville to meet with my songwriter buddy, Rob Hatch, for the first time. Out of nowhere, Jason Sellers comes walking in the door randomly. He and I just hit it off instantly. One thing led to another, I was playing him some songs and then he said, “I’ve got to introduce you to somebody”. That man was [Quartz Hill Records co-founder] Benny Brown, and I got to play for him and Paul Brown. On that fateful day, he looked at me and said, “I want to sign you to Quartz Hill Records”. So I had a week and a half to make a decision. I literally packed everything I had, sold everything I could, and left the power plant and everybody I knew. I put me and my dog in my truck and moved into a hotel room for a year, and here we are.

So this all led to your debut single ‘You Ain’t Pretty’, which you co-wrote with Sellers and Jimmy Yeary. What was that experience like?

It was so much fun. Considering all the songs they’ve written and all the amazing things they’ve done, just being in the room with those guys is a humbling experience. I’d like to think I’m learning a lot from them. With this song, we finished and looked at each other and we all just knew - this is something so special. It’s unbelievable.

The title behind ‘You Ain’t Pretty’ doesn’t sound like the usual love story, but it’s actually a very heartwarming song.

When we got together that day, Jimmy actually had this great title idea. He said, ‘You Ain’t Pretty’, and we looked each other like, “what?” Then jimmy said, “In society and with everything that’s happening - how social media shows people that if you don’t look a certain way, if you’re not this or that, then you’re ugly or not good enough - let’s cut all that and get down to the root of why we love somebody. When they’re in that time of hurt or they don’t feel good about themselves, let’s help them get out of that, and build them up instead of tearing them down, helping them find their true self.” The rest of us weren’t that graceful with our words. I’ve been in those moments personally when my girlfriend is getting ready and you can just tell she’s not feeling good. What do you say? How do you help them? I know there’s men all over that feel this way about their significant other, but they just don’t know how to say it. My whole dream was to help and inspire people. I think this song is really going to touch people’s lives and to be a part of something like that, is just so humbling and amazing to me. I get a lot of messages from people saying how bad they needed to hear this song. I remember my mom called me bawling - and she is a very hard critic – and said, “Nate, you have no idea, I needed to hear those words so much, whether it was from you or not, that was what I needed.” To hear that is amazing.

"The pain, the struggles, the heartache, the losses, but also the blessings in my life, just the real and the raw, all go into a song"

Where do you find the inspiration for your music?

Years ago, one of my best buddies told me the best way to write a song is to shut your mouth and listen. He said, “Just listen to people and listen to their lives. When you listen to their stories and really pay attention, the song will be right there.” So I did a lot of that, whilst also just taking from my own life experiences. The pain, the struggles, the heartache, the losses, but also the blessings in my life, just the real and the raw, all go into a song.

Now that you’ve got such a rapidly growing fanbase, what are some of the biggest goals you’ve set for your career?

I think the main goal for me would be longevity, to make country music that will make the people before me proud. I just want to tell the truth in these songs and to be able to touch people’s lives and connect with them. If I can accomplish that in some way, I think I’d have lived a pretty happy, fulfilled life. 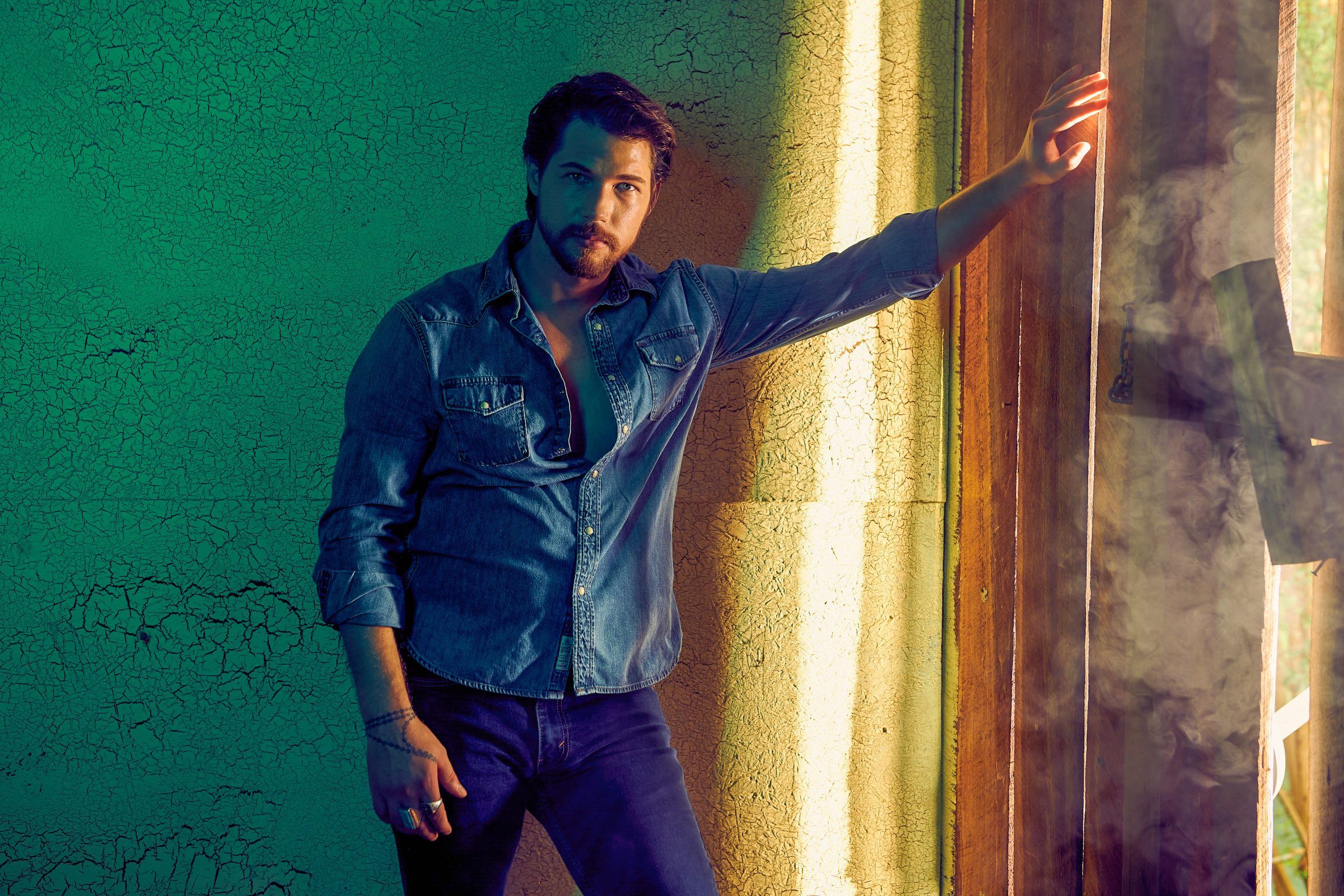 You Ain't Pretty is available to stream / buy now - click here. Building upon the success of the song, Barnes expects to release a full-length album later this year.