Southern-born, church-bred, and globally respected veteran vocalist Leon Timbo is a complex man whose artistic focus in telling his truth has defined his career.

He may be best known as a gospel performer with a barrelling baritone in the iconic, Grammy-winning Fisk Jubilee Singers. However, with October 2021’s Lovers and Fools EP, he’s branched - after a decade of renown in other musical fields - into the realm of Americana.

“What I know is the church and the Black experience in church. Extending from that into an Americana performer - and authentically being able to be my most whole, most authentic self in that - allows me to blend my faith with other aspects of my humanity,” offers Timbo to Holler.

“I grew up listening to the blues while splitting time between low-income spaces and those defined by people living in abundance. I’ve balanced those spaces, plus how they made me emotionally feel, in my creativity,” he adds.

Songs like the EP’s title track, the heartbroken acoustic ballad ‘Love’s Not Supposed To Hurt’ and his cover of Donny Hathaway’s take on Carole King’s 1971 classic ‘You’ve Got A Friend’ bear fruit to these notions.

“Music is a blessing because it’s therapy,” he opines. “Some people drink with the boys, some people have other vices and ways, but music painlessly exorcises demons while gifting people with lessons learned from overcoming obstacles in life. Plus, it furthers people’s ability to process and heal from their own experiences.”

As we spoke, Timbo reflected on the experiences highlighted on Lovers and Fools, as well as his theories on creativity, artistic growth and iconic Black musicians who could, should, and are evolving Americana as a musical space.

So, your background is in spiritual music, but we now find you thriving in Americana. What do you feel has allowed this growth to be successful for you?

I’m the son of a pastor. My father started his church when I was in grade school. So, a lot of my upbringing and connection to my faith was drenched in the beauty of spiritual culture.

I was once just a person of faith, but now, I’m a farmer because I learned other things. I might one day become a fisherman, too. Currently, my music represents my desire to expand creatively.

There’s one word I use to describe your talent, style and potential: abundant. Could you take me into the power of this word as you would apply it to your life?

That’s a great word that has such a profound meaning as I get older. When I would visit my Aunt Carolyn [in Virginia] growing up, or walk an hour to my grandmother’s house, those households - unlike my father’s - were defined by their abundance of love and joy, based around people’s relationships and conversations with each other.

Comparatively, when I was with my father [in Jacksonville, FL], it almost felt like a complete exchange of sorts. There was an abundance of religion and faith. So, the balance that I have as a person was created from me vacillating between these lifestyles. This also provided me a gift in understanding how to reflect an equilibrium of things in my work.

You also have a real gift with writing love songs, and I’d say that they are the real standout takeaway from the EP. As a songwriter, what colors your approach to creating them?

The best love songs are built from tapping into the feelings you often choose to deny. In accepting those emotions, I’m living in the space where I can best create love songs. I accept those emotions because I’m always trying to be emotionally present with and for my significant other, my children, family and relatives, too. In doing that, the songs write themselves, in a way.

‘Love’s Not Supposed To Hurt’ is possibly one of my sleeper favorites of 2021. It has an honesty and perspective to it, plus a take on heartbreak that really demands hearing and feeling to best understand it. That’s rare. Can you take me into developing that song?

Talking to my daughter about being the villain of a story [Timbo's separation from her mother] that could negatively impact her, and reflecting her pain, is the experience that song defines. I didn’t know how we would get through the trauma of the situation. It was challenging to be man enough to expose and explore the emotions that experience held and not be embarrassed by taking people through how I processed it.

We’re all the villains in someone’s story. The overall lesson of the song is not to miss any of the components of living through grieving and healing. ‘Love’s Not Supposed To Hurt’, though complex, was, in fact, a privilege to write.

“As a man of color, existing as a person able to articulate who I am is a gift worth sharing”

You’re not the only Black father I think about when it comes to Americana. On multiple levels, I compare you - quite favorably - to The War and Treaty’s Michael Trotter. What are your thoughts about him, plus the idea of, as Netflix might say, “Strong Black Male” leads in the genre?

Foremost, let me say that I love The War and Treaty. When I was considering recording an Americana EP, Michael said something to me that echoes the question you asked me, too, that was inspirational.

“There’s so much room for you here,” he told me. “There’s so much space. Americana, whether it knows it or not, needs you.” He told me to be Black, male and the entirety of myself. As a man of color, existing as a person able to feel everything and articulate who I am is a gift worth sharing.

You cover ‘You’ve Got A Friend’ on the EP, which made me think about asking you about the “Strong Black Males in Americana” question. I feel that Donny Hathaway could’ve easily been the greatest Americana performer ever, if given the opportunity. What are your thoughts about that?

Even though Carole King and James Taylor articulated it first, when Donny Hathaway sings ‘You’ve Got A Friend’, his style as a performer creates an archetype that could’ve led to more Black artists, had they had the chance, to become well-regarded in spaces that evolved into what we now define as Americana.

Overall, what do you consider the most necessary reason for someone to listen to Lovers and Fools? In your estimation, what makes your contribution to the Americana space significant, and why?

I’m attracted to making music that has a certain level of application, rather than action, associated with it. Creating this type of music in the Americana space has allowed me to artistically blossom into a creator.

I’ve identified the social tensions that define the conversation about what’s next in the genre and redefined those positively. My music is not what’s next as defined by what’s been. Instead, it’s a mirror to our country’s healthiest, best future.

Lovers and Fools is out now via Entertainment One US. You can purchase the record from Holler's selected partners below. 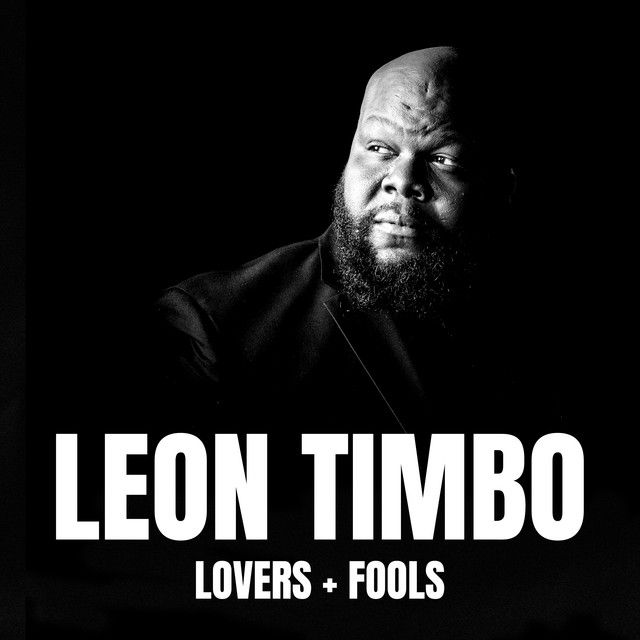