Unifying cosmic dreams with retro-revival, Honey Harper is set out to change the face of country music. With a vibrant and innovative sense of artistry, the Atlanta-native aims to project the genre into futuristic new realms of expression – something his debut album Starmaker attracted glowing praise for upon its release earlier this year.

Behind the rhinestone-adorned persona is the humble Will Fussell, who’s spent the last five years living with his wife and writing partner in London. Calling in from a studio in LA – where he can be found working on new music – Fussell got chatting about creative freedom, future-country and all the glamour that goes into making Honey Harper the star he is. 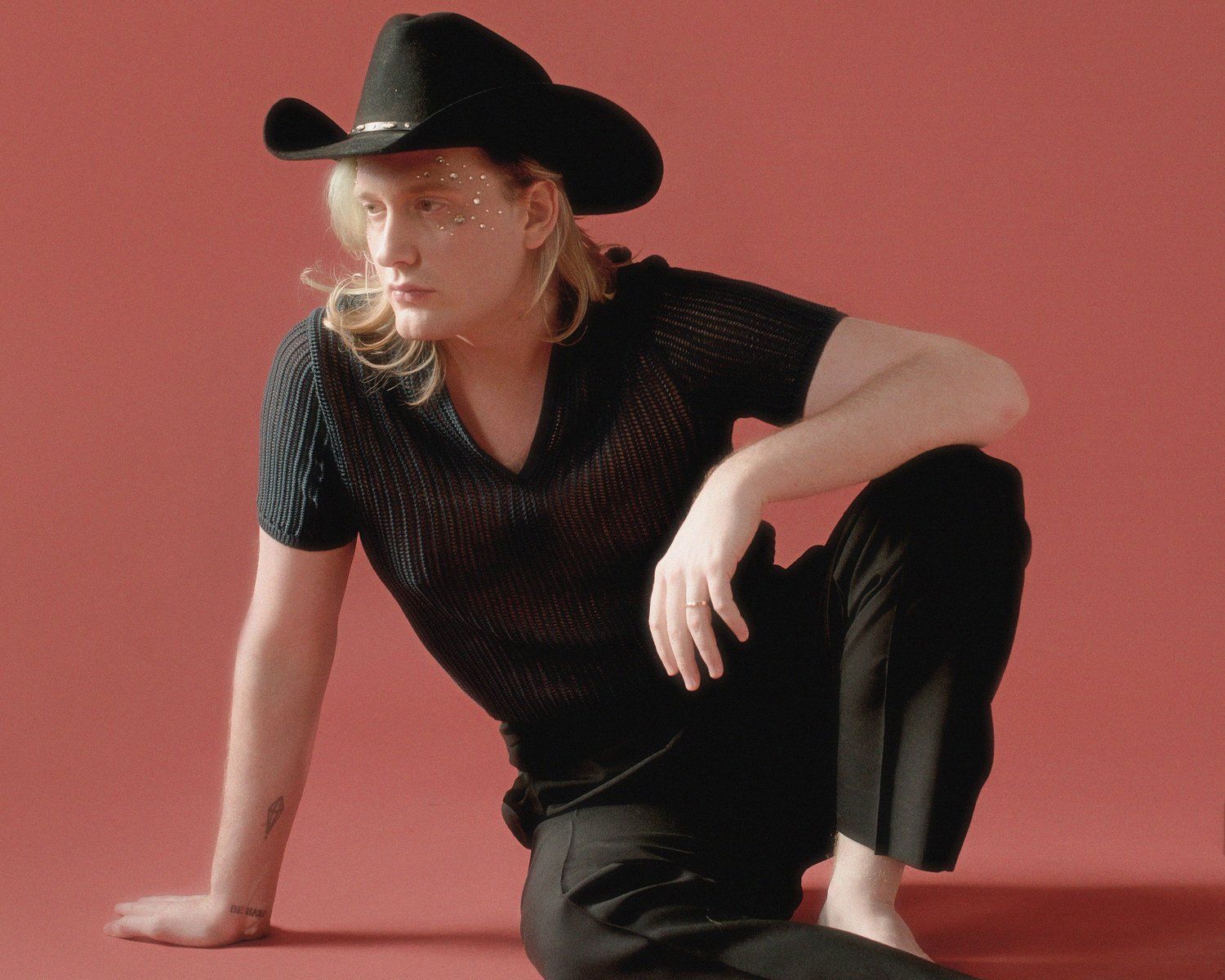 So you’re currently in LA writing your second record – how are you finding it?

It’s been quite the production with trying to keep everything safe, so I've been here for quite a long time because I quarantined. Technically I should still be touring for my first record right now, but it’s been a weird year.

It certainly has - especially with the added drama of the US elections. As an Atlanta-native, did you ever expect Georgia to play such a pivotal role in the overall voting outcome?

It's pretty wild. There have been a couple of times in the past where Georgia tripped up elections, but I feel like this time there are a lot of people in the state who really pushed things forward. Great people like Stacey Abrams - who I think is definitely a future leader of the country - she's a big reason why it happened. But of course, there's a huge group of people who work with her in that sense. A lot of the credit has to go to them.

I feel like Starmaker would've been a bit harder to make in somewhere like Nashville. I feel like separating yourself from those areas helps you make something a bit different.

You’ve also lived in London for the last five years. How did you find the perception of country music this side of the pond?

Well, there's certainly a vibrant Americana scene in London, but that's different to what I'm trying to get across. It was interesting in a sense of not having a lot of players to jam with; it's such a small community. But I think there's something about being separated from those crowded country communities that allowed me to make something quite different. I feel like Starmaker would've been a bit harder to make in somewhere like Nashville. I feel like separating yourself from those areas helps you make something a bit different.

Do you think recording elsewhere would've imposed restrictions on what you felt you could do with the record?

I don't think it's a rule that places like Nashville enforce, but it's a different mentality. In London I was surrounded not just by musicians, but by artists and architects - my friends were a different kind of group, whereas in Nashville you generally would be hanging out with musicians all the time. It's just about opening yourself up to different kinds of people that are inspired by different things, it's really quite helpful. My wife Alana is a writer and works in the arts, and also co-wrote Starmaker, so being in London helped us discover lots of new ideas to try to formulate the album into something a bit different. You're around so many creative people, it's something you can really cherish there. Few cities are like that - it's something really hard to come by.

Your artistry encompasses such a definitive sense of glam aestheticism. In country as a whole, do you think there is a place for glamour and androgynous expression?

Yeah, glam country! I'd say that there's always been a bit of this rhinestone, glittery kind of thing within country music, but it's interesting to come at it from this angle. People are always using that tired statement of "country is three chords and the truth", but I feel like from my angle you can bring a bit of a farce to it; it's a little sacrilegious - rather than lifting the veil you're adding another one.

Starmaker creates a bit of a different reality... it's a modern take on things, which is interesting in a place where truth is always the golden rule. Androgyny is also coming around in different ways. Country still has a long way to go, but I think with the resurgence in the popularity of the genre - you're seeing that wall start to come down a bit, especially with the style seeping into fashion trends. People are starting to accept it more, particularly in bigger cities, though there's probably always going to be some resistance in the south.

It's certainly in a very colourful stage of its evolution.

It's definitely become an aesthetic for so many different designers who've started using it over the past few years. Our whole concept for the next record is changing as well. Where we were looking aesthetically towards the past last time, now we're looking more to the future. Future country.

What do you envision future country to entail?

I'm inspired by Lil Nas X - he's been pushing this kind of thing with his last few videos. Future country is like Tron - or country music through the lens of Daft Punk! It's a bit 'computer country' - I don't know, I feel like I'm talking like Jeff Goldblum. Future and computer country are the words that Alana and I use when we're talking about it. It still has a glamorous vibe, but there's just something kind of new to it. Looking forward rather than looking back is the idea. My dream of the situation - and maybe by saying it I can will it into reality - is to have a country record filtered through the production of Daniel Lopatin (Electronic producer behind Oneohtrix Point Never). He does a lot of soundtracks and also makes his own albums. If you play country music with his music, that's the sound I'm imagining in my head for the next record.

The other one is just hoping that country can lose the stigma of being used by right wing ideologies and instead become about the music again - a beautiful, soulful thing.

Where did this pursuit to make a new type of country music come from - what inspired you?

Well, I just haven't heard it before. That's the simplest answer. I've always been a big fan of sci-fi, so I think there's something inside of me that makes me want to create something like that. But it's not just a fusion - I'm not just combining country and funk, or country and rock - it's a lens through which country is played. It's coming at it from a different standpoint. Maybe it's making a country record where you don't use any acoustic instruments, maybe it's all done through computers. That would be the future-future. That's the next evolution of what I'm hoping to do. I hope it's good, because I don't really know what it's going to sound like, but I think it'll be cool.

What do you hope to see from country music - the genre, the people, the places - where do you hope it'll progress to?

I think country has already started to build a bit more of a global audience, and I think that's exciting. A lot of money exists in pop country, and it's often where people's idea of country music lies, but I think there needs to be a bit of a change in the sense of it becoming more accepting and not being a boys' club kind of situation. Pop radio in America often refuses to play gay artists, and for the most part, even women - the percentage of women on pop country radio in the US is abysmal. The pendulum has to swing in a different direction. But that's one side of the story. The other one is just hoping that country can lose the stigma of being used by right wing ideologies and instead become about the music again - a beautiful, soulful thing.

Starmaker, the debut album from Honey Harper, is out now via ATO Records.