For the past 10 years, Brian Kelley has been one half of something huge: Florida Georgia Line. And now, he is the whole thing. On his very first release as a solo artist, Kelley is just that: Brian Kelley.

It’s hard to define exactly what his new 17-track album, Sunshine State of Mind, is or isn’t. Is it a passion project that surfaced during the isolation and downtime of the pandemic? Or is it something Kelley’s been dreaming about since he first put pen to paper as a budding songwriter in college? Most importantly, to the millions of fervent Florida Georgia Line fans, what does it mean for the future of the duo?

But one thing is undeniable. Even though Kelley’s album is country, and it’s modern, the music he’s made this time around sounds nothing like Florida Georgia Line. While their breakout hit ‘Cruise’ was the role model for bro-country, Kelley’s solo music feels beachier, friendlier and in countless ways, countrier.

The week before the release of his solo debut, Kelley sat down one-on-one with Holler at his Tree Vibez Music office in Nashville. It was his first in-person interview since the Covid-19 pandemic shut down the world - and silenced the music - for more than a year. Here’s what he told us about the making of Sunshine State of Mind.

17 songs is a lot of songs - and for a debut album, even more so. How did you arrive at that number? How do you know when you have enough, but not too many?

It feels like that whole season and snapshot of life is what these songs are. That was time that I spent with God, with myself, with Brittney, just thinking and trying to get what's inside of me out, you know?I did have to cut out four or five that truly belong on the album, so I might release those down the road.

Were these song ideas ones that you had in the back of your mind or in your hip pocket during all the years you've been part of FGL?

No. These are all brand new ideas and songs and concepts. I just wrote the first one for this album in August of last year. It’s called ‘Boat Names’. I had the idea for the line, “One of these days I'm going to make your name one of them boat names.” And then, “We'll set sail on the Brittney Marie.” I carried that around with me for months and months and months, and then the universe teed that one up for me. That was the song that gave me a lot of confidence, it was definitely the one that started everything. And then spending time with my journal and with God and getting up early and writing down titles like ‘Highway on the Water’, ‘Horses on the Beach’, ‘Beach Cowboy’ made me feel like ideas were just popping out of the sky.

After so many years as part of a duo that doesn’t just perform together but writes songs together, what was it like to write songs without Tyler by your side?

Well, I had taken the whole summer off after we’d turned in our fifth record Life Rolls On. I was really doing some soul searching and just enjoying life, doing everything under the sun and journaling the whole time. I was playing guitar but doing it at my own pace, so it was different than a lot of the writing I've done over the years. You’re trying to give it your all and write hits, but this was a lot more focused. I knew where I wanted to go, you know?

Tyler and I had already been experimenting writing without each other for a couple of years. We’d be on the bus out on tour, and he'd be in the front writing with a group and I'd be in the back room writing with other writers, and then the next day we'd both be up together in the front. Everything was all good.

Was it a hard conversation to have with Tyler when you told him your plans for this album?

No. And it wasn’t just one conversation. It’s always an ongoing one. We were adults about it, and we both want to continue to grow and to support each other in that. We've always been good about communicating and checking in with each other all the time. So it sounds like you and Tyler can co-exist peacefully in these different constellations of artistry. One of the most notable differences between your music and FGL’s is that you are now the frontman. I honestly think some people have no idea what your singing voice sounds like. What’s the feedback been like so far?

I think they know that it's authentic. They know they're getting me. Making our last record was a milestone for us, and then that allowed us to have some more freedom and more creative outlets. We've always kind of said, “More is more and more is better.” And on my end of it, I didn't want to wonder - I didn't want to wait until I was 50 to do this.

So did the timing of this solo project come from that mindset, because there’s no time like the present?

I made a deal with myself long ago: when I felt like the songs were there and I had the songs to sing, I would do it. That was my sign from God. I needed to follow that same gut feeling I had when I first decided to move to Nashville to go chase a crazy dream. Or my gut instinct I had when I met Brittney. I thought, that's my bride. That's the rest of my life. This is that same gut feeling, and it's been very life-giving. These songs have rebirthed something inside of me that make me remember the kid in Ormond Beach catching crayfish. I never want to get too far away from that.

That would explain the common thread that ties all these songs together so nicely. It’s like you pulled everything about that beach – and fishing and boats and water and God and sunshine – into one hour-long album. As you were starting to think about making the album, was there ever any doubt in your mind that you had it in you to be a solo artist?

There were some days early on in the studio that were really hard. But I never let it get the best of me. I never stopped working and I never stopped learning. Now I think I’ve freed up my voice and my spirit, and in doing so I’ve unlocked a lot of my true self. 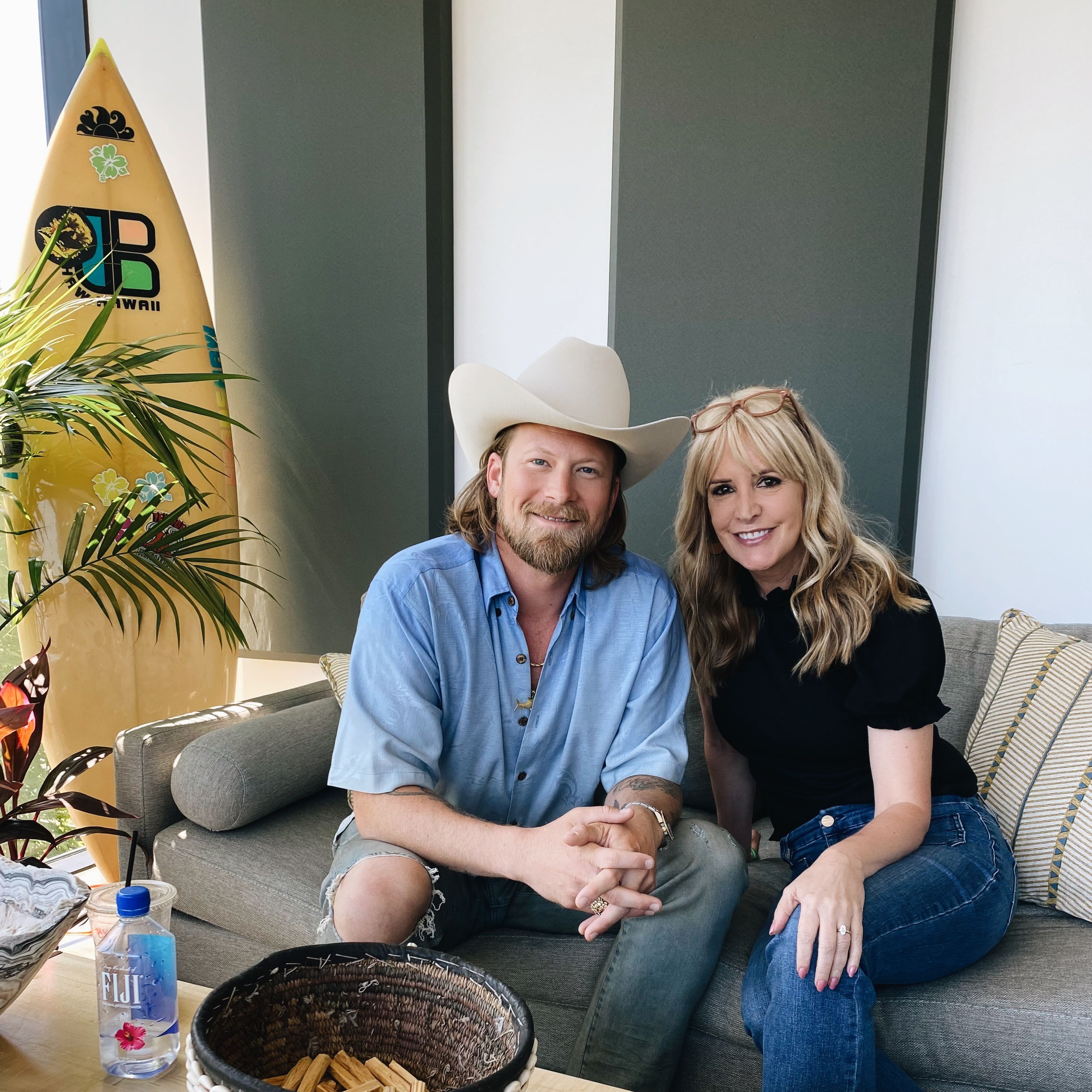 Sunshine State of Mind is out now via Nashville South Records / Warner Music Nashville. Listen to 'Beach Cowboy' below now.