Unsurprisingly, Americana outlier Aaron Lee Tasjan is looking typically glam as we catch up over a call. With his oversized, Elton John-style tinted specs and leopard print hat, he stares down the zoom window at me from his bedroom in East Nashville. You instantly understand why he was invited to join the New York Dolls, so much that you can practically envision it.

His fourth solo album, Tasjan! Tasjan! Tasjan! is imminent, a glorious mash-up of his Anglophile penchants and his passion for Elliott Smith and John Prine, all with extraordinary production and a generous dollop of glam. This time, he was determined to produce his own album – alongside trusted friend Gregory Lattimer – so he paid for it himself. He proved his sceptical record label wrong, who eventually liked what they heard and gave him their thumbs up.

He played all the guitars, brought in several new musicians, and even has “pretty cool, super special guest bass player” Keith Christopher from Lynyrd Skynyrd on one track. Tasjan is a restless soul who constantly reinvents himself and his music – even reverse-engineering a guitar delay to sound like a theremin – constantly moving around, physically and metaphorically, to avoid getting stuck. Buckle up, it’s going to be a bumpy ride.

You move around a lot, I wonder how each place has affected you?

I’ve never really made this connection before - so forgive me for laughing - but what’s interesting about all the places I’ve lived is there was never anything to do there. Whether it was Wilmington, Delaware or San Juan Capistrano, California or New Albany, Ohio they were all just really small towns.

I remember in San Juan Capistrano, there was a bar that had live bands playing that I was too young to go into. So I would walk down there and stand in the parking lot to listen to them through the door, that was as close you could get. My songwriting, recording and playing the guitar was born out of this small-town American boredom.

So being in Nashville must feel ridiculously competitive?

Yes, it’s competitive, but in a good way. Songwriters are competitive – not in the way that athletes are – but if you hear a great song, you really wanna go and make one of your own. So that’s why Nashville is a great place for songwriters, because they inherently understand that and they cheer and egg each other on to do better. 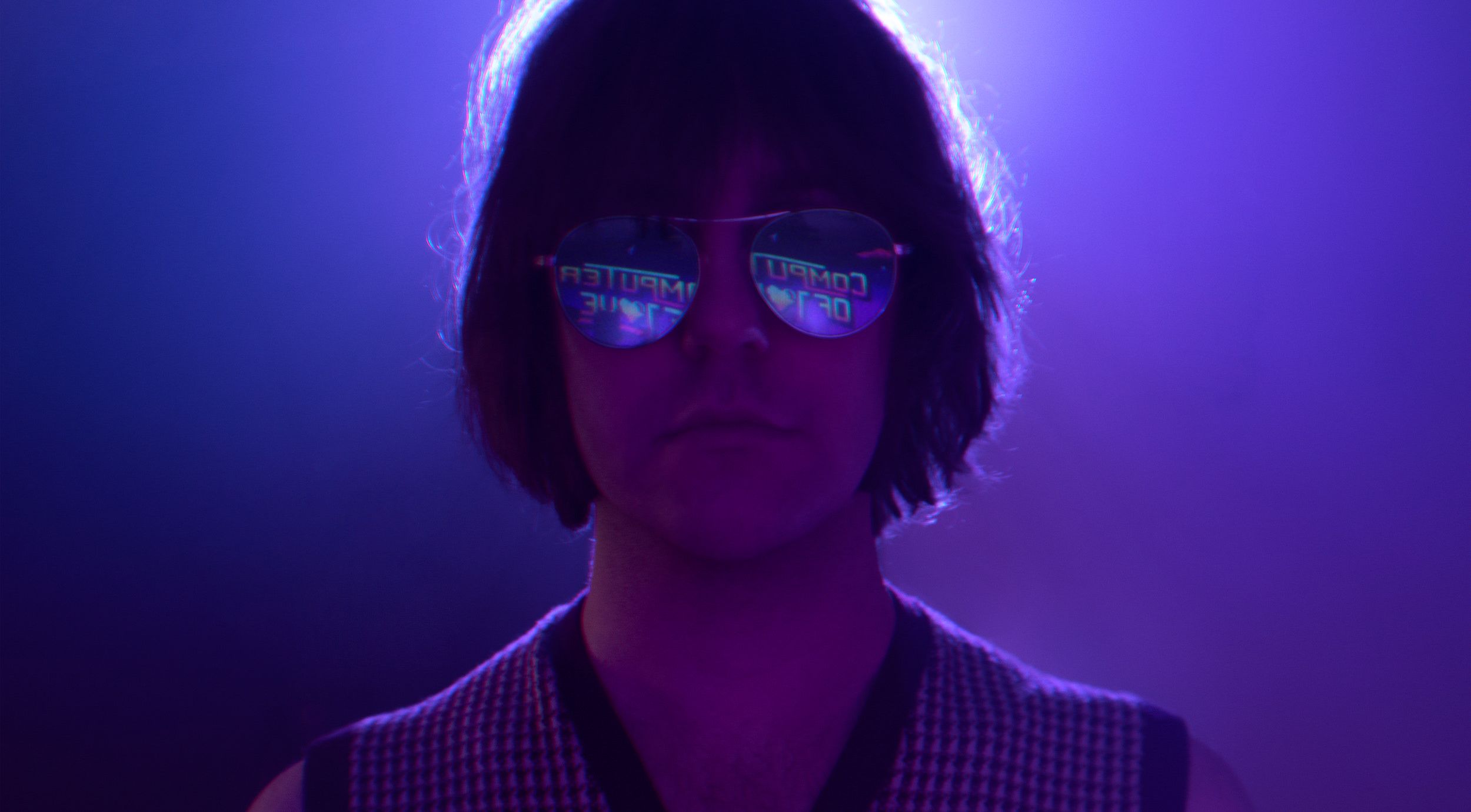 What does Americana mean to you? Does it give you more freedom to push the boundaries?

I think Americana functions the same way that rock ’n’ roll did originally. It encompasses many styles and leaves room for the artist to take it in different directions. That’s what’s exciting to me, and there’s a crop of new, younger artists coming along – Brittany Howard, Lily Hiatt, John Moreland – who all continually knock me out. They are expanding the genre and it feels really cool to be a small part of that.

When you’re writing you obviously evolve with each album, so how do you spark new ideas?

It’s really about getting up in the morning and asking yourself what is exciting – and leaving room for the answer. You get into trouble as an artist when you feel like you’ve figured out “your thing”. Not everybody can be AC/DC and basically make the same album over and over again brilliantly. I have to do something that I’m passionate about, because it allows me to go as far out as I can with it.

A lot of times it's a mixture of American and British music – on this record, mixing those two things together in a way that I hadn’t come up with a concept for. It’s the same as the way Primal Scream manage to mix dance music and rock ’n’ roll. That was the goal on a song like ‘Up All Night’, to have that sub bass there, that four-on-the-floor, that kick drum, to have all these elements.

Because some of the stuff I’m singing about in that song took place when I was dancing in gay nightclubs in Nashville. I wanted that to be present in the music.

You’ve also got completely different songs like ‘Another Lonely Day’?

That was written in an Air B&B in Toronto; we were on tour, opening for Social Distortion and I was just looking for a quiet, plaintive moment when our eardrums were raging from being on tour with a punk rock band - a band I love, by the way!

This is your fourth solo album, so how do you judge your own progress?

It’s about trying to find a place that I haven’t been before that feels real to me, that feels authentic. It’s easy to go off on any direction – which I do – but then I sit with them. On this record, the recording process was so long – I started at the end of 2018 and ended at the beginning of 2020 – so there was time for me to go off on a tangent and come back around and do it with intention.

How important are humour and wit to your writing?

Paramount! The best thing that ever happened to me was when I started writing songs. I was 12 years old, and I played one of my songs for an older musician and he said: “oh man, that’s really cool what you’re doing, it reminds me of this guy, you should check him out”. He gave me John Prine’s Greatest Hits.

As soon as I heard that, it was like the clouds parted and I discovered how powerful a sense of humour can be in a song. I was the class clown, always trying to make people laugh, so to feel like I could do that in a song that was not going to become a joke, that felt really empowering.

You’re quite an Anglophile, so I imagine you like the wit of Ray Davies, but also the glam of Marc Bolan?

Oh yeah. I’ve always loved to dress up, even as a very little kid I remember going to elementary school in a pair of cowboy boots and a red cape, it’s just always been something that’s always turned me on.

What was it like being in The New York Dolls?

Incredible! I learned 35 songs from memory; when I showed up we played about a verse and a chorus of each one. Then David (Johansen, the lead singer) would cut the band off and say: “sounds good!” We got on a plane and went to Lima, Peru, and next day played a soccer stadium to 35,000 people with the B-52s. So it was quite a whirlwind experience.

What did you have to wear for them?

Well, the reason I got the gig was because when they called me they’d seen me in Semi Precious Weapons (his previous group) and said: “are you still wearing all that wild stuff?” And I said: “Yes, I am! That’s me, baby.” Then they said they wanted me to come and play gigs with them. So that was the first question they asked, what are you wearing?

You’ve said that each album is a “living art piece” – what do you mean?

I cultivate a look that goes along with the music; I live in that look for the entirety of that album process. To me, all of that translates when you go onstage. I don’t want to feel like the kind of performer who puts on a costume to go onstage. I dress like this all the time, every day, even during the pandemic. Because it’s who I am! Making that a full part of the album process helps me to embody who I want to be as an artist.

Is there something about being an outsider that makes you more creative?

That’s a great question. I think if you are a little bit outside what people consider to be the norm, it’s easy to feel a sense of isolation sometimes, and that can drive you to want to connect. When you want to connect, you can catch more flies with honey – so you want to make something that’s beautiful, that will invite people in.

Who is a Tasjan fan?

Anybody that ever felt the sense of – “I know that there’s people out there like me, I can’t be the only one”. I always felt that way. I never felt totally alone because I knew I’d read books and knew that the world was a big, giant place.

I knew that the statistical possibility of nobody else feeling the same way was unlikely. But I still felt that sense of wishing that there was a place for me to belong. I think sometimes when you don’t have a place to belong you create your own place.

Can music unite people from different sides of the political divide?

You want to hope that’s possible. Certainly Willie Nelson was able to do that when he was coming up. In America right now you have one political party that is radicalising itself against democracy. I don’t know how many people in America really even realise that it’s happening.

It’s new and terrifying in modern American politics, and it’s really come to a head. Up comes the question; what do we do about Trump? I say we absolutely have to hold this man accountable, because if you don’t, you’re leaving the door open for another autocrat to walk in and do the same thing.

Why should everyone listen to Elliott Smith?

Because Elliott Smith is such a beautiful reminder of the humanity that exists in music and the way in which you can be seen. That’s a big part of connecting with music. He wrote lyrics in a way that you saw yourself in them. Not having Elliott around is like not having John Prine around. I just don’t hear a lot of people that write songs like that any more.

Finally, for comfort listening in a time like now, who do you turn to?

Lately it’s Gordon Lightfoot. I saw a wonderful documentary where he’s driving in downtown Toronto and he sees this big billboard of Drake and starts expounding on the genius of Drake. It reminded me why I love him so much, because he sees the beauty in all of it. That’s in his songs, and that really helps get me through.