The great annual debate of when it’s the appropriate time to begin Christmas festivities was not in question this year for Grammy-nominated artist Josh Turner.

Instead, he found himself getting into the holiday spirit a bit earlier than the average person, with good reason. Since as early as January, he has been preparing for the release of his debut Christmas album, King Size Manger.

Even during an 80-degree photoshoot in the midst of spring, sweating from the winter attire he had on, Turner found himself getting in the festive spirit, excited by the thought of finally releasing his highly anticipated Christmas record.

Turner claims the title track to be one of the best Christmas songs - “if not the best" - he’s ever written. Co-written with Mark Narmore, ‘King Size Manger’ naturally sets the tone for the rest of the project, as it presents a revitalized biblical narrative explaining the true meaning of Christmas.

Making a Christmas record was always on the table for Turner, but with his busy schedule timing never seemed to be in his favor, until now. “This year just felt right,” Turner says.

This collection of wholesome songs ranges from the creative, out-the-box thinking of ‘Mele Kalikimaka My ‘Ohana’ - featuring world-renowned ukulele virtuoso Jake Shimabukuro and Grammy-nominated Hawaiian trio Ho’okena - to the traditional standard that everyone can sing along to in ‘Santa Claus is Comin’ To Town’.

Turner didn’t just cover the well-known songs in the same way many artists do year after year, but instead challenged himself to approach them in ways that haven’t been done before.

He leaves out the overused sounds of jingle bells and anything that the typical festive album would have embraced. Instead, he has crafted something that embodies the true essence of the season; not to replace the established classics, but instead to bring a new life to them, making them his own.

Turner heard most of these Christmas classics for the first time in church, which turned out to be more of a blessing than he realized. It only felt fitting that he add a handful into this project, including ‘Go Tell It on The Mountain’, ‘Joy to The World’ and ‘Angels We Have Heard On High’, which Turner transforms from its original orchestration into a rapturous, Mavericks-esque anthem.

“I started going through all these old songs just trying to see how they struck me,” Turner explains. “With ‘Angels We Have Heard on High,’ I had heard that song a million times, I’ve sung it in the auditorium in Belmont University in a lot of different ways, but it’s always approached in the same way every time you hear it. So I thought, ‘is there a different way you can do this song?’”

In taking such an approach, the album has evolved into the perfect soundtrack for any holiday tradition. It's a Christmas treat that we didn’t know we needed until now, one full of the passion and emotion that he always evokes.

To better understand his love for the joyful season, Turner sums up what Christmas Day looks like in his household. For the Turners, it’s not about the price tag on the gifts, but instead about enjoying each other’s company and feeling blessed for what you have been given.

He explained how incredibly important it is for him and his family to spend this time at home in the South. But before they get to relax in front of the TV together this year, Turner, his wife, Jennifer, and their four boys, had a bit of work to do. Since having them join in on the recording of his song ‘The River (Of Happiness)’, from his 2018 gospel record I Serve a Savior, he knew he wanted to bring his family back in for another project.

So, King Size Manger concludes with a new spin on one of his all-time favorite holiday classics, ‘Have Yourself a Merry Little Christmas’. As the six of them all sing together in harmony across the classic song, the indelible bond between all of them shines through once again, for all to see.

With Christmas Day approaching, Turner reminisces on the music that made an impact on the Christmas season while he was growing up, and why these songs by the likes of Judy Garland, Randy Travis and more hold such a deep meaning in his heart. 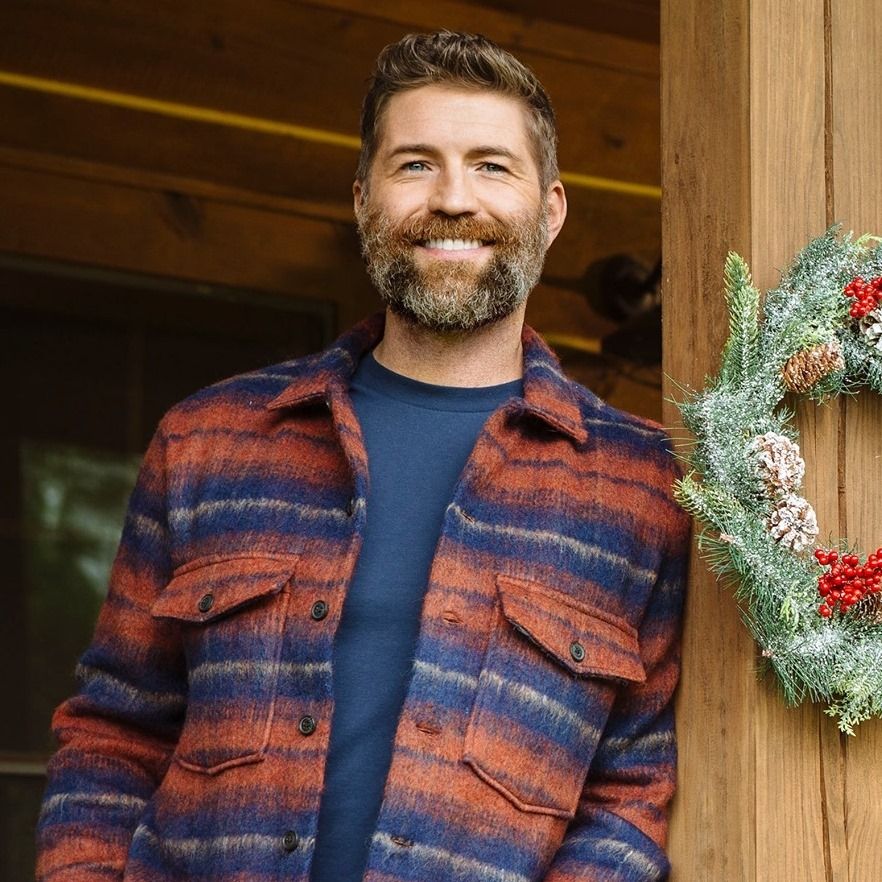 We always had this record playing in the background when I was growing up at Christmas time, so it became my favorite holiday record. ‘Old Time Christmas’ sets the tone for what Christmas is like growing up in the south; it’s all about family and taking that time to celebrate the holidays. This song, in particular, is one of my old school favorites.

Quite a few years ago, I saw this PBS special where the St. Olaf Choir were singing in an old church in Norway. It was one of the most beautiful things I’d ever seen and heard, so I ended up buying the album and the DVD of the show. Now it has become part of our Christmas traditions.

When we’re at home, there are times when we sit down together and actually watch it, but regardless, we’ll usually have the music playing off in the background. It sets such a great tone for Christmas in our house.

Judy Garland – ‘Have Yourself a Merry Little Christmas’

I stopped one day and asked myself, “Why is ‘Have Yourself a Merry Little Christmas’ your favorite Christmas song?” I didn’t really know the answer to that. There was something about it that I just couldn’t put my finger on.

I started doing some research into it and found out that the original version is from a movie called Meet Me in St Louis, with Judy Garland. That made sense, because my favorite musical performance of all time was her version of ‘Somewhere Over the Rainbow’ in Wizard of Oz. Considering the lack of technology they had back then, it showed just how great a singer she was.

I had always been a fan of Garland and I actually bought a box set of her’s earlier this year. Then, lo and behold, I find out my favorite Christmas song was originally done by her. So, of course, it all made sense after that.

John Anderson’s Christmas record is one of my favorites and, for whatever reason, it has actually become quite difficult to find. I’m friends with John, he’s always been a hero of mine and I love the title track of that record. There’s a lot of good songs on there, a lot of nice versions.

Another Christmas single that I loved growing up was this bluegrass song. It has been recorded by many different artists, mainly Dr. Ralph Stanley, who was a big influence on me. This song led Pat McLoughlin and I to write ‘What He’s Given Me’ for this record.

So, Pat was messing around on his guitar, he starts playing something, and I thought it sound pretty cool. Next thing you know, we had written ‘What He’s Given Me’.

Josh Turner's new Christmas album, King Size Manger, is out now via UMG Recordings / Spinefarm Records. You can purchase the record from one of our selected partners below. 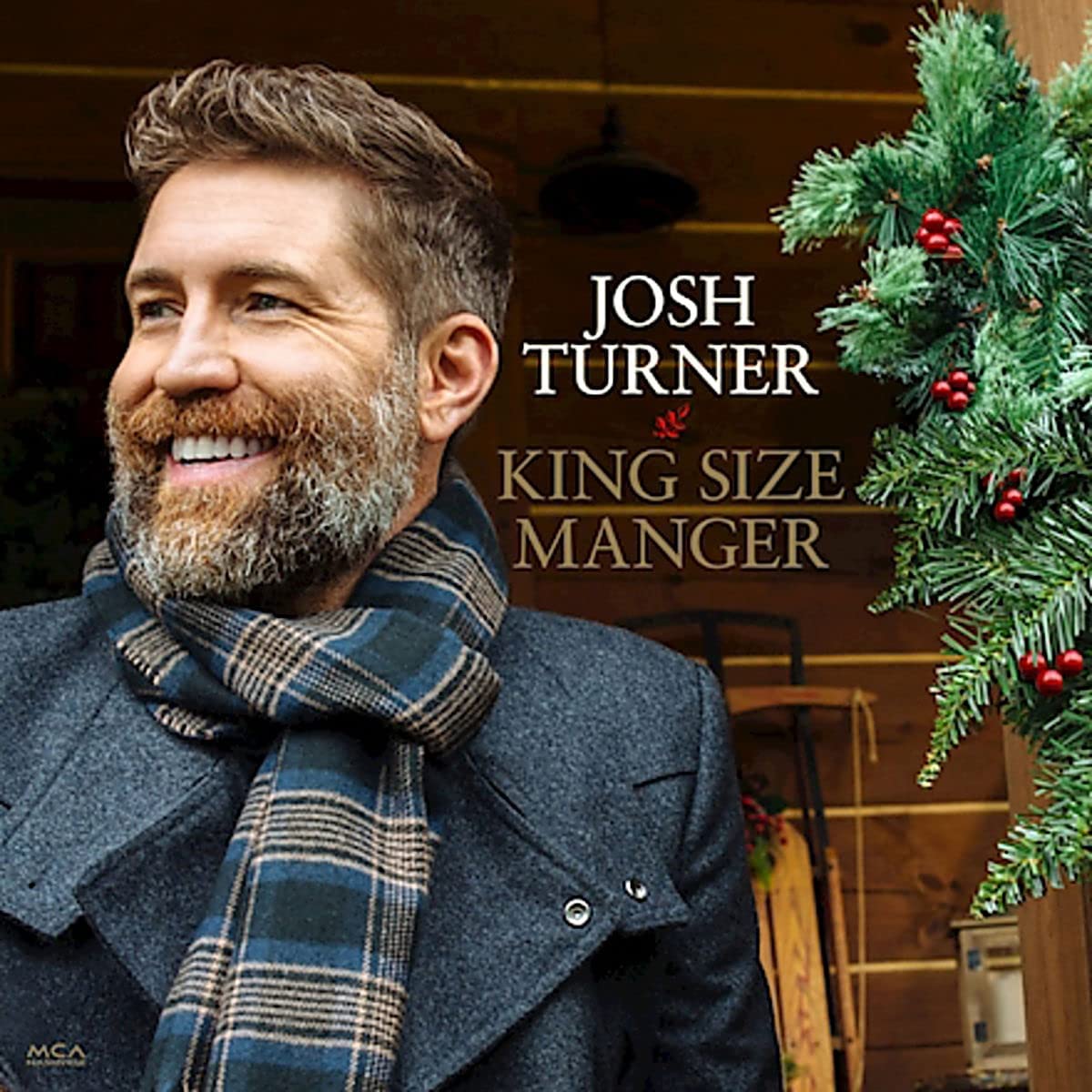