Just knowing this is a Sturgill Simpson album is enough for most, but there's the added bonus that's he creatively let himself off the leash. 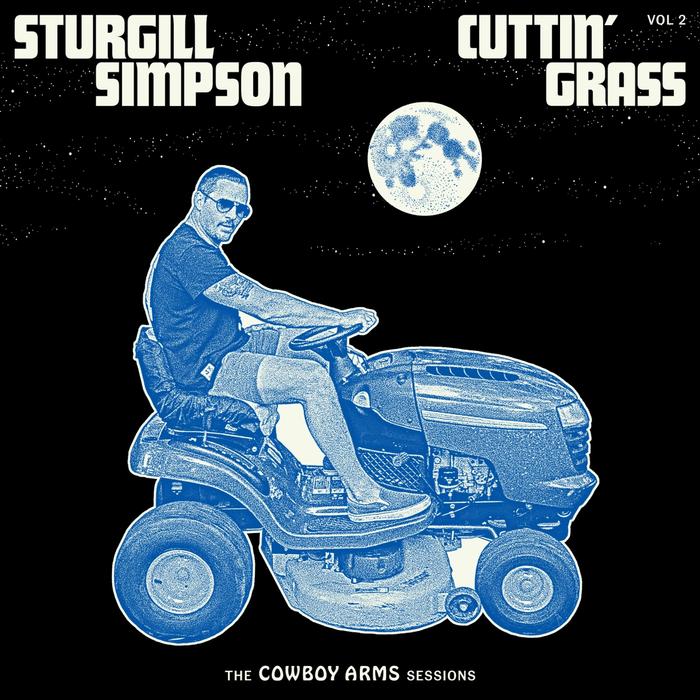 What a year for Kentucky native and alt-country star, Sturgill Simpson. Hospitalised with Covid before recovering, taking stock of his career and then releasing not one but two unexpected bluegrass records.

On Vol.2, he says he’s recorded everything he was too afraid to on Vol.1, making it personal by bringing his family into the picture, particularly across ‘Oh Sarah’, written for his wife of 10 years and the one person these bluegrass records were promised to. Just knowing this is a Sturgill Simpson album is enough for most of us, but the bonus here is he’s let himself off the leash creatively. He’s doing his own thing by going back to his bluegrass roots – following his heart and soul – and pretty much turning his back on his flirtation with rock music, epitomised by his blistering 2019 album Sound And Fury.

On an album that exudes warmth, Sturgill Simpson dips into his back catalogue of classics – including another tune from his Sunday Valley-era and a couple of unreleased gems – and reinvents them, bringing them up fresh as new paint. To achieve this, he’s once again surrounded by his dream team of bluegrass musicians, the Hillbilly Avengers. Cue an absolutely smoking opening from Stuart Duncan’s fiddle, Sierra Hull’s mandolin equalling it for sheer speed, while Scott Vestal’s banjo swings into action in an impossibly joyous version of the Sailor's Guide To Earth favourite, ‘Call To Arms’. Sourced from the same album are the deliciously intoxicating ‘Brace For Impact’, with percussive strumming from Tim O’Brien and Mark Howard on guitar, Simpson’s vocals nipping and tucking throughout as his band relax and spread out across the record. Kept in line by Mike Bub’s bass and Miles Miller’s percussion, the Avengers sound is uplifting, organic and genuinely exciting - across ‘Sea Stories’ and genre-defying track ‘Welcome To Earth (Pollywog)’ they are stripped back and slowed, before let loose on the skidding, skipping ‘Keep It Between The Lines’.

With rich acoustics and gorgeous harmonies, the ensemble reinterpret ‘Jesus Boogie’; a rather punkish song from Sunday Valley, pleading for answers from God from the point of view of Jesus himself. The previously unrecorded ‘Tennessee’ features beautiful Spanish guitar, as “through a haze of whisky tears and misery” Simpson thinks wistfully of his love all the way down in Tennessee, some 210 miles away. The other lost gem uncovered is ‘Hobo Cartoon’, which Simpson co-wrote with the late, great Merle Haggard, finally completing it after Haggard’s passing. Its classic beginning has the singer wishing he was riding a steam train, it feels equally nostalgic for both Jimmie Rodgers and Bing Crosby as he conjures up a vision of “how things used to be”.

Devotees will recognise a trio of titles from Simpson’s 2013 album High Top Mountain, with the emotional lyrics of ‘Hero’ entirely suited to this new treatment and ‘Some Days’ bobbing and weaving with trademark violin and banjo. If you want to sum up how Simpson feels, you only need to listen to the re-written lyrics to ‘You Can Have The Crown’: “Oh Lord, I finally got out of my record deal / and these bluegrass tunes are paying all my meals.” Simply magic.