Whether or not this is cathartic for Steve, it’s apt for a record that’s astonishingly good, brutally honest, and simply heart-breaking. 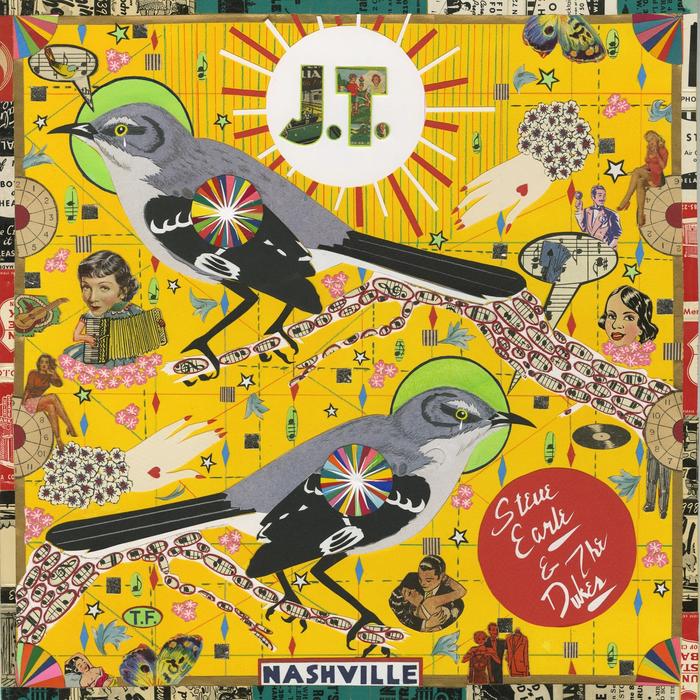 This is the record Steve Earle never wanted to make. To pay tribute to his late singer-songwriter son Justin Townes Earle, aka J.T., who passed away in August 2020, Earle covers ten of his son's songs while writing the final track himself, with proceeds going into a trust for J.T.’s three-year-old daughter. Earle states he made this album, like every record he’s made, “for me. It was the only way I knew to say goodbye”.

It’s an emotional album that never wavers in quality. Thanks to J.T.’s incisive songs and his father’s brilliant band, The Dukes, Earle shows father and son are cut from the same cloth. From the full throttle of rousing opener of 'I Don't Care', Eleanor Whitmore’s fiddle whirls and weaves around Steve’s rapid-fire vocals for something short and sweet. ‘Ain't Glad I'm Leaving’ has a warmer, more laidback live feel, with dobro and steel at the fore of a typically self-deprecating narrative. ‘Far Away In Another Town’ delivers numbed lyrics on weather-beaten relationships and alienation, its vivid imagery of standing outside in the pouring rain, wind blowing just as cold as the sun rises over cold steel tracks, is all the more heart-wrenching in hindsight. With the outstanding ‘Lone Pine Hill’, its duelling fiddle and dobro frame the entire group, Steve’s fluid delivery telling Justin's short story of a Civil War soldier with poignant anti-slavery and war lyrics, showing their shared penchant for a progressive narrative. “I ain't never known a man that's ever owned another / Ain't never owned nothin' of my own / And after four long years I just can't tell you / What the hell I've been fighting for.”

Like father like son, there’s a bleakness and occasional nihilism that courses through both their lyrics. ‘The Saint Of Lost Causes’, the title track of J.T’s final studio album, is a twisted morality tale with swinging guitar, huge drum sounds, sweet steel, and Steve’s harmonica in the down and dirty. The lyrics seem desperate, “I was like a wounded hound backed into a chain link fence / the world at large was just a big mean kid poking me through the fence with a stick.” And even though ‘Harlem River Blues’ feels like a boisterous, up-tempo gift passed back up to his father, you are still taken by the bleakness as Earle rasps about going to the river to drown: “Dirty water gonna cover me over / And I'm not gonna make a sound.”

Steve’s shatteringly stark autobiographical closer, ‘Last Words’, feels apocalyptic. Laced with grief, regret and love, it pulls no punches and it’s hard not to look away. “I don’t know what I’ll do / until the day I follow you / through the darkness to the light/ cause I loved you for all your life.” This also feels like an intimate love letter from father back to son, knowing there’s nothing he could have done, but nevertheless full of unflinching self-examination. Whether or not this is cathartic for Steve, it’s an apt end for a record that’s astonishingly good, brutally honest, and simply heart-breaking.