Teeth Marks may be a slim collection, but in its songs, Goodman somehow manages to pack in more of everything. Not only are they more vulnerable, gripping and immediate -- they’re also, as a whole, groovier. 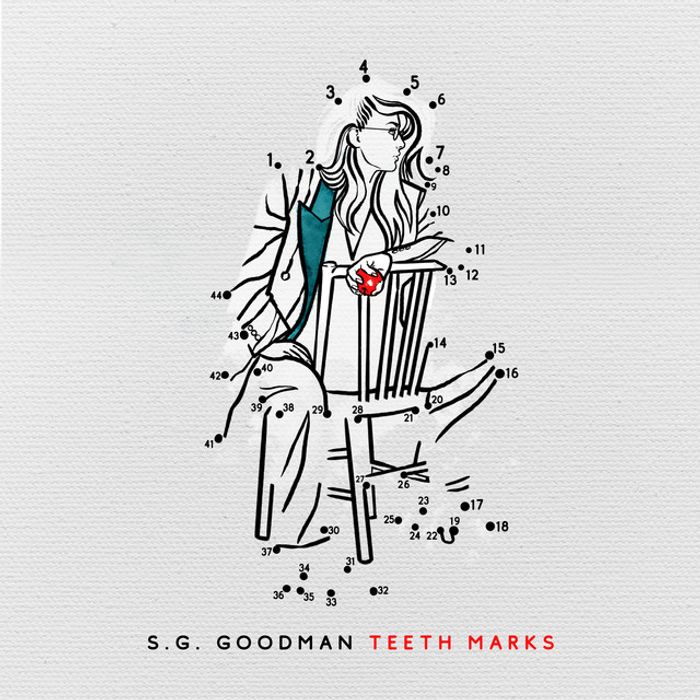 “Oh honey, why would you ever take that trip down South?” S.G. Goodman sings on ‘Heart of It’, one of the 11 tracks on her tender new collection, Teeth Marks. “I let you visit for free each time I open my mouth up”.

Indeed, Goodman is a voice for the South - specifically the often-unseen, complicated, anguished and joyful South that might not necessarily square up with some fans’ perceptions.

She established that Southern voice on her 2020 breakout debut, Old Time Feeling, both literally - with songs like ‘The Way I Talk’ - and as a sharp social commentator. Its songs unpacked the implications of Southern tradition and nostalgia; chronicling the generational poverty, opioid crisis and cancerous sociopolitical divisions endemic to Southern states like her own native Kentucky.

On Teeth Marks, those themes are alive and well. ‘Dead Soldiers’ touches on themes of addiction, albeit with a personal twist: instead of painting broad brush strokes about the South’s addiction crisis, she speaks from the perspective of a person who loves an addict, and is the one picking up all their ‘dead soldiers’ - slang for empty beer bottles - after a bender.

It’s a marker for Goodman turning inward for the next chapter. While much of Old Time Feeling was told from a bird’s-eye view, Teeth Marks is an unflinching foray into some of the most vulnerable, painful moments of Goodman’s interpersonal relationships. ‘Heart Swell’ is her story of opening herself to a platonic relationship with someone who doesn’t return her romantic feelings.

“When you wave that white flag, it hurts,” Goodman has explained, “That’s me just trying to say to myself out loud how it felt transitioning to that space”.

Unrequited love is the subject of the album’s title track, and there’s something pride-humbling about admitting that ‘Teeth Marks’ - something that can be intended as a playful bite - really hurt. “But at some point, you have to face the music and realize, I can make this a lot more painful on myself, or I can just take someone’s word for it,” she reflects. “I can honor myself by saying that this hurts and it’s not what I want”.

As a queer person whose first major-label album placed her sexuality at the forefront of her musical identity, Goodman has had to come to the grips with the fact that many of the people who live the stories she sings about will never accept her, much less align themselves with her voice.

“For years before I was out, I thought if I could make something of myself, then no one could question it. I finally felt like I was doing something that people could be proud of me about, and found out that wasn’t true,” she told Bitter Southerner earlier this year.

“I realized that there weren’t gonna be any sacred moments in my life to them - whether that was getting married, winning an award or any sort of accomplishment - because I’d be doing it while gay,” she added.

That song is years in the making - Goodman thinks she’s been working on it on and off since 2015 - and its gripping immediacy is self-evident. Whether she’s talking about a single person who can’t see eye to eye with things they don’t understand, a corporation prioritizing profits over workers, the country’s response to the opioid crisis, U.S. immigration policy, racial inequality or any number of other issues, the meaning rings true.

But once again, Goodman isn’t content to be a fly on the wall for a broad cultural problem: She follows up the song with a chilling, a capella answer called ‘You Were Someone I Loved’ - slipping into the role of someone who does love this “person or group of people” in an immediate sense, with the ferocity of a mother. “Oh, you child / Just like a momma killdeer / I covered you up, oh I covered you up / You were someone I loved,” she sings, her voice haunting and tremulous.

Teeth Marks may be a slim collection, but in its songs, Goodman somehow manages to pack in more of everything. Not only are they more vulnerable, gripping and immediate -- they’re also, as a whole, groovier.

Taking cues from rock legends like the Velvet Underground and Pavement, she braids riff-y punk rock into her introspective alt-country sound. The results are a far-reaching sonic variation, underscoring an emotional spectrum that’s rangier and more diverse than anything Goodman’s done yet.

S.G. Goodman's 2022 album, Teeth Marks, is out June 3rd via UMG Recordings. You can purchase the album from one of Holler's selected partners below: 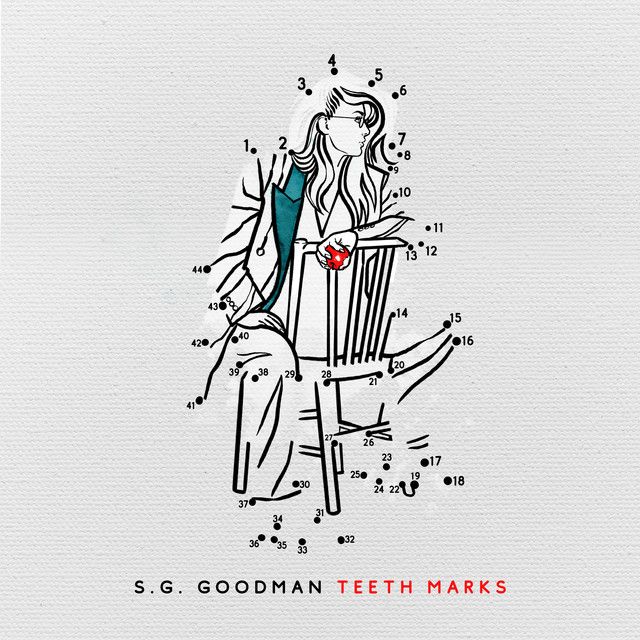