Humble Quest, the third album from country-pop superstar Maren Morris, is a nuanced return to the fold.

Humility is a fraught concept, particularly for women in country music.

This is an industry that often demands that its female singers atone for their dalliances in pop by declaring fealty to the genre that built them. 'Mississippi Girl' - the effusive Faith Hill hit from 2005 that followed underwhelming attempts at pop crossover - is a masterclass in this sort of performance. Few things scream "country" louder than Faith Hill insisting she "Ain't big-headed from a little bit of fame!" over a fiddle-and-steel-heavy arrangement.

By contrast, Humble Quest, the third album from country-pop superstar Maren Morris, is a more nuanced return to the fold. Her last album, 2019’s GIRL, came a year after 'The Middle' — a dance-lite collaboration with German DJ Zedd and EDM duo Grey — whose incredible success showed that a place in the pop stratosphere was open to Morris, if she wanted it. Yet GIRL felt oddly unambitious, a mix of mid-tempo numbers and ballads that hovered nebulously between soft rock and R&B.

For Humble Quest, Morris worked with a veritable who’s who of Nashville songwriters while enlisting key figures from the pop world, including songwriters Sarah Aarons, Julia Michaels and producer Greg Kurstin, most recently famous for his work on Adele’s superlative 30. Kurstin also produced key tracks on GIRL, including the slow-burning smash 'The Bones', which conquered both Billboard's Hot Country Songs and Country Airplay charts, despite containing zero traces of twang.

It may come as a surprise then that the production on Humble Quest is rootsier than Morris' previous work, with shadings of pedal steel, mandolin and dobro giving the album a lived-in feel, despite the conspicuous absence of banjo or fiddle.

Lead single 'Circles Around This Town' is a wonderful bit of autobiography, tracing Morris' rise from struggling songwriter to global superstar while expressing a commitment to remain true to her craft. "Thought when I hit it, it'd all look different / But I still got the pedal down" she sings in the chorus, a restrained (and, yes, humble) expression of her identity as a country artist.

Where Hero, Morris’ much-lauded debut, featured an anarchic assortment of electronic elements, Humble Quest operates mainly in the realm of organic instrumentation. That said, Morris and Kurstin take a broad approach to the genre, treating country as a starting point and exploring other influences.

‘Good Friends’ feels indebted to the India.Arie brand of guitar-inclusive neo-soul, while ‘Nervous’ is a noisy reminder that Kurstin's lengthy list of production credits includes work with the Foo Fighters.

The album is heavy on love songs, an area where even the best songwriters tend to veer unspecific, but here Morris approaches the subject matter with wit and subtlety. ‘I Can't Love You Anymore’, a title which teases classic country heartbreak, is instead a moony sing-along: “I can’t love you any more than I do now,” she chirps along in the chorus. Then there’s 'Tall Boys', a fluttery tribute to Morris' (very tall) husband and collaborator Ryan Hurd, that basically works as one long, impeccable flex.

If old friend and fellow Texan Kacey Musgraves’ recent work can be described as a successful creation of her own musical lane — far outside of an industry that has consistently undervalued and disrespected her — Humble Quest seems to signal that Morris is more comfortable playing by country’s rules, at least for the time being.

“I was polite till I spoke up,” she sings on the title track, perhaps the one moment on the album that reads as a provocation. If history is any indication, more will follow.

Humble Quest, is out now via Sony Music Entertainment. You can purchase the record from one of Holler's selected partners below: 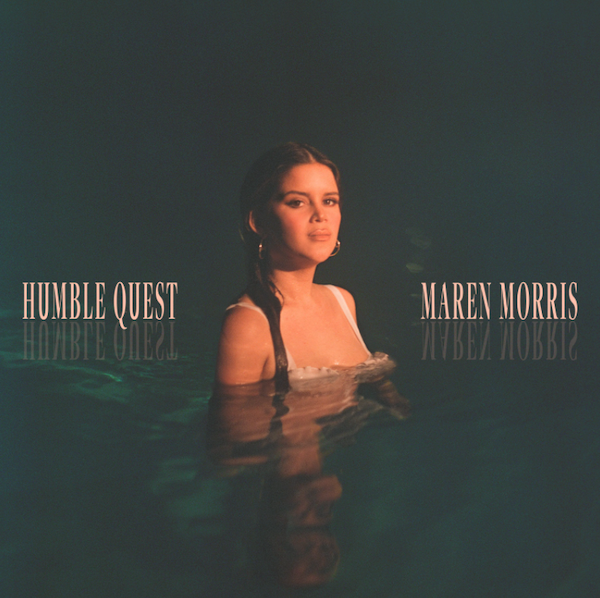