Relish in this sumptuous look back into an Americana that may have never existed other than in the mind of Ben Schneider. 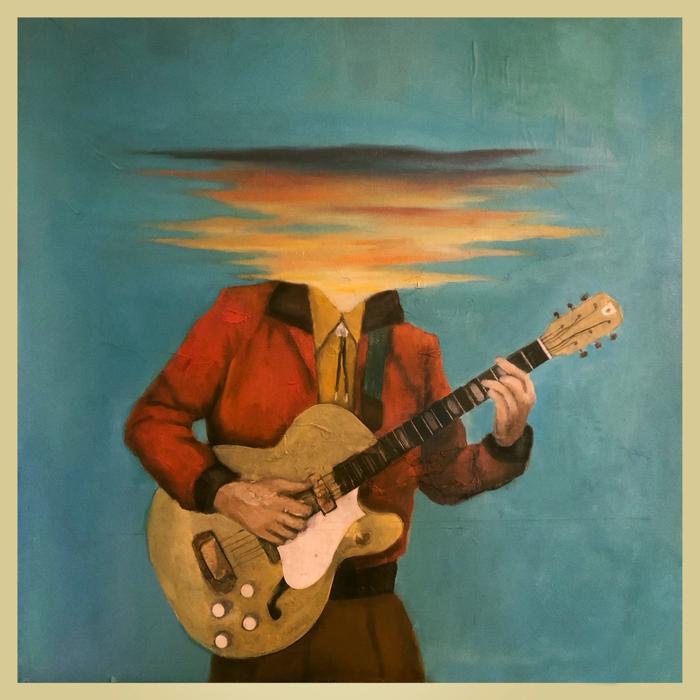 Some albums arrive without much fanfare or hoopla. Lord Huron’s Long Lost is not one of them.

In anticipation of this fourth LP, the indie-folk four-piece have been doling out videos from their Whispering Pine studios since January of this year. Some are live in-the-studio performances of older tracks, often drenched with blotchy psychedelic colors. Others are retro, early-60s-styled clips with found footage of old Westerns and other scenes. All are artsy, edgy, eerie, and occasionally experimental - but always interesting, like something David Lynch might concoct in his daydreams.

That experimental nature matches the music on Long Lost. There’s a pensive vibe that moves between retro rockabilly and country across all eleven selections, and one long strange closing piece, that incorporates elements of Chris Isaak’s similarly styled Americana. Sporadic nods towards lavish, widescreen Phil Spector-esque production brings an additional filmic quality to much of the material. Lord Huron’s music sounds like little else, and they continue making distinctive artistic choices on Long Lost.

Huron frontman, producer, songwriter and visual artist (he creates the paintings seen in many of the disc’s graphics and videos), Ben Schneider has a smooth voice, like Rick Nelson or either of the Everly Brothers. He has a focused vision that involves creating soundscapes that exist out of time. It’s not dated, but the reverbed guitars, Spaghetti Western-twang, noir-tinged vibe and opulent string-swamped production aren’t pinned to the contemporary moment either. Those instincts, which blur time and genres, make Lord Huron’s sound so unique and visionary.

Long Lost feels like it’s meant to be heard in sequence during a single sitting, although at an hour long, that’s unlikely to happen often. Short interstitial skits that seem to be taken from an old 60s TV show, or crafted to imply that, also punctuate the flow. The opening ‘Mine Forever’ establishes the mood with its smooth countrypolitan groove and twangy Duane Eddy guitar. There’s a clear sense that Schneider is referencing an earlier era in country pop although refracted through a slightly askew prism. Lyrics about longing, lost love and redemptive or dissolving relationships are secondary to the often audacious production and sound. Early single ‘Not Dead Yet’ takes doo-wop, meshes it with rockabilly and Roy Orbison to create something undeniably catchy, yet dreamlike, in its combination of genres.

The title track ballad, with its strumming guitars, otherworldly backing vocals and expansive tumbleweed ambience is perfect to play over the closing credits of an old Western flick — something the videos also reference. The slow dance sensibility of the windswept ‘Drops in the Lake’ brings dusky folk into the fold as Schneider croons over strings, bowed saw and reverbed guitar bringing the approach of legendary soundtrack composer Ennio Morricone into the equation.

Unfortunately, the disc closes with a bland, nearly 15-minute, ambient, unfocused instrumental, ‘Time’s Blur’ that goes nowhere and takes forever to get there. It’s unnecessary and leaves what is an otherwise wonderful listening experience on the wrong closing note.

Ignore that and relish in the rest of this sumptuous look back into an Americana that may have never existed other than in the mind of Schneider, an auteur who crafts this delightful, sometimes challenging conceptual piece without a hint of pretentiousness or affectation. It’s a major work from an important band, one that hopefully doesn’t get Long Lost in the hectic music industry shuffle.

Long Lost is out now via Whispering Pines / Republic.