Loney Hutchins - Buried Loot: Demos from the House of Cash and Outlaw Era, ‘73-‘78

A double-album’s worth of 70s recordings never intended for public consumption, Buried Loot is a treasure trove of lost outlaw country classics. 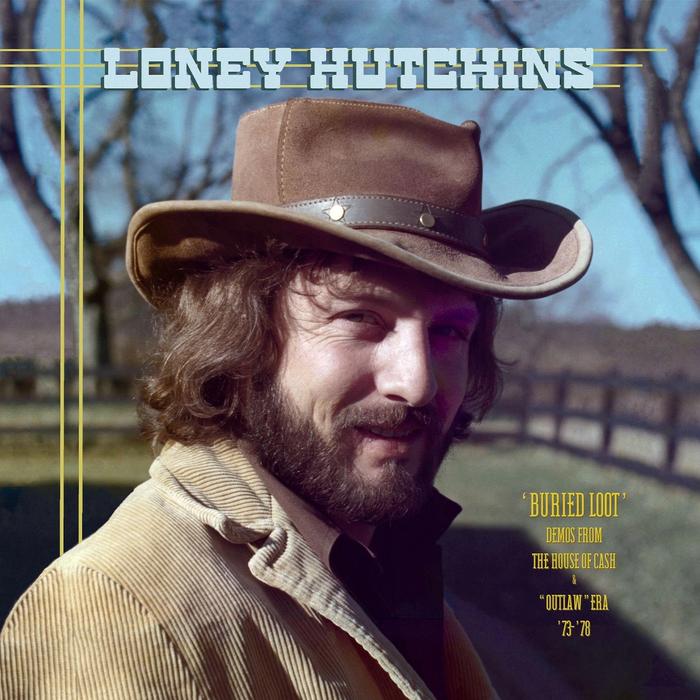 Outside of a small circle of lucky insiders, most of the world has never had the opportunity to hear Loney Hutchins’ recorded output from the 1970s. Fortunately, he's now decided to open the vault of tapes he’d been sitting on for over 40 years.

Now, with Buried Loot: Demos from the House of Cash and Outlaw Era, ‘73-‘78, it’s impossible to imagine outlaw country without him. From the very first strains of ‘Pinball King’, the music - anchored by Hutchins’ stout voice - whisks us back to what we now view as a creative golden age. As these recordings show, he was right at the heart of it.

Hutchins, who worked for Johnny Cash’s publishing imprint House of Cash for a five-year stretch during the 70s, has remained active as a singer-songwriter and bandleader since arriving in Nashville in 1972, but didn't exactly pursue household-name status.

After releasing his debut album Appalachia in 1979 (later re-worked as Appalachia Music), he found modest chart success in ‘86 and ‘87, with the singles ‘Cumberland River’ and ‘Still Dancing’. From there, though, he redirected his energies toward music therapy; writing and performing for survivors of traumatic brain injury, along with trying his hand as a restaurateur.

In 2009, Hutchins resurfaced with his second album My Tennessee Hills, made with the help of his son and fellow musician, Loney John Hutchins (founder of the Cleft Music label). Though My Tennessee Hills marked a return to his country stylings after mainly focusing on bluegrass, it doesn’t prepare the listener for Buried Loot; a 24-song tour de force that sets the table for a fresh blend of rustic Appalachian, blues and soul music he would come to unveil.

Initially hired by House of Cash as a staff songwriter, Hutchins eventually managed the label, a responsibility that called for him to prepare demo versions of songs written by artists Cash had signed to publishing deals. Cash would pick through the finished recordings, sometimes deciding to cut certain songs himself. Hutchins would then pitch the others to notable Nashville producers like Chet Atkins and Owen Bradley, in hopes of enticing them to work with the artists.

If Hutchins and in-house engineer Charlie Bragg weren’t hung-up on nailing perfect takes — the goal, after all, was to get someone else to record them — you certainly wouldn’t know it from listening to what they ended up putting down.

Back in the 70s, it was customary for demos to be recorded in full-capacity studios, with access to the same quality of gear as the sessions that would yield definitive versions of the same songs. Since Hutchins and Bragg also worked with the top-flight session musicians of the time (longtime Elvis Presley drummer D.J. Fontana, Dolly Parton live drummer Tom Jones, steel guitarist Lloyd Green, etc.) Buried Loot comes across as polished and as fleshed-out as any ‘real’ classic album of the era.

“I had learned to hoe tobacco by the time I was 8 years old / chop wood for the stove,” Hutchins drawls over a tinny acoustic guitar on ‘Paradise,’ a love letter to his native Appalachia. According to the liner notes, Hutchins grew up “literally barefoot and dirt-poor”, a background that gave him an immediate kinship with both June Carter Cash and songwriter Hazel Smith.

Hutchins’ complete lack of affectation is part of what makes his performances so startling. Across the 20 tracks he wrote himself, Hutchins strikes a rather personable balance between larger-than-life charisma, self-effacing humor and a yearning for both love and home.

One can imagine Johnny Cash grinning on first hearing Hutchins channel his singing style as a n’er-do-well husband on the call-and-response duet ‘I Do Declare,’ as well as the Cash-penned ‘Daughter of a Railroad Man’.

On a purely musical level, Hutchins was masterful at hiding the seams in his compositions. ‘Wouldn’t Say It If It Wasn’t So,’ for example, draws as much from traditional British folk as, say, Richard Thompson and late-’60s Jethro Tull - with enough twists and turns to match the latter.

Hutchins integrates these features so smoothly that they sound at home within a country framework. As one tune curtsies to make way for the next, he varies the recipe just enough—with an apparently innate sense of discretion that always keeps the song in the spotlight.

It would be impossible, in fact, to overstate the charm these songs convey. Breezy and effortless, Buried Loot sprawls to double-album length without wearing out its welcome. You have to wonder how much more buried treasure there is by figures like Hutchins, but for now, we should rejoice in being able to add another essential work to the outlaw country songbook—and to the canon as a whole.

Buried Loot: Demos from the House of Cash and Outlaw Era, ‘73-‘78 is out Friday, Dec. 10th via Appalachia Record Co. You can pre-order the record from one of our selected partners below: 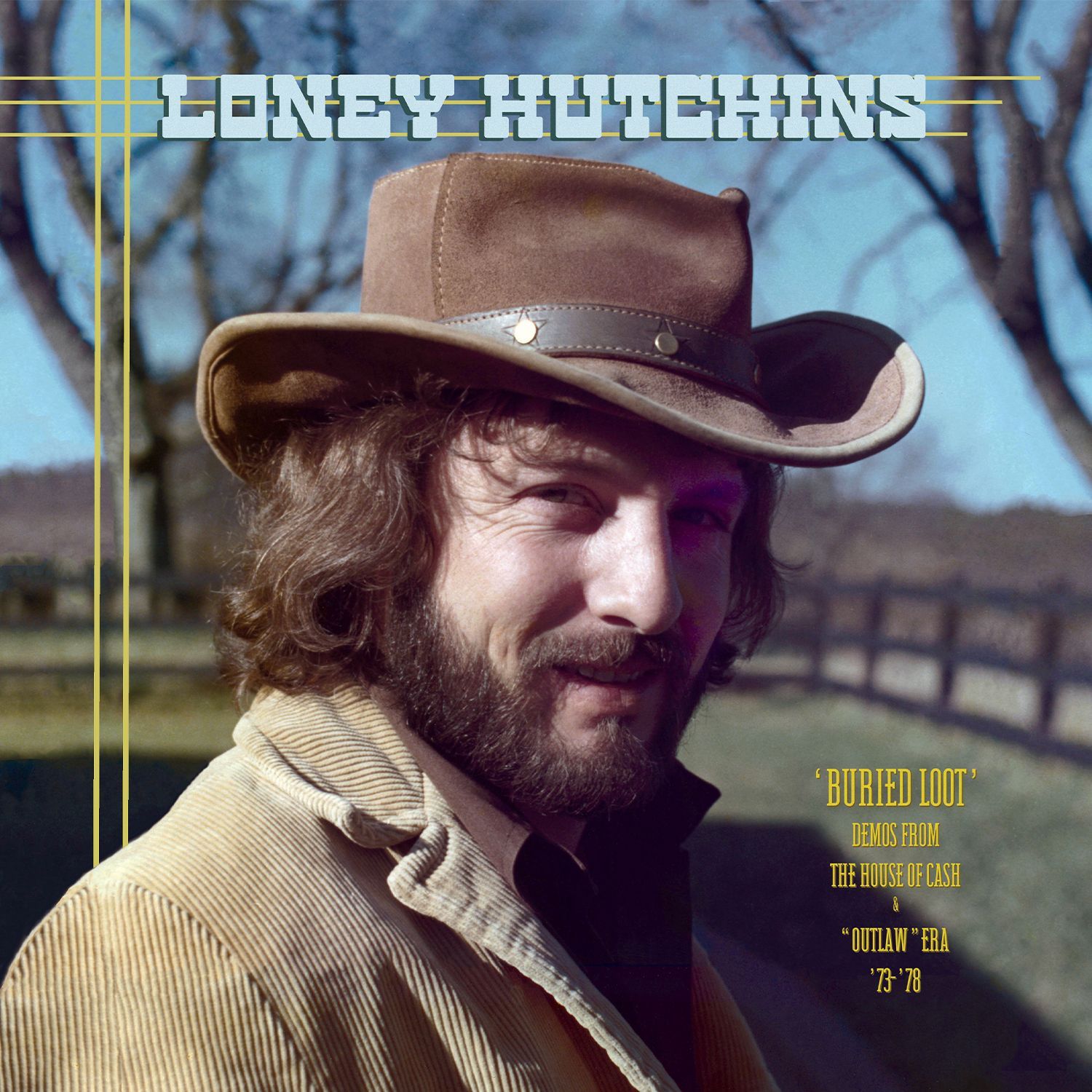