He’s got the tunes, the twang and the delivery. Call it what you want – poetic country rock, singer-songwriter folk, or muscular Americana – this first solo collection from John R. Miller feels like a genuine leap into the big leagues. 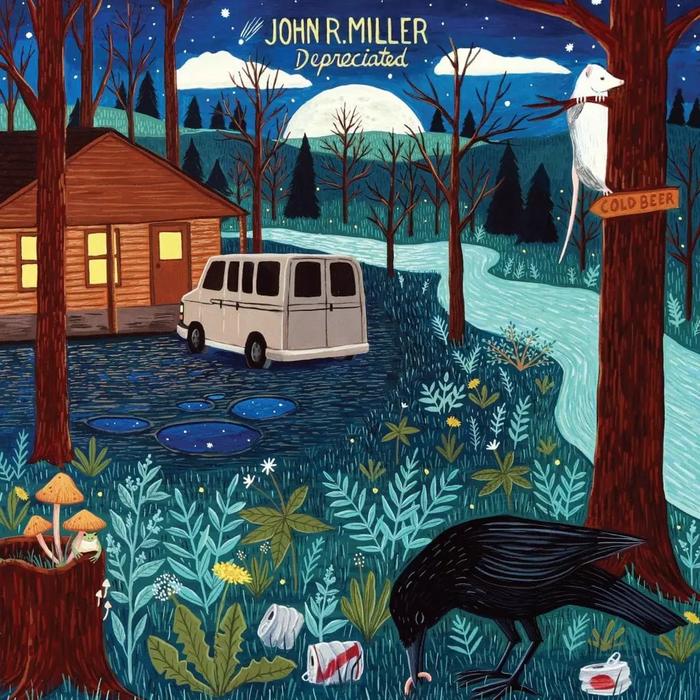 Long-time Holler favourite Tyler Childers already sings the praises of John R Miller, and once you start listening to this, Miller’s debut solo album, it’s hard not to agree.

Hailing from West Virginia, with parents who both worked in healthcare and conflicted feelings about his roots, he’s previously turned heads as leader of indie band, The Engine Lights.

As a solo artist, he’s taken many of these qualities – and some existing compositions – forward, carefully imbuing every corner of this record with a sense of place, while managing to wring fresh new imagery from potentially hoary old subjects.

You can sense his pleasure at lingering on turns of phrase that trip off the tongue, those that wholly suit the witty arrangements of his tight-knit band. When necessary, he’ll step up with his own fine guitar-playing, but Miller is equally happy to take a back seat when the fiddle and mandolin come to the fore.

Miller isn’t afraid to embrace uncomfortable feelings of regret as he searches for meaning, the contemplative closer ‘Fire Dancer’ offering echoey guitar, a bit of organ and a touch of the Merle Haggard in his impressive vocals.

Then there’s ‘Lookin' Over My Shoulder’, a funky, swampy New Orleans delight, with vocals reminiscent of vintage Prine and Hiatt alongside a band that’s clearly having fun.

There are more Prine-line licks on ‘Faustina’, with its acoustic guitar and haunting steel building a contemplative country sound, as Miller evokes the nihilistic imagery of cigarettes outside an empty bar, months of bad food and bare hands trying to stop the rain from pouring.

You can sense Miller’s broad musical passions across the record; one moment, he’s creating a hoe-down that nods to the buzzing, organic feel of Bruce Springsteen and John Mellencamp in their occasional country folk forays – before crafting an instrumental like ‘What’s Left of the Valley’, with his entire band plucking, droning and soaring in the round.

Reminiscent of John Martyn or JJ Cale, it instantly transports you to a warm Saturday evening at Cambridge Folk Festival. ‘Coming Down’ is slowed right down and fiddle-driven, Miller talking of pointless jobs and lonesome songs while pushing back against nostalgia and going home. You can even detect some of the wit of early Lyle Lovett in ‘Motor’s Fried’, with its picked instrumental accompaniment and the warmth of familiar homilies.

He’s got the tunes, the twang and the delivery. Call it what you want – poetic country rock, singer-songwriter folk, or muscular Americana – this first solo collection from John R. Miller feels like a genuine leap into the big leagues.