The duo plainly love this music, but instead of just covering musty classics, have crafted new songs every bit as genuine. 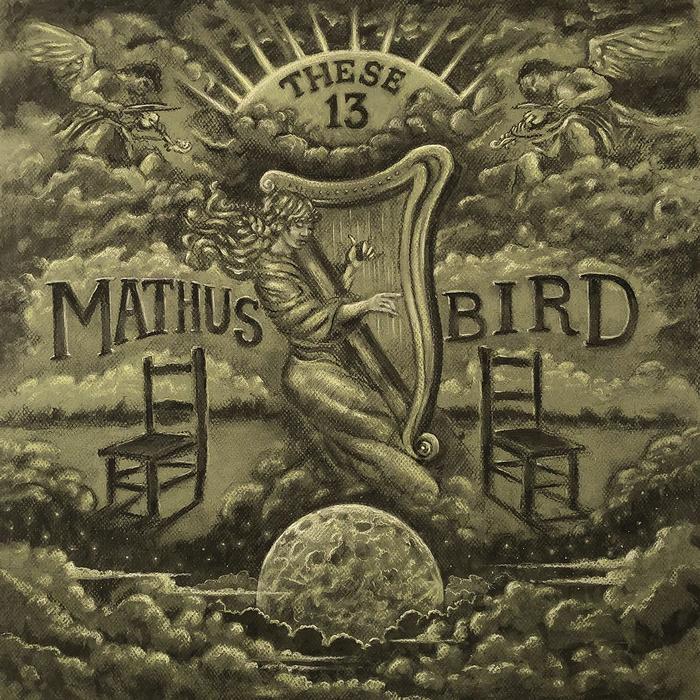 Don't be misled by Jimbo Mathus and Andrew Bird’s previous association in the original Squirrel Nut Zippers. That occasionally boisterous mid-90s outfit – with their rooty-toot-tootin' mix of big band swing and New Orleans hot jazz - is light years away from the defiantly stripped down music on this alluring, often freewheeling outing.

They haven’t recorded together in over 20 years, but both stayed busy - really busy. Fiddle player/singer/songwriter Bird became a headliner of medium sized venues, as he rolled through sixteen wildly eclectic and increasingly popular solo albums that mixed folk and edgy pop along with strains of jazz, classical and rock. Mathus has likewise kept his rootsy fires burning – his series of generally low key, some may say ragtag, efforts specialized in a raw blues/folk/country style. He also worked alongside other similarly inclined American musicians like Alvin Youngblood Hart and Luther Dickinson in the South Memphis String Band,whose lone 2012 release is well worth searching out.

Despite both their profilic careers – this is Bird and Mathus’ first collaborative recording. The 13 spare, acoustic tracks find the duo mostly playing guitar and fiddle (with banjo and pump organ added for good measure) as they reach back, way back - to a rustic classic sound combining unadorned blues, country, and gospel. The baker’s dozen of co-written originals are so true to form and organic that, without reading the credits, the listener might mistake these for obscure Carter family tracks from the ‘30’s and ‘40s. Mathus and Bird take this music seriously, maintaining the somewhat ghostly, ominous string-based approach without a hint of affectation or posturing. Bird’s more mellifluous voice is offset by the gruffer, swampier singing of Mathus, the combination cohering remarkably well as the twosome dig into ballads, waltz-timed country and laid back bluegrass with an authenticity that is clearly heartfelt.

Songs about occultists (‘Bell Witch’), death (‘Stonewall 1863’, ‘Sweet Oblivion’), gambling (‘Jack O’ Diamonds’) and of course matters of romance usually gone wrong (‘Burn the Honky Tonk’, ‘Beat Still My Heart’), touch most of the standard country tropes. But even if the topics seem clichéd, the concepts are never stale. These lyrics and performances are so unaffected, fully realized and honest that they don’t feel stilted or, perhaps worse, a caricature of the deep rural influences Bird and Mathus have internalized. The duo plainly love this music, but instead of just covering musty classics, have crafted new songs every bit as genuine.

Bird’s fiddle swirls around Mathus’ stark guitar on the story of the womanizing ‘High John’ and the otherworldly pump organ sounds of the brief instrumental ‘Bright Sunny Southland’. The chugging rhythm of ‘Sweet Oblivion’, with both voices harmonizing as they reflect on earlier days, are examples of how bittersweet and sporadically chilling these tunes are.

The closing ‘Three White Horses and a Golden Chain’, the longest and most emotionally wrenching selection, describes the process of dying with beauty and sadness. Only the hardest heart won’t be tearing up as Bird’s famous high lonesome whistle and droning fiddle leaves the record on a particularly spectral note. It closes out Mathus and Bird’s soulful and warm partnership on music few others could create this casually and flawlessly.

These 13 is out now via Wegawam Music Co & Southern Broadcast