James McMurtry has always been one of Americana’s finest artists, but with The Horses and the Hounds, he even bests his previous work for an album undoubtedly on the shortlist as one of 2021’s finest. 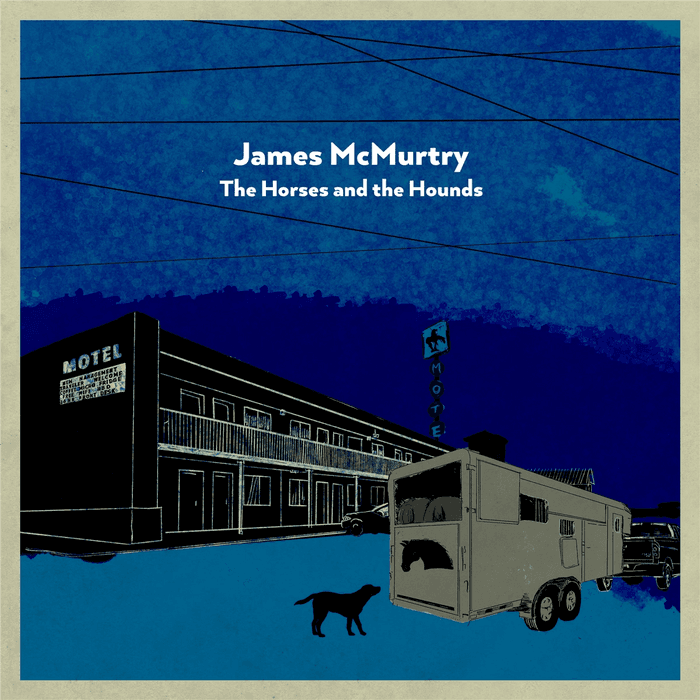 Time was when you could count on a new James McMurtry album, filled with his picturesque storytelling and sharply observed writing, every three years. That hot streak cooled after 2008’s Just Us Kids. We had to wait seven years for 2015’s Complicated Games and now another six for this. But one listen to any of the 10 tracks on The Horses and the Hounds and it’s clear why it takes McMurtry so long to create his music.

Like his iconic father, novelist Larry McMurtry, James creates detailed stories filled with distinctive personalities, but fashions them within the context of four-minute songs. He’s been at it for over 30 years and just keeps improving with The Horses and the Hounds, his latest and arguably finest in an already impressive catalog.

From the opening ‘Canola Fields’, where the protagonist reflects on an unrequited relationship while crossing the titular territory in Southern Alberta, to the treatise on how soldiers who protect the country are ignored in ‘Operation Never Mind’ (“We won’t let the cameras near the fighting / that way we won’t have another Vietnam”), the singer/songwriter finds a perfect balance of pathos and humility to drive home his stories of the working class.

There has seldom been a more devastating and accurate description of a middle-aged backing musician who leaves his family behind to stay on the road than in ‘What’s the Matter’. The lyrics - “Blood pressure’s up and I gotta take pills / If the food don’t kill me, the alcohol will / Know it ain’t healthy, but this is what I do”- capture the frustration and dead-end nature of a life the vocalist never thought he would be resigned to.

McMurtry channels his songs through his gruff yet sensitive talk/singing baritone as if he’s exporting them straight from his heart to yours. His literate rhymes are sharp, natural and never forced, arriving fast and furious in every verse and chorus. It also helps to have Ross Hogarth, a talented producer/mixer, in to sculpt the sound. Along with a band led by guitarist David Grissom, the combination crafts tough, sturdy Americana that supports McMurtry’s poetically visceral sketches of those trying to keep afloat, in a world where dreams die quickly.

The album’s most unusual moment is on the near funk/ rap of ‘Ft. Walton Wake-Up Call’, where McMurtry assumes the persona of a truck driver trying to navigate a crumbling relationship while driving his rig from Florida to Atlanta, complaining about “losing my glasses”. It’s wryly funny, sad and spoken with the ironic style of a. Tom Petty or J.J. Cale - the soulful backing singers offering extra spice.

Each selection could be expanded into a motion picture; likely a grainy indie flick, perhaps filmed in black and white. McMurtry defines his characters with the eye of someone who knows them well, perhaps better than they know themselves. That imbues this set with a cinematic quality few other songwriters of his generation can match.

James McMurtry has always been one of Americana’s finest artists, but with The Horses and the Hounds, he even bests his previous work for an album undoubtedly on the shortlist as one of 2021’s finest.