There aren’t many artists talented enough to pull off a concept this uniquely creative and idiosyncratic without a hint of pretension. But Israel Nash has honed this territory for a while. The result is an immaculately constructed, filmic album that’s both expansive yet personal. 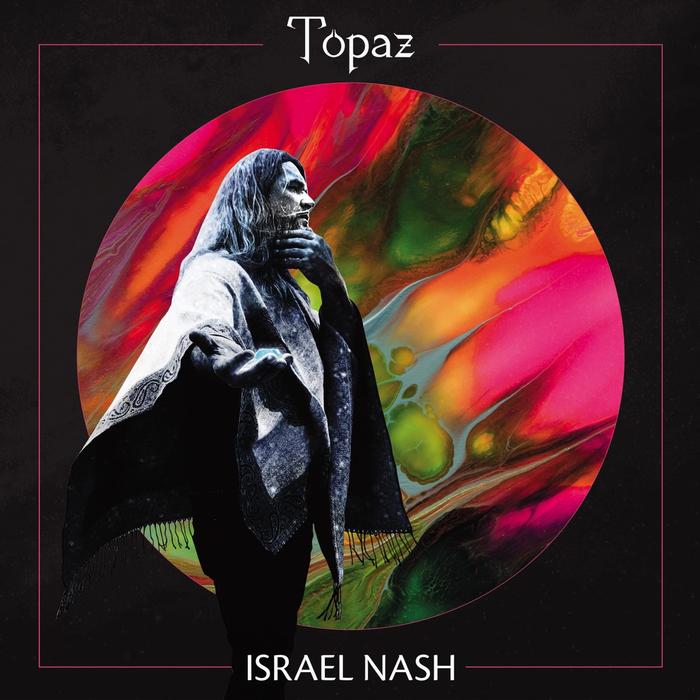 Some roots performers prefer to strip their music down to the basics. Israel Nash is not one of them.

Rather, Nash and producer Adrian Quesada (of the Black Pumas) layer instruments and backing vocals creating if not quite a Phil Spector sized wall of sound, at least a widescreen one, bringing weight and intensity to songs that align perfectly with that structure.

Those following Nash’s career are well acquainted with this method. The Missouri-born musician, who holds a master’s degree in political science, began in New York City with the scaled back yet riveting drama of his 2009 debut appropriately entitled New York Town. A move to Texas stretched his artistic borders, most obvious as 2015’s Silver Season infused subtle psychedelic elements to his already diverse influences. Many recognized links to Neil Young’s early work, specifically Déjà Vu’s ‘Country Girl’ suite, in Nash’s spacious scope, reedy yet compelling voice and forlorn harmonica.

The Young comparisons remain but take a back seat on Topaz, Nash’s sixth studio effort and first since 2018’s similarly styled Lifted. This music was recorded and tweaked over the course of a year, and it sounds it. Having the benefit of a studio 600 feet from your house in the Texas Hill Country, not far from Austin, plays a major role. That makes it possible to record ideas when they arrive from the muse, not scheduling studio time and forcing inspiration as the hours and dollars tick by.

The laconic lope of the opening ‘Dividing Lines’ exemplifies Nash’s approach. It starts with relatively sparse instrumentation but gradually swells to full blown cinematic bluster, as he adds gospel backing singers, horns and ups the reverb for a treatise on a dissolving relationship. “Love runs and hides/Every time… it’s around”, he sings, tempting listeners to press repeat so they can appreciate once more the multiple coats Nash splashes on his aural canvas.

The evergreen topic of life on the road curls around the atmospherics of ‘Closer’, where Nash reflects on “Strumming chords / Making friends / Rolling j’s / And losing money.” He pumps a Memphis vibe in ‘Down in the Country’, as subtle horns bring the R&B for a full-blown mid-tempo track that finds Nash combining his multitude of influences - R&B, swampy country, bluesy pop - around a smoldering groove.

Despite the title of the previous tune, this isn’t country music. Instead, Nash crafts an eclectic sound comparable to that of My Morning Jacket; rootsy, soulful and sprawling without going over the top, regardless of how many overdubs or musicians (as many as 10 on some tracks) are involved. Selections like the romantic ‘Stay’ (“Baby my heart’s hanging/ Onto every word you say”) seem made for Hall & Oates in their prime.

There aren’t many artists talented enough to pull off a concept this uniquely creative and idiosyncratic without a hint of pretension. But Israel Nash has honed this territory for a while. The result is an immaculately constructed, filmic album that’s both expansive yet personal. It’s an impressive achievement, one that commands attention and should elevate Nash to the forefront of iconic contemporary singer-songwriters, where he clearly belongs.